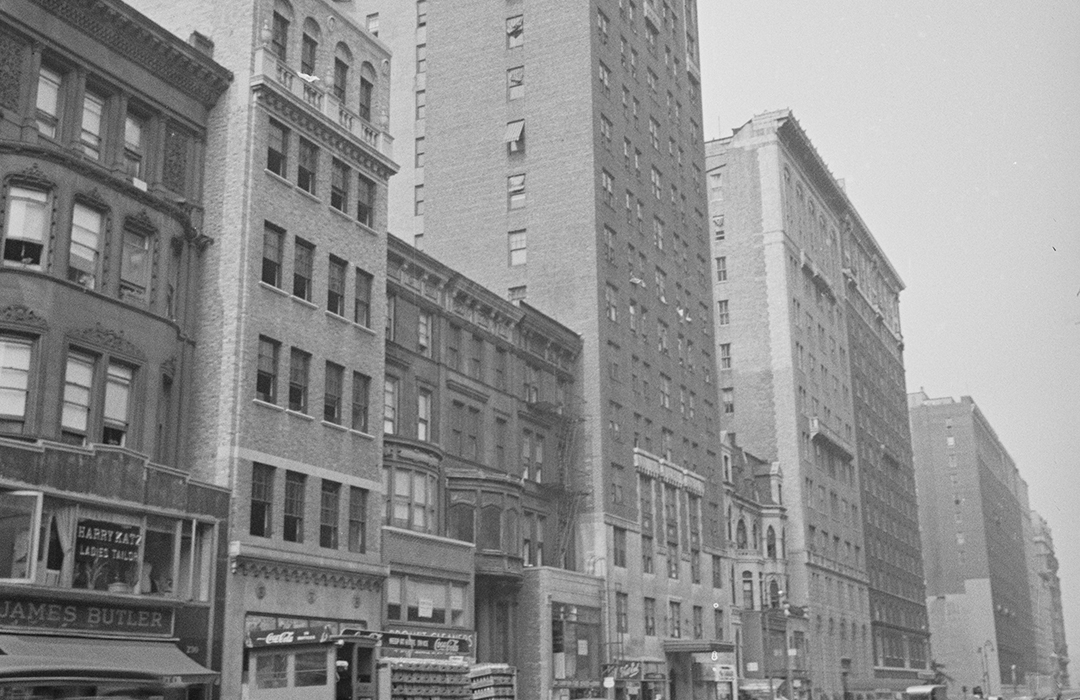 In 1927 George and Edward Blum demolished the old buildings at 244 through 248 West 72nd Street and began construction on a modern apartment building.  The brothers, who acted both as developers and architects, were quickly making a name for themselves with their Jazz Age residential structures.  Completed in 1928 and faced in ruddy red brick above a three-story stone base, it was a Depression Era take on Mediterranean Revival architecture.  On either side of the pointed-arched entrance were stores.  On the upper floors, terra cotta ornaments, pretending to be Juliette balconies, clung to the façade.  The stepped roofline was decorated with more terra cotta elements.

The building filled with a wide variety of tenants.  Florence G. Ockendon was among the initial residents.  She was married to millionaire restaurateur George W. Ockendon, known nationally as Billy the Oysterman.  She moved into 244 West 72nd Street following her filing for separation in August 1928, claiming that Ockendon had “left her for a manicure girl.”  As it turned out, she should have waited a few months.

George died on December 10, 1928.  Four weeks later his will was probated.  Of his substantial fortune, he left Florence $500, saying in his will, “Her demeanor throughout our married life disrupted our home.  She made no effort to promote or preserve our marital happiness; she has entirely disregarded her wifely duties and responsibilities, and I am convinced that she never had any love, affection or regard for me.”

According to Rosso, he had painted the portrait of Pope Benedict XV that hung in the Vatican.

Romance seems to have been more successful for another tenant, Ziegfeld Follies showgirl Mae Flynn.  In July 1928 heavyweight boxing champion Gene Tunney fought Tom Heeney in Madison Square Garden.  The London Daily Mail sent cartoonist Tom Webster to New York to sketch the match.  During his stay he met Mae Flynn.  On September 5, 1929, the couple was married in City Hall by Mayor James Walker.  The Standard Union explained, “Mayor Walker and the cartoonist have been friends ever since the Mayor as a State Senator was urging the passage of the State boxing law.”

Earlier that year, in May, portrait artist Victor Rosso and his wife Amy Laura Horne Rosso, arrived in New York from Argentina with their seven-month-old son and took an apartment at 244 West 72nd Street.  According to Rosso, he had painted the portrait of Pope Benedict XV that hung in the Vatican.  They brought with them an art collection inherited by Amy from her uncle Harold Stanley Godber, a wealthy Cordoba rancher who died in 1925 in Cape Town, South Africa.  The 32-year-old artist set himself up in a studio on West 56th Street where he took the group of 160 paintings and other art objects for storage.

Early on the morning of October 26, 1930, a fire was discovered at Russo’s studio.  His wife’s entire collection was destroyed.  The couple filed an insurance claim for $266,130—more than $4 million in today’s money.   But fire investigators were suspicious.  On November 16, 1930, The New York Times reported that Chief Fire Marshall Thomas P. Brophy “had found in the studio some excelsior and other materials soaked with a volatile liquid that smelled like gasoline.”  Brophy telegraphed Argentine authorities who responded that “no such person as Godber was known in Cordoba and the Godber ranch, Cabalito, did not exist.”  Faced with the uncovered facts, Amy broke down and confessed that they had “invented the story of the legacy.”  They were arrested on November 15, charged with arson and attempted insurance fraud.

In 1933 one of the store spaces was home to the Riverside Book Shop.  Not everything upstairs was as respectable.  Crime boss Charles “Lucky” Luciano seems to have had a particular liking for West 72nd Street where he was part-owner in at least one apartment building.  Apartments in several buildings in the 1930’s were used as gambling dens and houses of prostitution run by his syndicate. 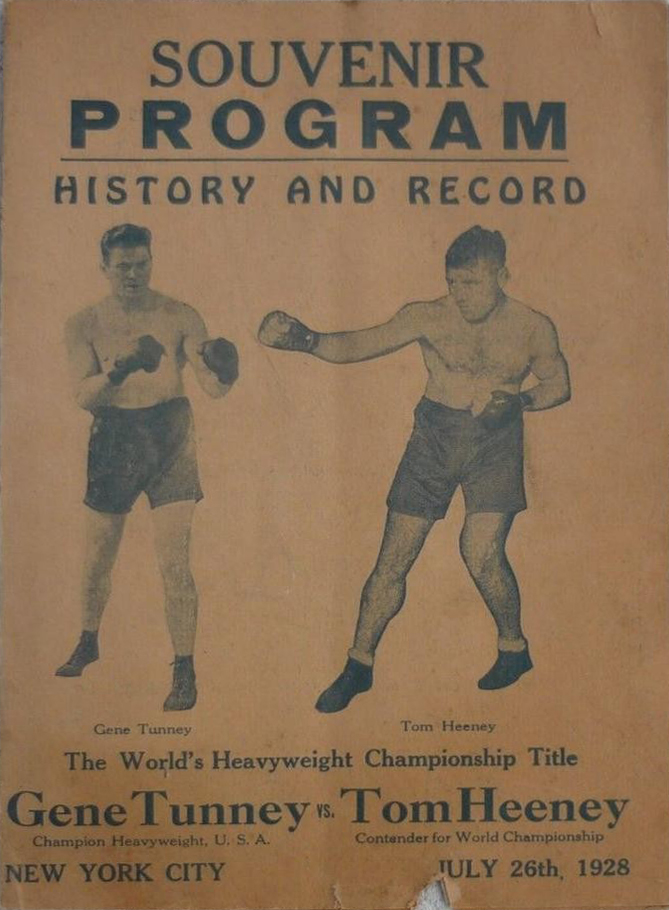 Program from Tunney-Heeney at the Garden 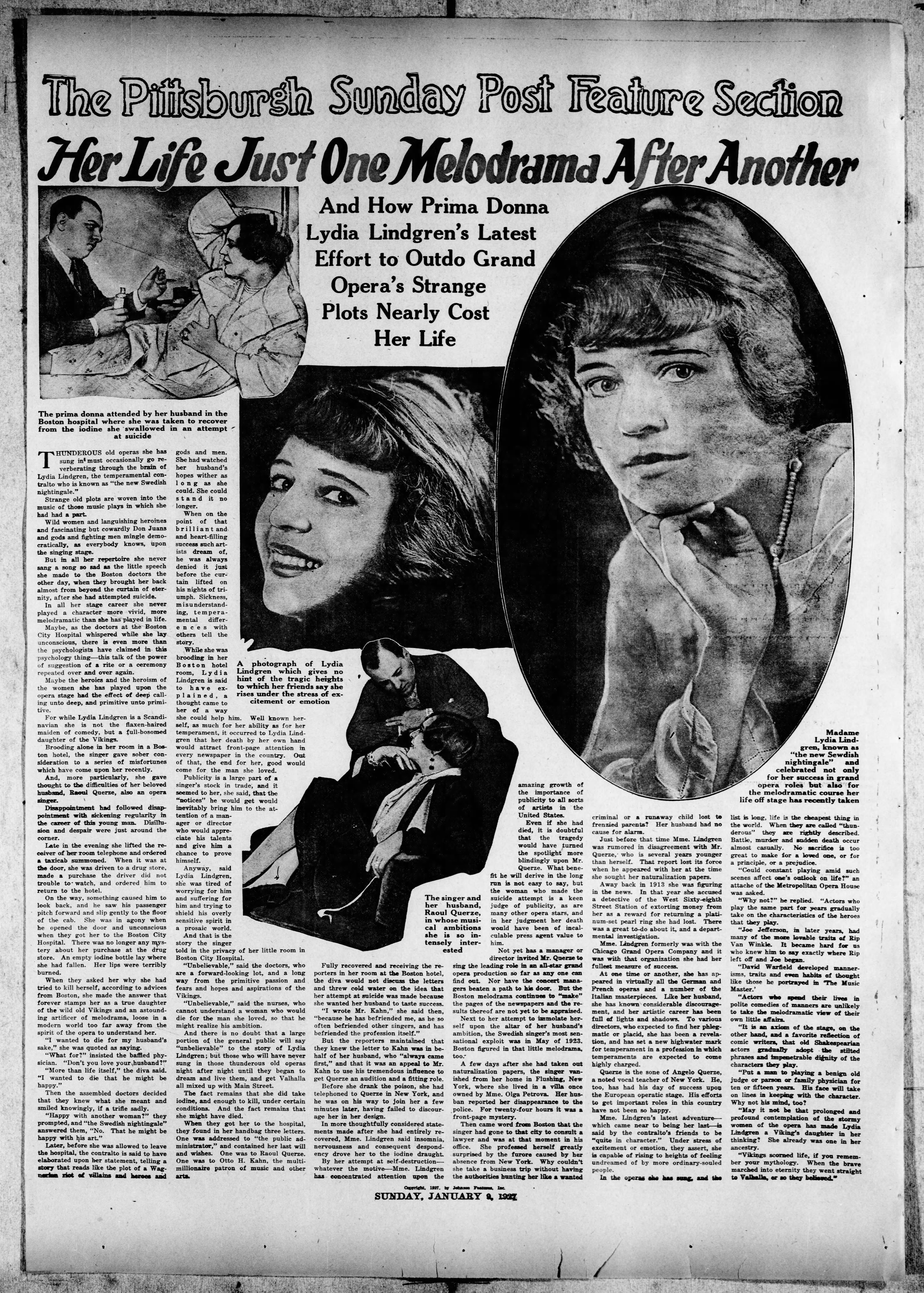 According to William Donati’s 2014 book, Lucky Luciano: The Rise and Fall of a Mob Boss, Dorothy Arnold leased a top floor suite at 244 West 72nd Street in 1937 for $300 a month—a substantial $5,600 today.   In the case of The People v. Luciano in New York Supreme Court in 1936, Luciano confederates were accused of “booking” prostitutes at that apartment.  Testimony revealed, “Dorothy Arnold states that Marilyn Summers was booked to her house by Pete Harris and that she also booked Helen Walsh to that house during the week of New Year, 1936.  Dorothy Arnold testified that a commission was paid to the booker, which averaged from $10 to $15 a week per girl.”

In 1939 another case, the People against James A. Sullivan, was heard in the State Supreme Court, this time for a bookmaking operation in the apartment of C. J. Arnold.  (A problem was that no one knew of a C. J. Arnold in the building.)

While that court case played out, concert tenor and pianist Raoul Querze was also forced to appear in court.  On October 15, 1939, he married Alice Greenspan.  She was not the Latin artist’s first wife, but his fourth.  His second wife was Lydia Lindgren, “once known on the concert stages of American and Europe as the ‘Swedish nightingale,” according to the Long Island Star-Journal.  Lydia had obtained a Mexican divorce in 1933, agreeing to no alimony.

But now, days after his wedding, Lydia filed for support.  She explained to a reporter, “I had upwards of $300,000 when we lived together…I spent it all while we were together.”  She said, “This was a case where the heart ruled over the head.  Now I think that he should help me.”  She needed the help because of stock market losses, her career had ended, and the war had cut off aid from her family in Europe.  “Quertze, son of an Italian noblewoman, has a studio at 244 West 72nd street, Manhattan,” said the article.  “His marriage to Miss Lingren lasted fifteen years.”

On October 15, 1939, he married Alice Greenspan.  She was not the Latin artist’s first wife, but his fourth.

Another artistic resident was Jerzy Fitelberg, the son of composer and conductor of the Warsaw Philharmonic, Grzegorz Fitelberg.  Born in Warsaw, Poland, Fitelberg studied musical composition in Berlin’s Hochschule fur Musik.  In 1928, at the age of 25, his Second String Quartet won first prize in a competition organized by the Association of Young Polish Musicians in Paris.  In 1940, as World War II ravaged Europe, he relocated to New York City.  On March 28, 1946, Fitelberg’s Nocturne for Orchestra was played at a Philharmonic-Symphony concert in Carnegie Hall.  He died in his apartment at 244 West 72nd Street on April 25, 1951 at the age of 48.

Entertainment manager Ira Mangel had started his career in 1939 at the entertainment midway of the New York World’s Fair.  There he met theater producer Mike Todd, for whom he worked until World War II when he joined the Army.  In 1956 he returned to Todd, helping him promote the film Around the World in 80 Days.  And then in 1961 he became manager and close friend to trumpeter Louis Armstrong.  Upon Armstrong’s death on July 6, 1971, Mangel helped his widow with the funeral arrangements.  He then accompanied her on a 10-day trip to Europe to attend several memorial services for Armstrong.  Five months later, on December 17, Mangel died of a heart attack in his apartment here.  The New York Times remarked, “Mr. Mangel had not been able to bring himself to work for any other orchestra leader since the musician’s death.”

Over the years the stores were home to a variety of small shops. In 2002 Personal Communications Center, a phone store, was a tenant, and in 2009 24 Carrots Organic Juice Bar occupied one of the spaces.  Blum and Blum’s mix of Art Deco and Mediterranean styles is little changed after more than 90 years.