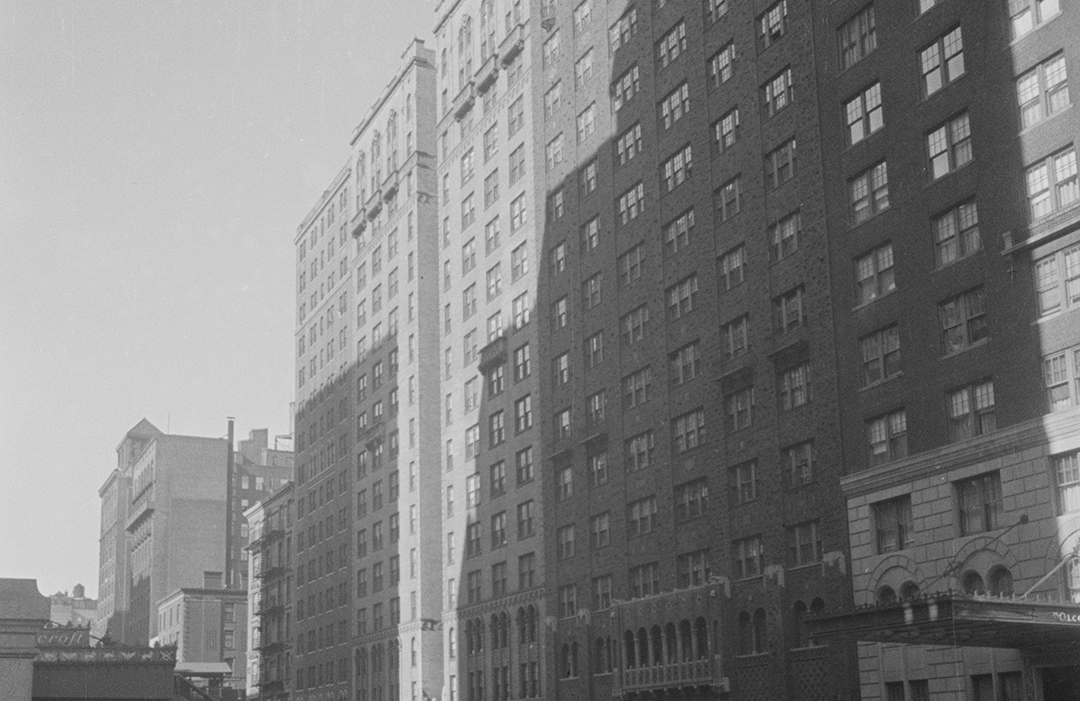 Blind Love at The Hermitage

On April 21, 1926, the recently-formed 41 West Seventy-second Street Corporation purchased the five-story Curtis P. Cook mansion at 47 West 72nd Street.  The firm had been quietly buying up abutting properties, and now The New York Sun said that with 41 through 47 West 72nd Street it “now controls a plot, 100×100, between Central Park West and Columbus Avenue.  The directors of the syndicate had plans in mind for the once elegant high-stooped homes.

The residences were demolished and architect Jacob M. Felson was hired to replace them with a modern apartment building.  Completed in 1928, the 16-story building was faced in beige brick above a rusticated stone base.  The double-height paired arches at the second and third floors, which included spiral terra cotta engaged columns, were repeated at the top two floors.   Stone balconies at the ninth and fifteenth floors added to the neo-Romanesque motif.  Inside, apartments ranged from cozy (two-and-a-half rooms) to more spacious four-room suites.  Tenants who took the largest apartments got the amenities of a “dining alcove [and] extra lavatory.”

Several of the initial tenants were engaged in the entertainment field.  Among them were actor Alexander Carr and his wife, the former Helen Cressman.  Helen had appeared in the 1922 Ziegfeld Follies but retired from the stage after her marriage.  The couple had a 3-year-old daughter, Beverly.

Soon after moving in, on May 16, 1929, the Daily News reported “Broadway’s former film and Follies beauty, Mrs. Helen Cressman Carr, was arrested yesterday as a fugitive from justice on a warrant sworn out by Paul Gugger, wealthy automobile dealer, whom she divorced six years ago.”  He had charged her with abducting their eight-year-old son, Paul, Jr.

Lucille’s explanation was that they had argued when he accused her of flirting so he plunged to his death.

As it turned out, at least according to Helen, she had received full custody of the boy and Gugger was allowed visits with her permission.  “One day he took the boy out for a walk and forgot to bring him back, if you get what I mean,” she told a reporter.  And so, she simply tracked the boy down in New Haven, Connecticut, asked him if he wanted to come back with her, and when he said “yes” she did just that.  He was now (at least temporarily) living in the Carr apartment.  (Helen Cressman’s life was a tragic one.  Her marriage to Carr failed, as did her third.  She eventually committed suicide at the age of 38 in December 1938.)

Another one-time entertainer was Lucille W. Smith, a former Mack Sennett bathing beauty—although most newspapers called her Duchess Lucile Zehring d’Andrea.  She was living at 41 West 72nd Street by 1930, by which time she had had a tumultuous well-publicized love life.  Her first husband was Llewellyn Zehring, an executive with the National Cash Register Company in Dayton, Ohio.  They had a brief love affair before marrying in Dayton.  Shortly afterward he mysteriously disappeared, never to be heard of again.

Then in 1926 she was embroiled in a torrid romance with married millionaire David P. Davis.  Lucille and her mother boarded the Majestic headed to Paris and, not coincidentally, so did Davis.  Lucille later explained “There Davis was to get his divorce and I was to marry him.”  Three days into the voyage Davis disappeared overboard.  Lucille’s explanation was that they had argued when he accused her of flirting so he plunged to his death.

In July 1927 Lucille married Duke d’Andrea.  But that marriage would be extremely short lived.  A week later, according to the Daily News, “the duke was discovered on the dock of the French line tearing his hair in fury as the liner La France bore his bride and her mother to Paris.”  He attempted suicide but a friend grabbed the revolver and it discharged into his leg, rather than his heart. 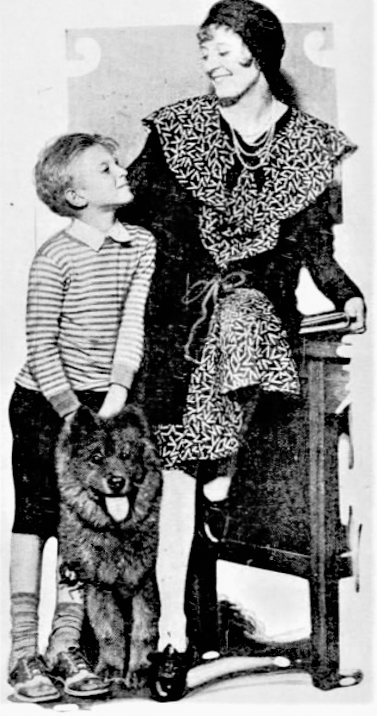 Helen and Paul Jr. in Court

From her 72nd Street apartment in February 1930, Lucille told a reporter, “I saw [the duke] later in Paris and quarreled with him, but I could never banish from my mind’s eye the memory of the last seconds of the life of the only man I really loved—David.”

In 1940 the smaller apartments rented for $72, or just over $1,000 per month in today’s money, and the four-room apartments for the equivalent of $1,750.  An advertisement called them “unusually cheerful.”

Alexander J. Englander lived in the building at the time.  A fascinating character, he was a blind fabric salesman and a devoted opera lover.  Born in Hungary he came to the States as a boy.  He had been employed in the garment district for nearly 50 years where, according to The New York Sun, he “was a familiar sight there, a small boy leading him on his calls.”

Following his death in November 1942, the newspaper recalled, “Mr. Englander was wont to arrive at the 40th street entrance of the [Metropolitan] opera house at 7:45 o’clock during the season.  He would count off twelve steps from the foyer, and stand near Exit No. 76, where he listened to the performance.  He knew the opera so well that he could anticipate by a few bars, the intermission and just before the curtain fell he went back to the foyer to smoke.”

Over France an armed man and a woman hijacked the airplane.  An announcement over the intercom told the 143 passengers that it had been taken over by the Popular Front for the Liberation of Palestine.

Equally intriguing were Dr. Clyde Fisher and his wife.  He was the curator-in-chief of astronomy of the Hayden Planetarium.  His wife, Te Ata, was a Native American of the Chickasaw Nation.  The Long Island Star-Journal said she gave “recitals of Indian songs and dramatized Indian legends.”

Resident Greta Husseri underwent a terrifying incident in September 1970.  Having spent time in Switzerland that summer, she boarded Swissair Flight 100 on September 6 to return home.  But 1970 was a potentially dangerous year to fly.  There were 17 airplane hijackings in the United States alone that year.

Over France an armed man and a woman hijacked the airplane.  An announcement over the intercom told the 143 passengers that it had been taken over by the Popular Front for the Liberation of Palestine.  The plane was diverted to “a desert air strip in Jordan,” according to The New York Times.  Worse for Greta Husserl, she was held hostage for four days.  Back home in her 72nd Street apartment, she sued Swissair for nearly half a million in today’s dollars, claiming “bodily injury and severe mental pain and anguish.”

Living here at the time was Alexander M. Sobel, a globally recognized bridge expert.  While he was best known as a director of bridge tournaments, he also was “noted as a writer, a quizmaster and a wit,” according to The New York Times.  The newspaper said, “In the 1930’s, he often served as a quizmaster at general knowledge sessions.  Later, from 1948 to 1951, he wrote the questions for the Bob Hawk Lemac radio quiz show, and also wrote a quiz book.”  His wife, Helen, whom he divorced in 1945, was among the world’s greatest bridge players.

In 2001 the building was converted from rental to condominiums, at which time, it seems, it took on the name The Hermitage.  Little has changed to its distinguished design since it first welcomed tenants in 1929.