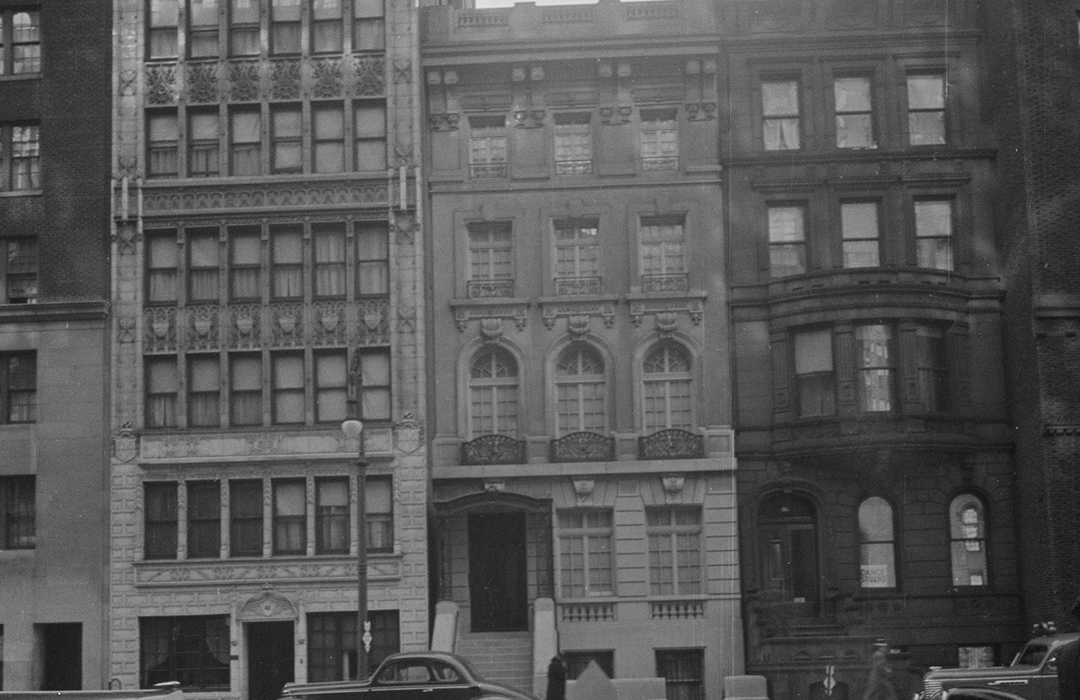 From Jacoby to Jacobo…

When Dr. George W. Jacoby purchased the five-story brownstone at 44 West 72nd Street in 1903, the block was lined with similar upscale, high-stooped homes.   He could well afford to live in the affluent neighborhood.  Also living in the house was his son, Dr. J. Ralph Jacoby who graduated from Harvard in 1891.  Despite the economic pressures of the Great Depression, J. Ralph Jacoby owned a two-crew yacht in 1934.

Despite the economic pressures of the Great Depression, J. Ralph Jacoby owned a two-crew yacht in 1934.

By the time Dr. George W. Jacoby died in the house on September 11, 1940, at the age of 83, the once-exclusive residential street had greatly changed.  The Jacoby residence was, perhaps, that last private house on the street as apartment buildings and shops had replaced the others.

In 1959 real estate operator Clara Bilodeau purchased the Jacoby house and its neighbor at 46 West 72nd Street.  She then hired the architectural firm of Daub & Daub to completely remodel them into a modern apartment building.  A year later, following a gut renovation and a new façade, a mid-century modern apartment house appeared.

Interestingly, Daub & Daub retained the old English basement level, where once servants and deliveries had entered below the stoops.  Because of that, the entrance is a few steps below sidewalk level.  Faced in beige brick, the Lincoln Terrace apartments is five stories tall, including the sub-surface level.  The sparsely decorated façade relies on the three-part fenestration for measure and the dimpled parapet for visual interest.  There were seven apartments on the first floor and eight each on each upper floor.

The residents of the Lincoln Terrace were respectable and professional—with one glaring exception.  Jack Grosby and his wife were living here when he was arrested on July 28, 1968.  The 46-year-old naturalized citizen was born in Buenos Aires as Jacobo Grodnizky.  In his apartment narcotics agents found 75 pounds of pure heroin.

In his apartment narcotics agents found 75 pounds of pure heroin.

On September 5, Grosby jumped his $50,000 bail.  When he was arrested in Switzerland two years later, he was now wanted in connection with a $2.2 million jewel robbery as well.  This time Grosby’s bail was raised to $1 million.

Aside from that, the residents of the Lincoln Terrace have drawn no attention to themselves, good or bad.  And none of them could suspect that at least some parts of their mid-century building date back to two brownstones, one erected in 1885 and the other in 1888.