LANDMARK WEST! Executive Director was featured in an article in CRAINS NY (linked) alongside colleague Rachel Levy from FRIENDS of the Upper East Side Historic Districts.  Since both neighborhoods have similar zoning districts, they are both experiencing some of the same abuses of the building and zoning codes in current development proposals in their neighborhoods.  Read the full article below, which was first posted yesterday. 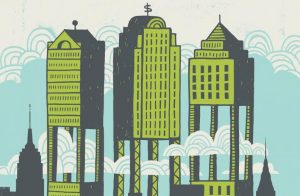 Zoning department pledged to enact change by end of 2018, but is months behind schedule

The de Blasio administration missed its year-end deadline to curtail buildings on stilts, which employ a trick from the developer’s playbook to boost the height of projects—and their price tags.

Instead, the mayor’s planning czar is promising a comprehensive set of rules by the summer.

A quirk in the zoning code allows luxury developers to stretch the ceiling heights of mechanical equipment floors to a dizzying degree. Several of these floors can be built on top of one another to create a hollow pedestal on which to stack apartments.

The city initially pledged to rein in the excessive voids a year ago and later said it was on track for a solution by the end of 2018. However, at a December town hall meeting, Department of City Planning Director Marisa Lago said that officials decided to expand the scope of the rule change.

“We anticipate that by summer of next year, we should have the complete package; both for high-density residential neighborhoods and also looking at residential buildings in central business districts,” she said.

Advocates who have been pressing for new rules welcomed the department’s expanded scope, but said that by missing the deadline the city could allow some of the most egregious abusers of so-called mechanical voids to complete their projects. The Friends of the Upper East Side Historic Districts, for example, have been fighting a project on East 62nd Street that includes a 150-foot void.

“To hear that the solution promised by the mayor and [City Planning] will be delayed perhaps another six months is incredibly disappointing, especially because it means that proposed buildings in our neighborhood … that would have been impacted may be able to go forward as planned,” Rachel Levy, the executive director of the organization, said in a statement.

Landmark West!, which has been fighting a project by Extell Development Co.on West 66th Street, said that the city should have stuck to its initial timeline before looking at other areas of the city.

“Theres no reason we couldn’t get this bill through and then say ‘this is a great thing, let’s expand it,'” Executive Director Sean Khorsandi said.