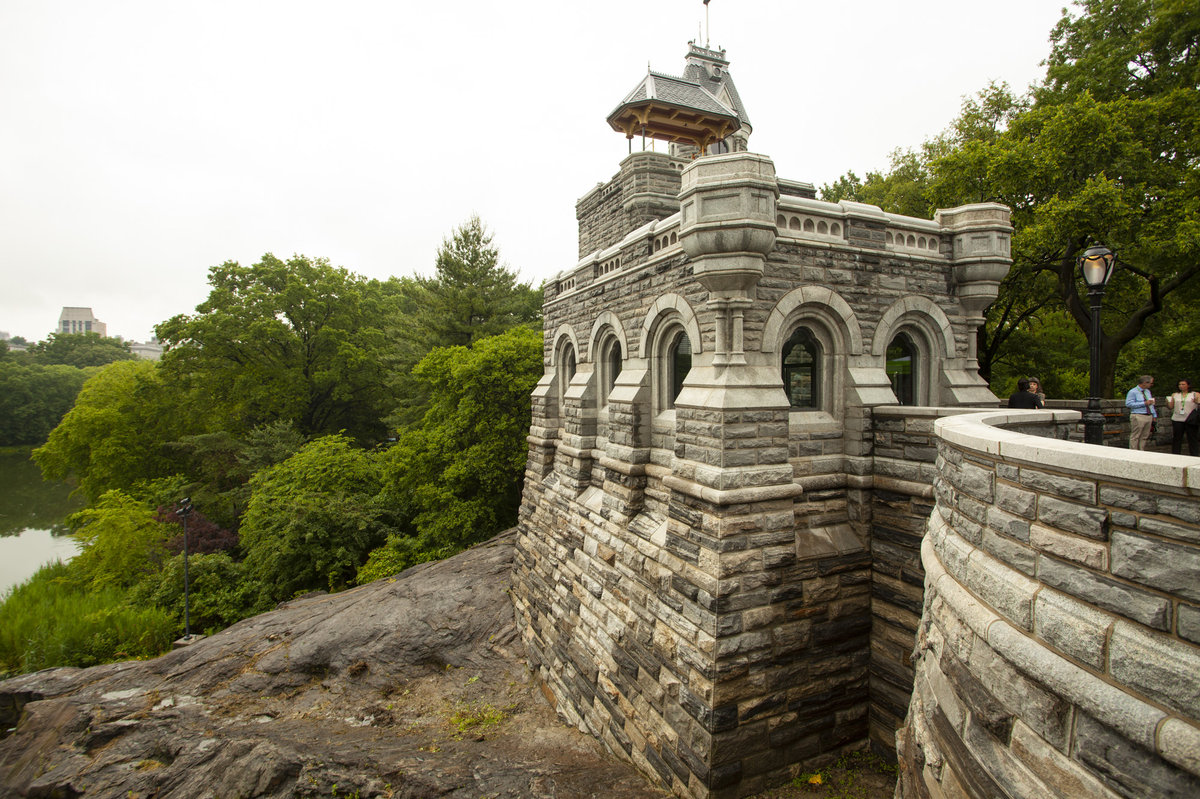 The Belvedere “Castle” (actually a Victorian Folly) is set to reopen after a lengthy renovation.  Its current incarnation, still capping Vista Rock is the closest it has been to the Calvert Vaux, Frederick Law Olmstead and Jacob Wrey Mould version first envisioned in 1869 in over a century.  LANDMARK WEST! was in favor of the project‘s restoration efforts as noted in our testimony when this went before the Landmarks Preservation Commission in 2017, but we support an alternate, less invasive plan developed by colleagues to bring accessibility to the site which is less invasive of the site.

Our friends at GOTHAMIST have a lovely gallery with behind-the-scenes peeks at the nooks and crannies.  Head over to their site to have a look, and be sure to check out the Gothic-Styled castle which was first built in 1870 n your next view to fully understand why its name means “Beautiful View”!