Blight on the Upper West Side? The Daily News Exposes a Neglected Landmark

As reported by intern Melissa Doherty 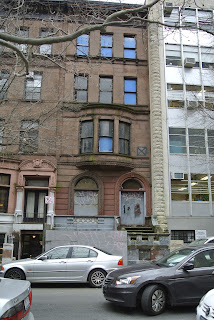 On Sunday, June 9th, the New York Daily News released an article about 118 West 76thstreet, a historic brownstone that has been vacant and neglected for years by its owner, Board of Elections official Diane Haslett-Rudiano. LANDMARK WEST! alerted the Daily News, whose article exposed the appalling truth about the landmark, although many neighbors and other citizens had already taken notice.
The structure was built in 1890, in the Renaissance Revival style, by the firm Thom and Wilson, and was designated as a NYC landmark in 1990. The property was acquired by Diane Haslett-Rudiano’s late husband, Jean, in 1976 for $5,000. In the article, Haslett-Rudiano stated, “A lot of my husband’s dreams are wrapped up in that building … but you have to be realistic, and the thing to do is to let someone else enjoy it.” Although it is a tragedy whenever a landmark is neglected or forsaken, it is shocking that such a derelict landowner is in a political position of power. 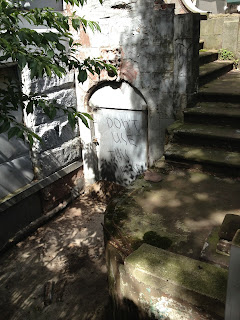 In January, it was listed as one of the West Side Spirit’s Ugliest Buildings of the Upper West Side, described as an “eyesore from hell.” Despite being officially declared unsafe by the NYC Department of Buildings, the 20 buildings department violations and the $12,000 in back taxes, Haslett-Rudiano has taken no action and has been unresponsive to these viable concerns.
It is such a shame that this building, which possesses 123 years of history and so much potential, has been unappreciated because the owner fails to take responsibility. If the owner has such strong emotional ties to the property, why would she let it deteriorate and descend into disrepair, as it has?