LW! has been hard at work.  Read on for news about Yesterday, Today, Thursday, and the future of the Upper West Side! LAND USE YESTERDAY: LW! filed a new appeal against 50 West 66th St. De ja vu? When LW! filed a challenge with the Board of Standards and Appeals in...

END_OF_DOCUMENT_TOKEN_TO_BE_REPLACED

137 West 71st Street has been protected since 1990 as a building within the Upper West Side/Central Park West Historic District.  On Tuesday, May 14th, the Landmarks Preservation Commission calendared the site along with The Cafe Cino (31 Cornelia Street), the Gay...

END_OF_DOCUMENT_TOKEN_TO_BE_REPLACED 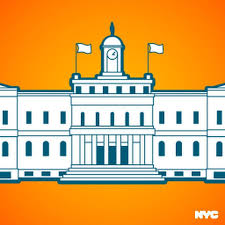 END_OF_DOCUMENT_TOKEN_TO_BE_REPLACED

In 2015, LW! pressed the Landmarks Preservation Commission to maintain the original boundaries of the Riverside-West End Historic District Extension II.  Unfortunately, after a vote, they did not, hence the "de Blasio Diet" where every building that was not...

END_OF_DOCUMENT_TOKEN_TO_BE_REPLACED

Round and round it goes!  While there are laws in place at the state level to prevent conflicts of interest and government employees from working in similar arenas in the private sector for a certain window, the City laws are less stringent.  They make suggestions but...