UWS Women and the Long Fight for Suffrage 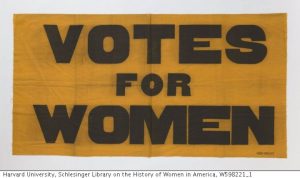 From the Seneca Falls Declaration of 1848 to the national ratification of the 19th Amendment in 1920, the women of New York played an important role in the long battle for women's voting rights. But did you know that many significant figures in the Suffrage Movement lived on the Upper West Side of New York […]