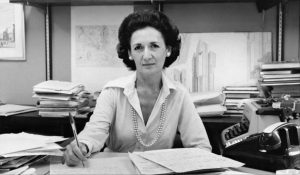 March 14, 2021 marks what would be Ada Louise Huxtable’s 100th birthday. Huxtable (1921-2013), a native New Yorker, was a pioneer in architectural criticism, and a champion of livable cities. As the first full-time architecture critic at a major American Newspaper (The New York Times created the position specifically for her in 1963), she won the […]