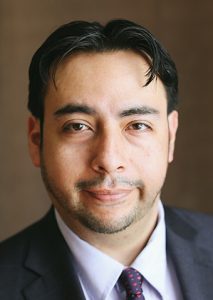 They don’t quite have the look of doves.  But the four small white marble eagles who stand on the recently restored fountain in the Belnord courtyard look pretty gentle.  Certainly, this is true in comparison with fellow sculpture Eagles and Prey located in Central Park where the representation of eagles devouring a goat is uncomfortably violent; or the sculpture of an eagle on the Hamilton Fountain on Riverside Drive at 76th Street, which is more of a traditional proud North American bird that represents the United States.

The origin of the Bald Eagle as a symbol of the United States goes back to the early days of this country. Legend has it that Ben Franklin was not a fan of the choice made by other leaders.  He wrote to his daughter that the eagle had a bad moral character.  Notwithstanding Franklin’s view, the Bald Eagle has gone on to be printed on dollar bills, Superman comic books, and the Apollo 11- lunar module among many, many more appearances.

It’s likely that NYC’s most famous sculptures of eagles are the 22 monumental sculptures that once topped the Charles McKim-designed Pennsylvania Station (razed in the early 1960s).  Weighing 5,700 pounds each, most of these giant granite eagles were dumped with other wreckage of the building in New Jersey’s meadowlands swamp.  A few were rescued and installed in various locations in NY, NJ and PA.

By comparison, the gentle Belnord Fountain eagles each weigh about 500 lbs.  They are not dramatically intimidating like the ones Adolf Weinman sculpted for Pennsylvania Station.  In contrast, the Belnord Fountain as a whole is a lovely uplifting element in a very special courtyard.

The fountain, made of white marble quarried by the Rutland-Florence Marble Company, was designed and built for the Belnord Courtyard.  It was made specifically for placement at the center of the 1907 building that occupies the block between Broadway and Amsterdam Avenue and 86th and 87th Streets.

By 2000, the huge, elegant building was in disrepair, and funds were raised to make the first of a series of repairs and restorations by a series of owners, to maintain various parts of the structure.  The fountain was dismantled and transported for storage in Port Elizabeth, New Jersey to avoid damage.

Sometime after, architect Page Ayres Cowley (PACA, LLC), conservation expert (and, full disclosure: Chair of Landmark West!) was recruited to repair, conserve, and oversee the restoration of numerous parts of the building.  This complex job included repair of the parapet, fountain, and arched entryway ornamented with frescoes. The project also included the design of the elaborate front gates.

As Page described the sequence of events, in 2006 the fountain was still in storage in Newark.  She, along with the project manager, PACA Associate Gustavo (Gus) Carrera, and other members of their team caught their first glimpse of the fountain disassembled and boxed at a storage yard.  It appeared to have been unharmed.  The team used old photographs supplied by the tenants as a basis for reassembly and then figured out the rest. Page and Gus talked about the firm’s considerable effort in reassembling the 78 disparate marble elements.  The process involved computer-generated images to determine the correct placement of pieces. Later, they found a photo of the fountain taken when it was originally constructed that was used by the marble company as an advertisement placed in Architectural Digest.

Gustavo said the satisfying moments for him in the challenging reconstruction were seeing the large crane in the courtyard setting the heavy basin in place and then, most strikingly, “seeing the water flow.”

Page recently recalled the huge commitment to finding expert masons and plumbers and fountain experts among her large network of specialists who often come in to assist each other on construction and restoration challenges.  In this case, a great deal of emphasis was placed on minimizing the discoloration of the marble by blue and green water caused by water running through the fountain’s copper pipes.  A filtration system was installed so that the fountain’s water runs nearly clear.  Among key specialists who joined PACA in the restoration of the Belnord Courtyard centerpiece:

Observing a live eagle with the naked eye or through binoculars or a camera viewfinder has become more common in NYC thanks to the decades-long efforts of environmentalists to reduce the pollution of waters surrounding the city.  Meanwhile, at the Belnord, the fountain happily continues to ornament the private Upper West Side courtyard where water spouts from the mouths of four sculptures of Dionysus, the Greek god of wine.  This design is found on many French and Italian fountains.

Interestingly, this offers a continental influence in the company of the marble American eagles.