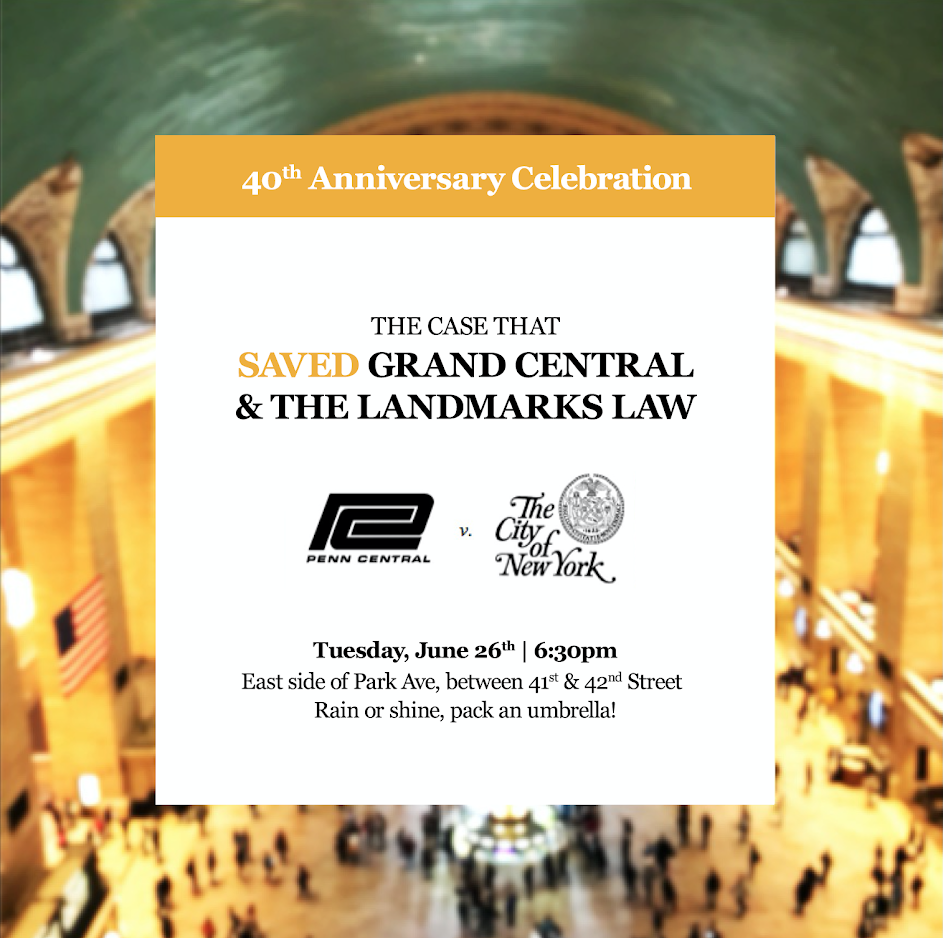 East Side of Park Avenue Between East 41st & 42nd Streets

Rain or Shine – Pack an Umbrella!

The Penn Central Day Committee invites you to a festive outdoor celebration on Tuesday, June 26th at 6:30 PM in the plaza across from the Terminal. Join us for speakers, a cake, and a few choruses of “Happy Birthday” led by Olivia K, Brooklyn’s “soul-fusion powerhouse.” Our group will then retire to the Oyster Bar for cocktails and conversation. Dress like your favorite landmark! 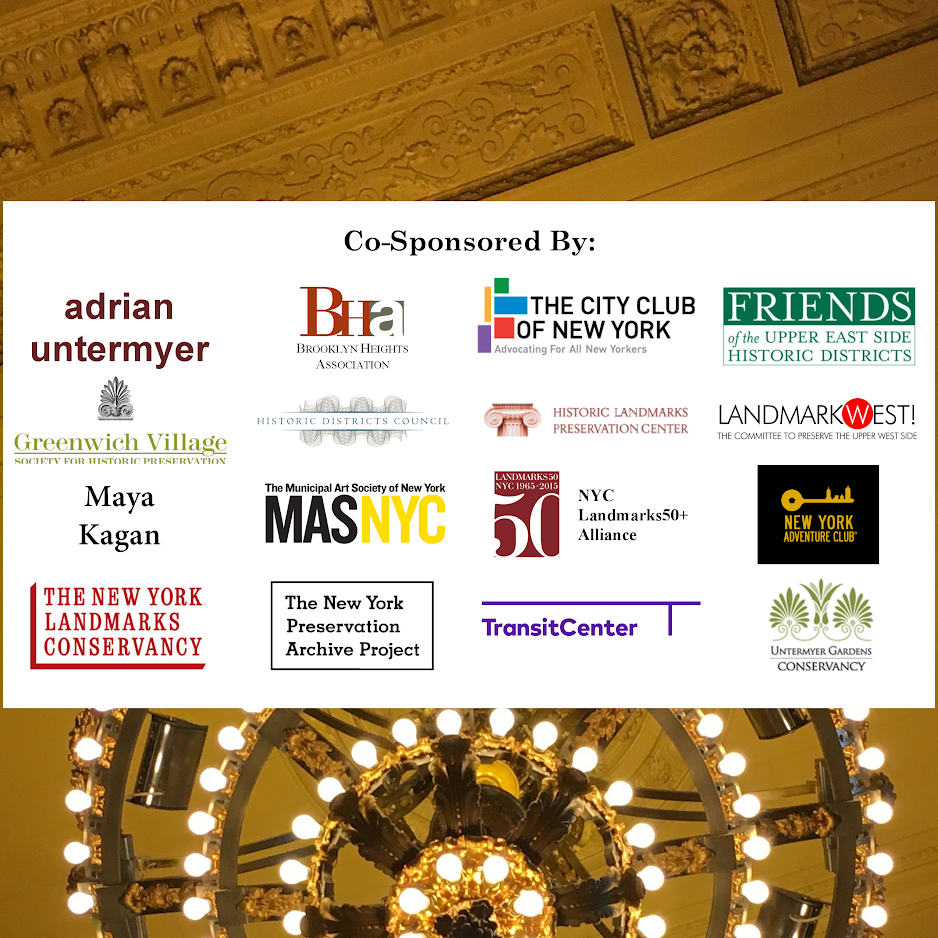