LANDMARK WEST! Named an Official Charity Partner of the 2016 United Airlines NYC Half 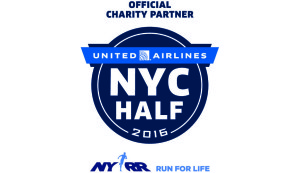 LANDMARK WEST! has been named an Official Charity Partner of the 2016 United Airlines NYC Half. The race will take place on Sunday, March 20, 2016.

The opportunity to partner with the United Airlines NYC Half gives LANDMARK WEST! the ability to raise funds and awareness for preserving the best of the Upper West Side’s architectural heritage from 59th to 110th Streets between Central Park West and Riverside Drive.  We look forward to having a dedicated team of runners take on the United Airlines NYC Half on behalf of our organization—training, preparing, and ultimately completing the 13.1-mile race for a cause that is both meaningful and close to each and every one of them.

Requirements: There is a $1,000 per runner fundraising minimum.

Perks: LW! will offer t-shirts, LW! membership at the Visionary level (the highest membership), and a special event honoring our runners.

To view this on our events calendar, visit: www.landmarkwest.org/event/united-airlines-nyc-half-marathon/