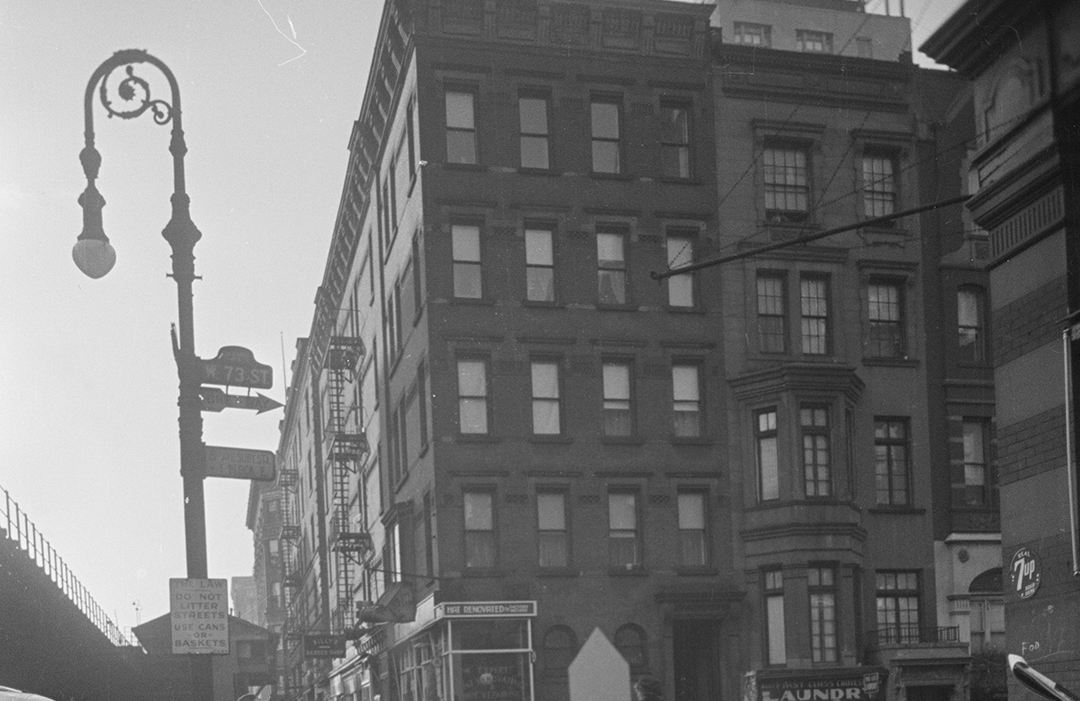 Every Apt. a Life Story

The architectural partnership of Arthur M. Thom and James W. Wilson was among the most prolific in the Upper West Side in the 1880’s and ‘90’s.  Along with scores of rowhouses, they designed flat, or apartment, buildings along the district’s avenues.  In 1884, Thom & Wilson received the commission to design one such building on the southwest corner of Columbus Avenue and West 73rd Street for the real estate development firm of Terence Farley & Son.

Completed the following year, the five-story structure was designed in the popular neo-Grec style.  Faced in red brick, its windows were connected by chain-like stone bandcourses filled with decorative brickwork called dog toothing.  The residential entrance was placed on the side street at 100 West 73rd Street, while the Columbus Avenue side held three stores.

The southern-most commercial space was twice as large as the others, engulfing 270 and 272 Columbus Avenue.  It became the home to the Colonial Café which, despite its picturesque name, was a saloon.  It drew the ire of the West End Protective League in 1895.  A letter was sent to the Police Board of Commissioners that accused Police Captain Gallagher of refusing to stop the sale of liquor on Sundays “in the saloon at 270 Columbus avenue.”  Presumably, Captain Gallagher was reprimanded.

The space at 274 Columbus was the office of the John Boyd “Sanitary Plumbing, Gas, and Steam-Fitting” business.  It was a convenient location, since Boyd and one of his partners, William J. Crow, had apartments upstairs.  It would remain here for decades.  The corner space was leased to Paul L. Bryant’s “Naptha Renovating and Disinfecting Works.”  It was one of six locations of the firm, which disinfected everything including bedding, carpets, and clothing in a sickroom or apartment after a contagious illness.

It became the home to the Colonial Café which, despite its picturesque name, was a saloon…A letter was sent to the Police Board of Commissioners that accused Police Captain Gallagher of refusing to stop the sale of liquor on Sundays “in the saloon at 270 Columbus avenue.”

Nearby, at 238 West 72nd Street, lived Irish-born John E. Fitzgerald, “best known as an earnest Irish agitator,” according to the Standard Union.  An attorney, in 1891 he married the twice-widowed Kate Connolly, described by the newspaper as being “much Mr. Fitzgerald’s senior.”  She had acquired a fortune and owned extensive real estate.  Kate, too, was born in Ireland and she frequently returned.  She was a close friend of Charles Stewart Parnell, the Irish nationalist.

Kate died the first week of January 1900.  Three months later, on March 5, Fitzgerald walked into the Colonial Café.  He took a seat at a small table and ordered a drink.  The Standard Union reported that he “was about to drink what he had ordered, when his fingers contracted, and the glass fell with a crash.”  The American Lawyer explained, “His collapse was so sudden that he would have fallen to the floor had not a waiter and several other men rushed to his assistance.”  Dr. William B. Pritchard, who lived around the corner, said that his death had been “instantaneous.”

Most of the upstairs residents were professional and respectable, like Dr. William L. Stowell who lived here for years and routinely submitted medical articles to journals like the Archives of Pediatrics.  But the names of a few others occasionally ended up in the newspapers for the wrong reasons.

Such was the case on the night of July 7, 1901 when Herman Gilbert got into a brawl in Greater New York Park in Glendale, Long Island.  The Brooklyn Citizen said that “about the hour when most people are at supper,” he and two other men began fighting.  When it was broken up by Patrolman Henry Stills, Max Price had to be hospitalized for knife cuts to his head.  Gilbert was charged with the knife attack. 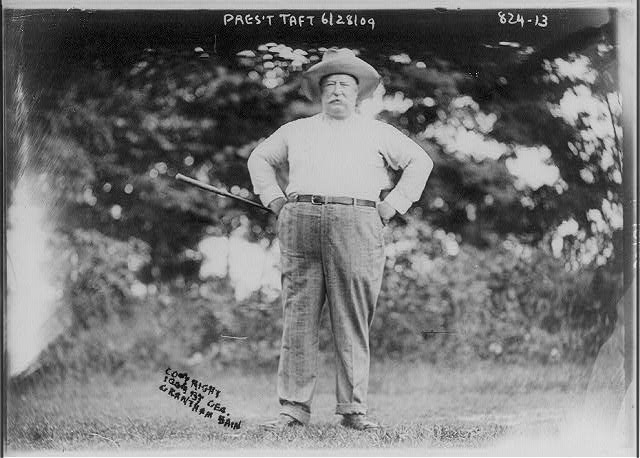 Another resident was involved in a stabbing five years later, but this time he was on the receiving end of the blade.  The Irish Conway family included 27-year-old Patrick who made a bet with barber Joseph De Franco over an election result.  On May 16, 1906, the two got into a heated argument over the unpaid wager that ended with Conway being stabbed in the abdomen.  The Brooklyn Daily Eagle reported, “Conway went home after he was stabbed, intending to say nothing about the matter to the police, but the wound became more and more painful, and his family, becoming alarmed, called in [Police Officer] McGinty.”

Conway was taken to Roosevelt Hospital.  There McGinty hauled in De Franco for identification, after which he was arrested for felonious assault.  The Brooklyn Daily Eagle said, “Conway’s condition is uncertain, as, if the wound penetrated the lining of the abdomen, peritonitis, usually fatal, may develop.”

Edward W. Loving lived in the building by 1912.  An amateur golfer, he had formerly been caddie for President William Howard Taft.  By now he was “one of the best amateurs in the United States,” according to a representative of The New York Golf Club.  As the Herald Cup tournament approached in the summer of 1912, The Brooklyn Daily Eagle entitled an article “President’s former Caddy Has Cinch on Championship.”

Conway was taken to Roosevelt Hospital.  There McGinty hauled in De Franco for identification, after which he was arrested for felonious assault.  The Brooklyn Daily Eagle said, “Conway’s condition is uncertain, as, if the wound penetrated the lining of the abdomen, peritonitis, usually fatal, may develop.”

In 1947 a renovation resulted in five apartments per floor, a configuration which remains today.  By the last quarter of the 20th century, the Columbus Avenue demographics were changing—a fact reflected in the tenants of the stores.  In 1986 Chocolatier Andras opened in 276 Columbus Avenue, where hand-made chocolates were made and sold.  In 1978 the Silver Palate gourmet store opened next door in 274 and would remain for nearly two decades.  And the former Colonial Café space became home to Sandoval restaurant, replaced in 2001 by @SQC, a restaurant and bar operated by chef Scott Quentin Campbell.

In the meantime, Jerry Grant’s Gallery of Exciting Jewelry opened in the corner store in 1989 and remained until 2005, when the Roslyn boutique debuted.  CityCrepe opened in 274 Columbus Avenue in 2003.  It made way for Artevino, an Italian wine bar, in November 2007.

Today Johnny Was clothing store occupies the double store at 270-272; Black Press Coffee, which opened in 2019, occupies 274; and jewelry store KTCollection is in 276 Columbus Avenue.

At some point the building was embarrassed with a coat of violet paint, and a forbidding, Darth Vadar-appropriate frame replaced Thom & Wilson’s 1885 entranceway.

Shop local to support the businesses currently at 270-276 Columbus Avenue: