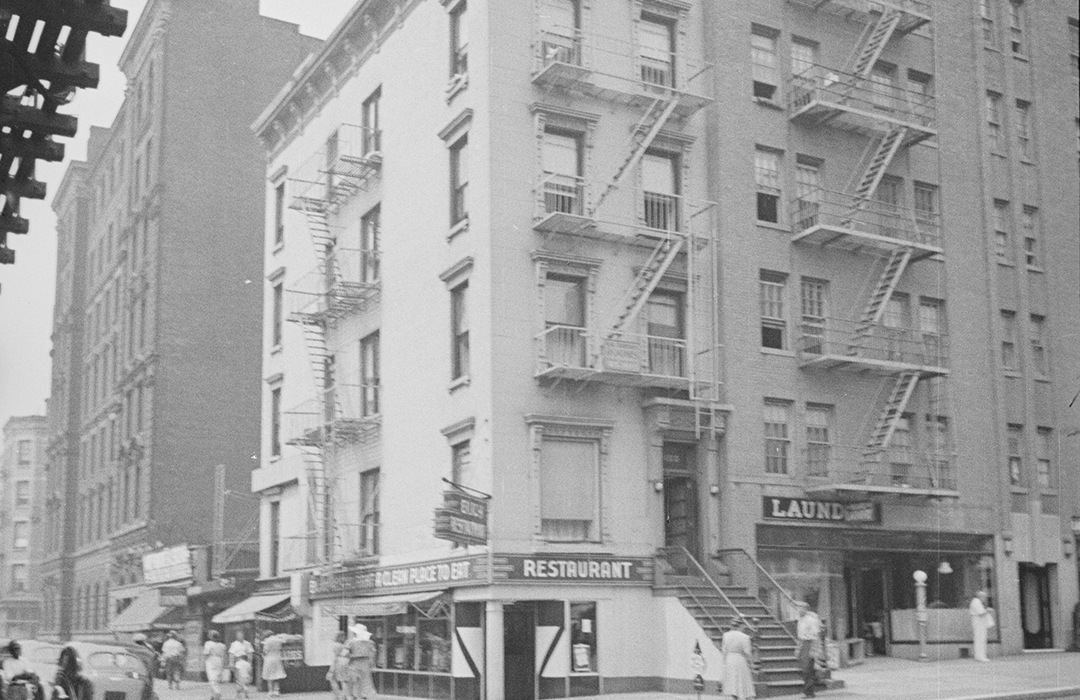 Real estate developer Christian Blinn, who most often acted as his own architect, erected rows of handsome houses on the Upper West Side beginning in the late 1870’s.  In February 1880 he paid the equivalent of just over $1 million today for building lots stretching west from the corner of Ninth Avenue (later Columbus Avenue) along West 79th Street.  Seven months later the Record & Guide reported that he “is about to begin the construction of five houses.”

Completed the following year the brownstone-fronted houses were designed in the up-to-date neo-Grec style.  Four stories tall above a high English basement level, they were decorated with geometric stone frames around the windows, typical of the architectural style, which bore molded cornices atop beefy brackets.  Stone stoops led to the parlor floors, and bracketed metal cornices completed the design.

The corner house became home to the Rev. Edward Judson.  Born in British Burma as the son of missionaries, he was now pastor of the Berean Baptist Church in Greenwich Village.  In 1888 he would begin construction of a new church on Washington Square, named in honor of his father: the Judson Memorial Church.

The corner house became home to the Rev. Edward Judson.  Born in British Burma as the son of missionaries, he was now pastor of the Berean Baptist Church in Greenwich Village.  In 1888 he would begin construction of a new church on Washington Square, named in honor of his father: the Judson Memorial Church.

Sometime in the early 1890’s the new owner took advantage of the 76-foot long Columbus Avenue side (and the increasingly commercial personality of the avenue) to install stores in the ground floor.  By 1895 it was no longer a private home and was described as a “flat,” or apartment house.

Among the tenants in 1896 were Dr. C. Percival Ayers, and John Towers, described by the New York Press as “an English oratorio singer.”  In the meantime, one of the stores was home to German immigrant Ditmar Schlichting’s saloon, where he purveyed “wines, liquors and lager beer.”  A much different business was in the other store, the F. T. Dall & Company pharmacy.

The property was owned by Ida Thomas at the time.  She leased it to proprietors who managed the apartments.  Max J. Flam signed a lease in 1898, and Jacob C. Duhme took over in 1902.  After her marriage in 1906 she sold the house to Leon Levy. 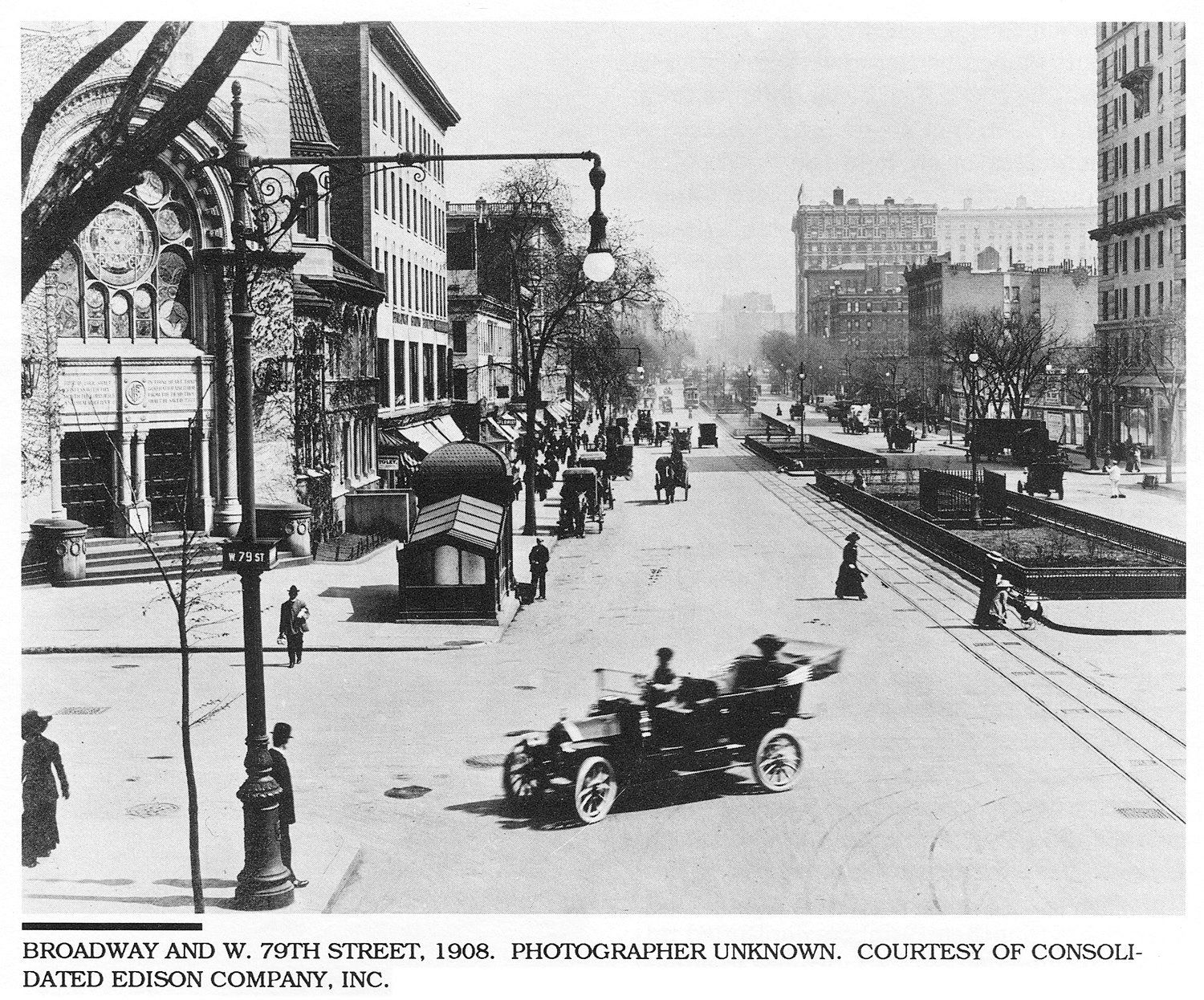 The chase led to this subway kiosk at Broadway and 79th 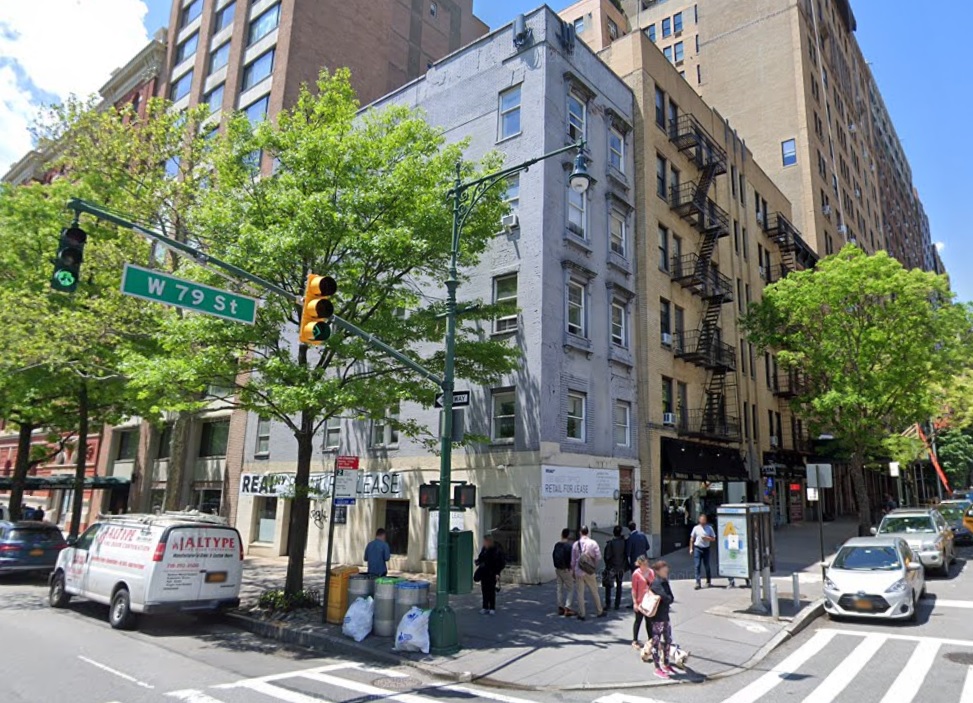 The corner today - stoopless and vacant. 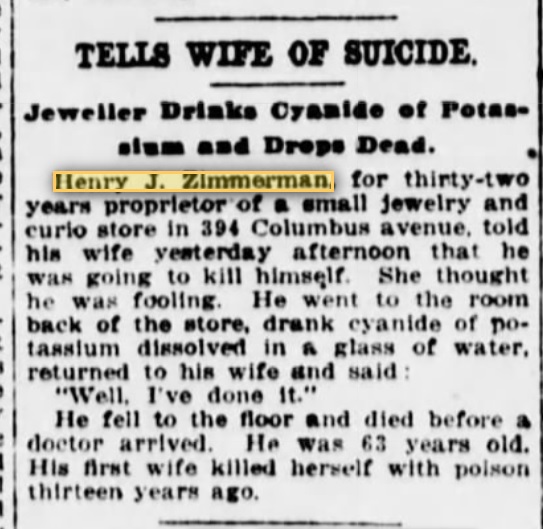 Sad holiday season for the Zimmermans 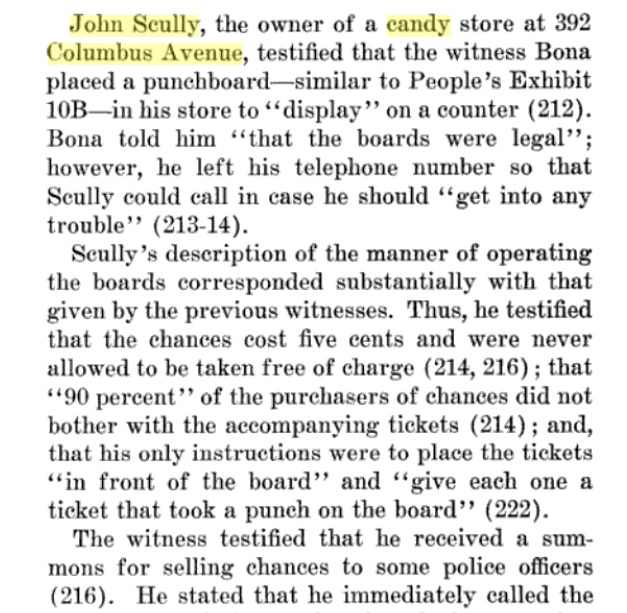 John Scully should have stuck with selling candy

The residents continued to be respectable and middle-class.  Typical was Elizabeth Wilson, here in 1915, a schoolteacher.  Michael Kelly and his feisty wife also lived in the house that year, when Mrs. Kelly was involved in an incident that aroused the entire neighborhood.

Early that summer Edward J. Kelly (no relation to Mrs. Kelly) was released from prison.  The New-York Tribune described him as “a notorious burglar, known as ‘St. Louis’ Kelly.”  On the afternoon of July 28, assuming no one was at home, he picked the lock of the Kelly apartment.  Mrs. Kelly heard noises and “crept out” to see a man in her rooms.  The would-be burglar fled with Mrs. Kelly close on his heels yelling “Stop, thief!”

The Tribune reported, “From Columbus to Amsterdam Avenue she chased the invader.”  Two patrolmen took up the chase.  About halfway to Broadway Kelly paused and turned his revolver on Mrs. Kelly.  She did not slow down and he pulled the trigger, but the gun jammed.  Kelly ran on to Broadway where he dived into the subway kiosk.  A horrified crowd watched him jump to the tracks and dash across to the uptown side.  He had not seen the downtown express train approaching.  The New York Press wrote, “When his body was picked up the revolver was still in his hand.”

The Tribune reported, “From Columbus to Amsterdam Avenue she chased the invader.”  Two patrolmen took up the chase.  About halfway to Broadway Kelly paused and turned his revolver on Mrs. Kelly.  She did not slow down and he pulled the trigger

Henry J. Zimmerman’s “jewelry and curio store” moved into the space formerly occupied by Ditmar Schlichting’s saloon in 1884 and stayed for 32 years.  His proprietorship ended abruptly on December 29th, 1916 when he told his (second) wife that he would be taking poison that afternoon. She did not take his declaration seriously.  He was dead serious.

The Depression years saw the fur salon of Oscar Reich in one of the shops, 394 Columbus, and in later years, John Scully’s candy store in 392. Mr. Scully ran into a little trouble with the authorities in 1941 when he was charged with selling “chances” to customers who would pay five cents to punch out a spot on a board. A lucky punch might see a 25-cent or even 50-cent winning tag behind.  The proceeds for the board were supposedly going to a Mission on 9th Avenue, but court records indicate Mr. Scully and many other shopkeepers were victims of a scam fundraiser.

In 1986 the building was converted to apartments.  The stoop was removed, the brick (Columbus Avenue side) and brownstone painted, and the cornice taken off.

Shop local to support the businesses currently at 392-396 Columbus Avenue: