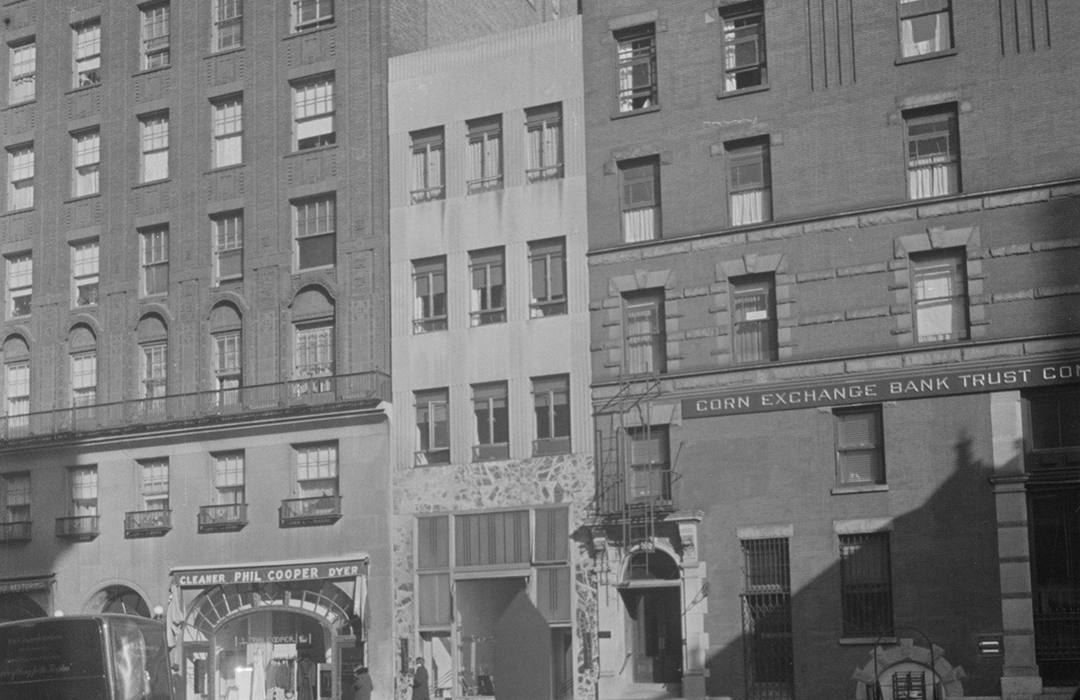 From Silver to ‘Black and Tan’

In January 1889 Dr. E. V. Silver purchased the brownstone-faced house at 103 West 72nd Street for $40,500—nearly $1.2 million in today’s money.  Next door to the residence was the St. Charles Apartment building, erected two years earlier.  Dr. Silver’s son, Lewis Mann Silver, was also a physician.  He had graduated from Yale University in 1882 and from Bellevue Medical School in 1885.

While other affluent families left West 72nd Street following World War I as the street changed from residential to commercial, the Silver family remained well into the 1920’s.  The Corn Exchange Bank & Trust Co., located on the ground floor of the St. Charles Apartment building, purchased the Silver house in 1931.  The trustees hired the architectural firm of Fellheimer & Wagner to completely redesign the Victorian house.

The firm had exhibited its ability to deftly work in the Art Deco style three years earlier when it designed the ground-breaking Cincinnati Union Terminal, which was currently still under construction.  For this (admittedly much smaller) project, the partners would again turn to Art Deco.

The trustees hired the architectural firm of Fellheimer & Wagner to completely redesign the Victorian house.

They stripped off the brownstone façade, removed the stoop, and pulled the front forward to the property line.  The new, sleek façade featured a two-story polished stone storefront below three floors of limestone.  The streamlined upper composition relied on fluted pilasters which flanked the openings and a similarly treated parapet.  The handsome overall design was fundamentally Jazz Age Manhattan.

Completed in 1933, there were a store and office in the lower floors, and apartments above.  If the trustees of the Corn Exchange Bank & Trust Co. had intended the building to be an annex of its branch next door, they changed their minds.  Instead, a retail store moved in. 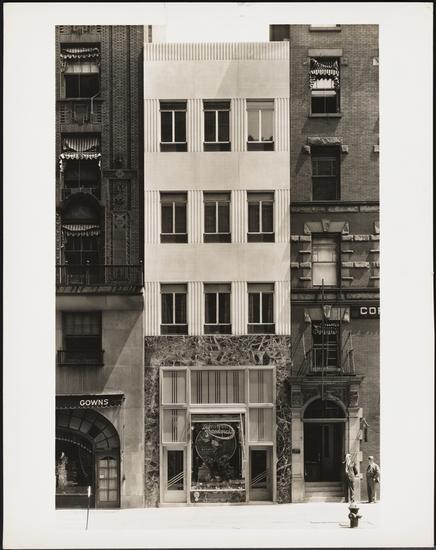 Image by Wurts Bros. Courtesy Museum of the City of New York. ca. 1931

The residents of the apartments were for the most part respectable, white-collar citizens.  Nevertheless, the United States Government kept a close eye on Arthur White who lived here in the 1930’s and ‘40’s.  He drew their interest by his membership in the Communist Party.

The commercial space became an Irish pub, the Blarney Castle, by the late 1970’s.  Among the staff here in 1980 was a waitress who was involved with the Weather Underground, or the Weathermen.  The radical left wing militant organization was responsible for bombings and domestic attacks, its express political goal being to overthrow American imperialism.

This time the armored car robbery in Inwood, Long Island was successful, and she and her five accomplices made off with $500,000.

On February 20, 1980, the waitress used a duplicate driver’s license to rent a van on Long Island.  It was used in an aborted armored car holdup in Greenburgh, New York.  She used it again on March 22 that year to rent a van in White Plains.  This time the armored car robbery in Inwood, Long Island was successful, and she and her five accomplices made off with $500,000.  Her life of crime and her job at the Blarney Castle soon abruptly ended.

By 1987 the Blarney Castle had been replaced by another Irish pub, Malachy’s Donegal Inn.  After decades in the space, it appeared that the tavern would close in 2013.  On February 25 that year The New York Times reported that many of the “old-time Irish bars in the neighborhood” were in economic trouble “as the Upper West Side reinvented itself as a pricier and pricier neighborhood.”

The article said that Malachy’s Donegal Inn had faced a March 1 closing date, “but won a reprieve and will remain open at least through the end of the year.”  As it turned out, Malachy’s survived to today.  And a portion of Fellheimer & Wagner’s 1931 Art Deco stone framing around the pub survives as well.