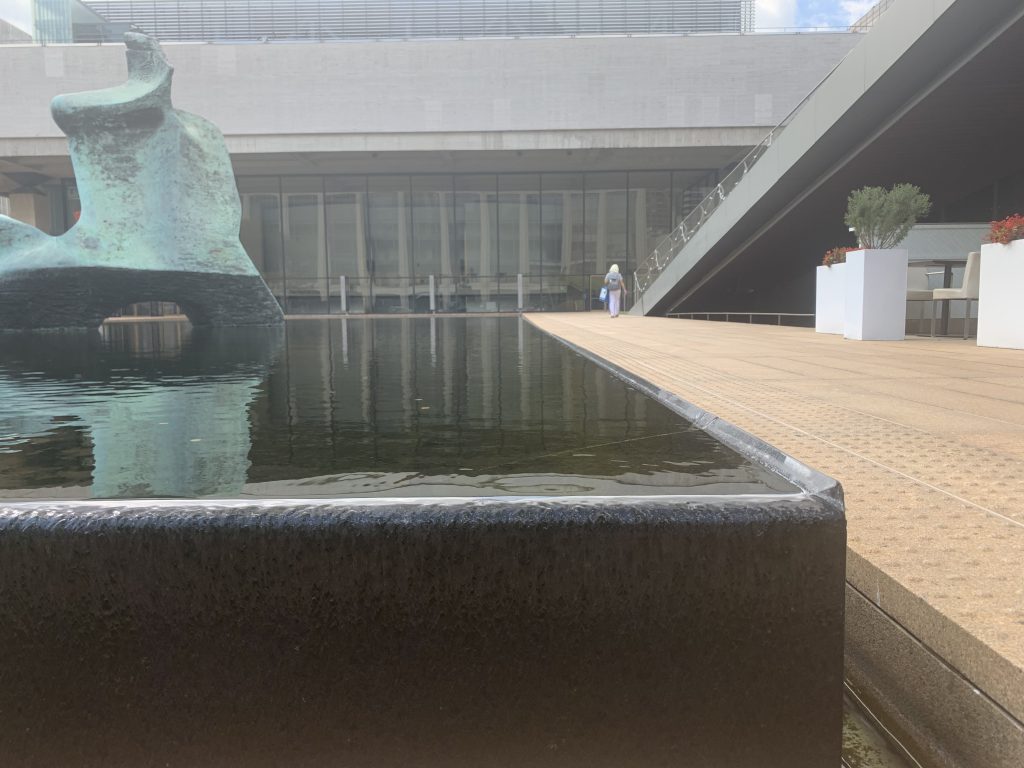 Eero Saarinen’s Vivian Beaumont Theater and Gordon Bunshaft’s Lincoln Center Performing Arts Library and Museum, though separate spaces on the interior, were designed as a cohesive and flowing unification of two very similar exterior structures. While Saarinen produced the working drawings for the building, Bunshaft’s influence was also evident.  Sadly, Saarinen died in 1961, so he was unable to see the completed building in 1965, however, his influence upon the design is unmistakable.

The theater and library and museum combination does not front on the main Lincoln Center Plaza, its site, located north of the Metropolitan Opera House and far west of the Philharmonic Hall, fronts on Lincoln Center Plaza North, which was also designed by Saarinen and Bunshaft and is located between Vivian Beaumont Theater and Philharmonic Hall.  Additionally, a foot bridge introduced in 1969, crossing Sixty-fifth Street to the Julliard School, is accessed near the northern façade of the building.  Lincoln Center Plaza North, less austere than its large southern neighbor, Lincoln Center Plaza, is lined with trees along the southern edge, or the north wall of the Metropolitan Opera House.  These trees, lit from below at night, give the space a pleasant intimacy.  At its center is a 120-foot by 80-foot reflecting pool and resting in this pool is Henry Moore’s Reclining Figure statue.  This lounging female figure, at sixteen feet tall, is based upon the pre-Columbian goddess Chacmool.  This sculpture was near-unanimously well-received, as the woman seemed to be taking a relaxing bath, further compounding the amity and warmth of the space.  Additionally, an Alexander Calder sculpture populates the plaza near the entry to the library and museum.  The sculpture, composed of a series of spindly steel plates, resembles a spider to most.  However, the piece is titled Le Guichet, meaning ‘ticket window’ in French.  This title is representative of the small opening cut in one of the “spider’s legs.”  A ticket window is much more thematically linked to Lincoln Center for the Performing Arts.  While this sculpture was initially poorly received, its home within the plaza is fitting and its placement compliments this public space.  Overall, Lincoln Center Plaza North was praised for incorporating a refreshingly contemporary format, distinctly reflective of twentieth century design principals.

The exterior of Vivian Beaumont Theater is relatively simple.  Its complexity is introduced in its near-symbiotic relationship with the Lincoln Center Performing Arts Library Museum, as this space, also fronting on Lincoln Center Plaza North, resides along the southern edge of the theater, wrapping around its rear, eastern façade and over its roof.  The frontal, western façade of the theater itself is spartan.  A massive concrete attic lurches forward, drawing the eye.  This monolith is supported by large, recessed, square columns, composed of exposed-aggregate concrete.  These piers, and the enormous lintel they support, from the glass curtain wall enclosing the interior, which affords beautiful views of Lincoln Center Plaza North.  The steel pin construction connecting the attic to the columns is shrouded by two inverted, pyramidal bronze caps.  The deeply pitted structural matrix of the attic is exposed on its underside, seen beneath the covered entry and continuing into the interior.  The exterior of Vivian Beaumont Theater is considered a success amongst the typology.  While Eero Saarinen’s design was not placed around the central plaza, his façade’s foreboding and severe relationship with his own more inviting plaza is arguably far more successful than the other Lincoln Center buildings.

Entering the theater, the lobby is broken into a split-level space.  The lower level sunken lobby leads to the auditorium entry and access to the parking garage.  Alternatively, the visitor can ascend to the lobbies raised gallery, giving access to the auditorium’s loge.  Although the east-facing glass wall floods the lobby with light and affords the interior with fantastic views of the green, engaged, and modern Lincoln Center Plaza North, the space itself remains near entirely bare with little-to-no detailing, reflective of Vivian Beaumont Theater’s exterior.  Within, in the actual performance space, this restrained aesthetic is continued.

The theater is decorated solely in wood paneling, a favorite material of Eero Saarinen’s, and red upholstery.  Known less for its minimalism in decoration and more for its modular construction, the auditorium was applauded for its technological strides.  Housing 1,100 seats, 770 on the main level and 330 in the loge seating, amazingly, no seat was more than sixty-five feet from the stage.  This was made possible through a steeply angled and oblong semicircular orientation.  At 10,000-square-feet, the theater’s stage more than tripled the size of even the largest Broadway stages.  Additionally, the stage could be further enlarged through its expandable apron thrust, which required mechanically lowering the first seven rows of seating through the floor and into the basement.  The stage also toted an integrated forty-six-foot-wide turntable with an accompanying independently spinning five-foot-wide ring.  The performance space was built to an unprecedented scale and level of ingenuity for 1964.  This was only made possible through trial and error.  Saarinen and his consulting theater designer, Jo Mielziner, experimented with their design in an abandoned movie theater in Michigan, where Saarinen lived and taught, and in a New York University space near Washington Square until their radical ideas were ready to be implemented in their final form.  Despite the radical nature of the main theater’s design, Saarinen and Mielziner also incorporated a smaller, 299-seat space that resembled an amphitheater and was solely intended for experimental productions.

The many risks that Eero Saarinen took in his design paid off.  Critically, Vivian Beaumont Theater’s design was praised for its elegantly captured functional minimalism.  Sadly, the sheer size and complicated nature of performing on such a large stage also scared away many simpler productions, and the auditorium was ultimately renovated in 1998.  However, Eero Saarinen’s radical design is still considered to have been a success, inside and out. 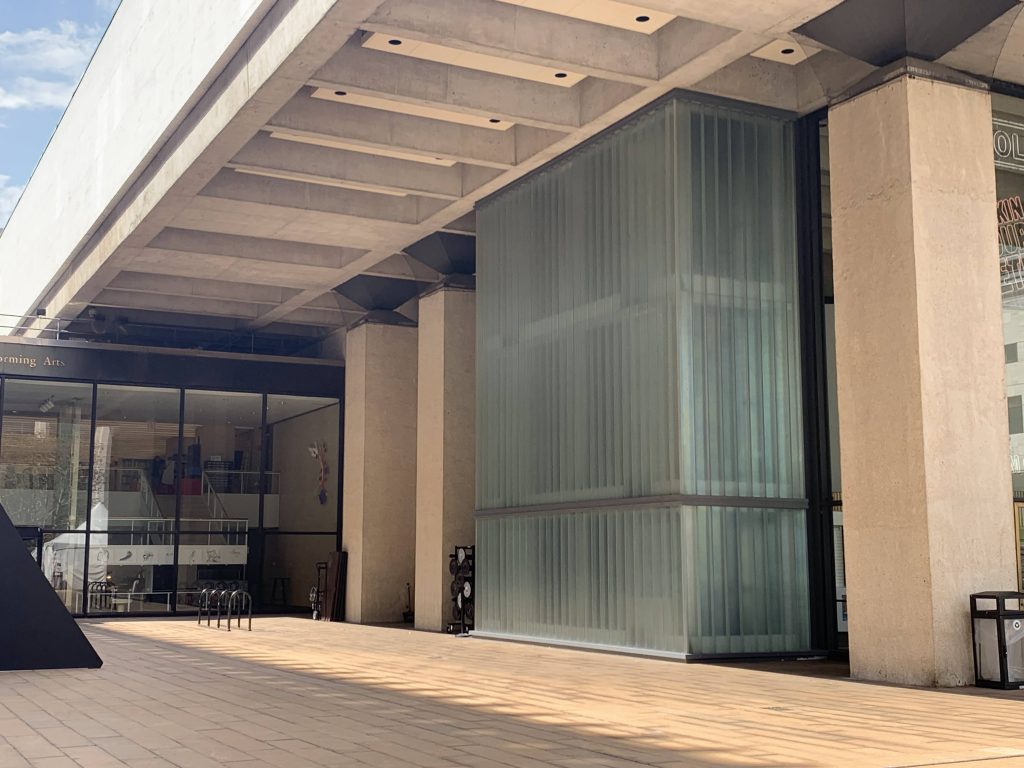 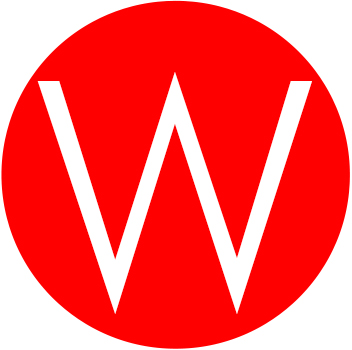