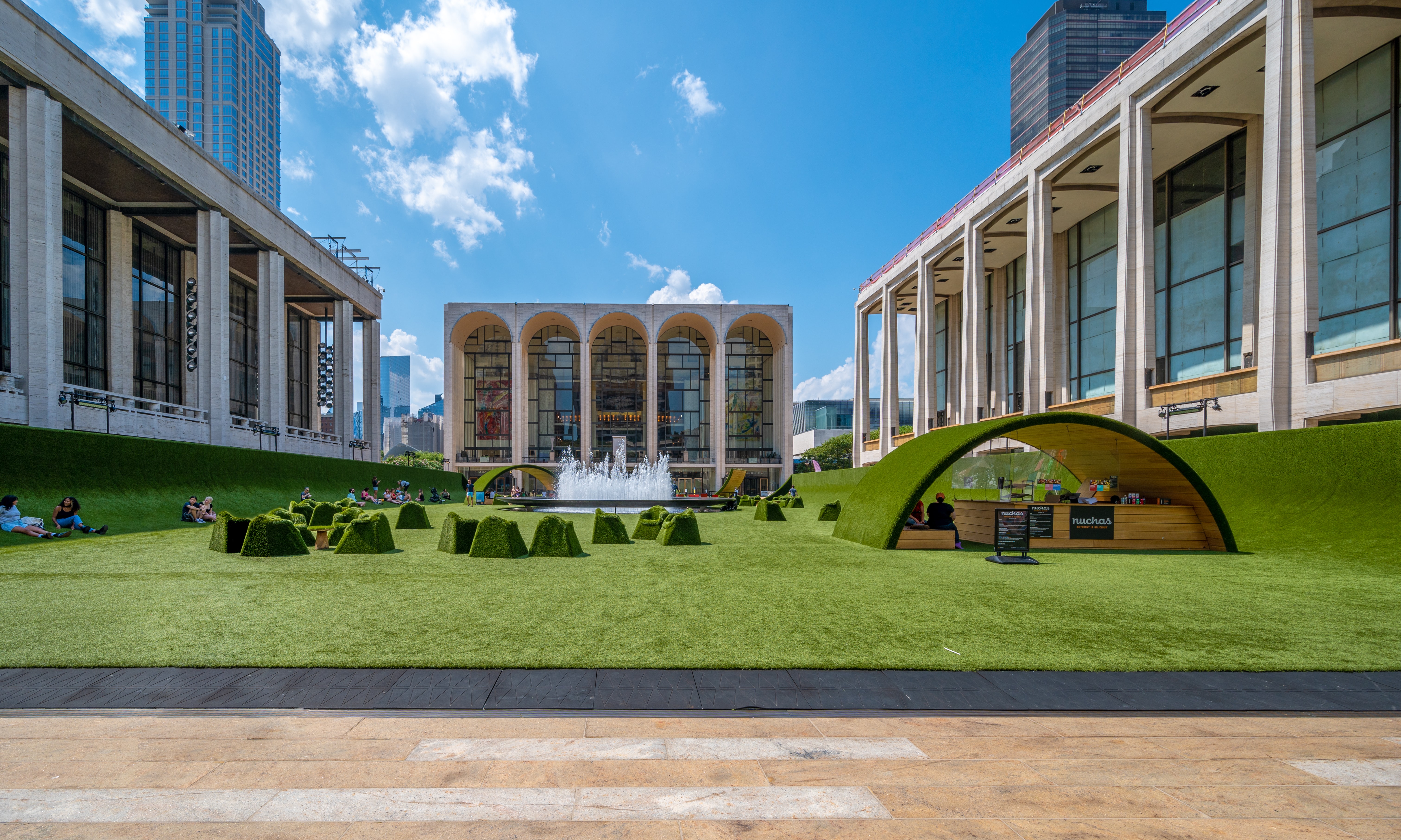 Philip Johnson’s Lincoln Center Plaza radiated outward from the focal point of Revson Fountain. Set in dark aggregate concrete, concentric rings of travertine marble radiated from the fountain, encompassing twelve inlaid travertine spokes.  At the center, the fountain itself was a simplistically elegant thirty-eight-foot diameter circle of polished black granite.  Illuminated by a series of nearly one hundred lights, the fountain’s 577 jets could spray a six-foot-wide column of water over thirty feet into the air.  The fountain was able to perform computerized performances, which were programmed from the balcony of the New York State Theater.  Johnson had hoped to have famous artists, such as George Balanchine, Leonard Bernstein, and Pablo Picasso, choreograph the fountain’s performances, however, this was never realized.  While many schemes for Lincoln Center Plaza were unrealized, what resulted was a simplistic and useful public space.  Applauded for its evocation of the arts even to the non-performance-going public, Lincoln Center Plaza was seen as a success by critics and the public upon its completion and remains well-received today.