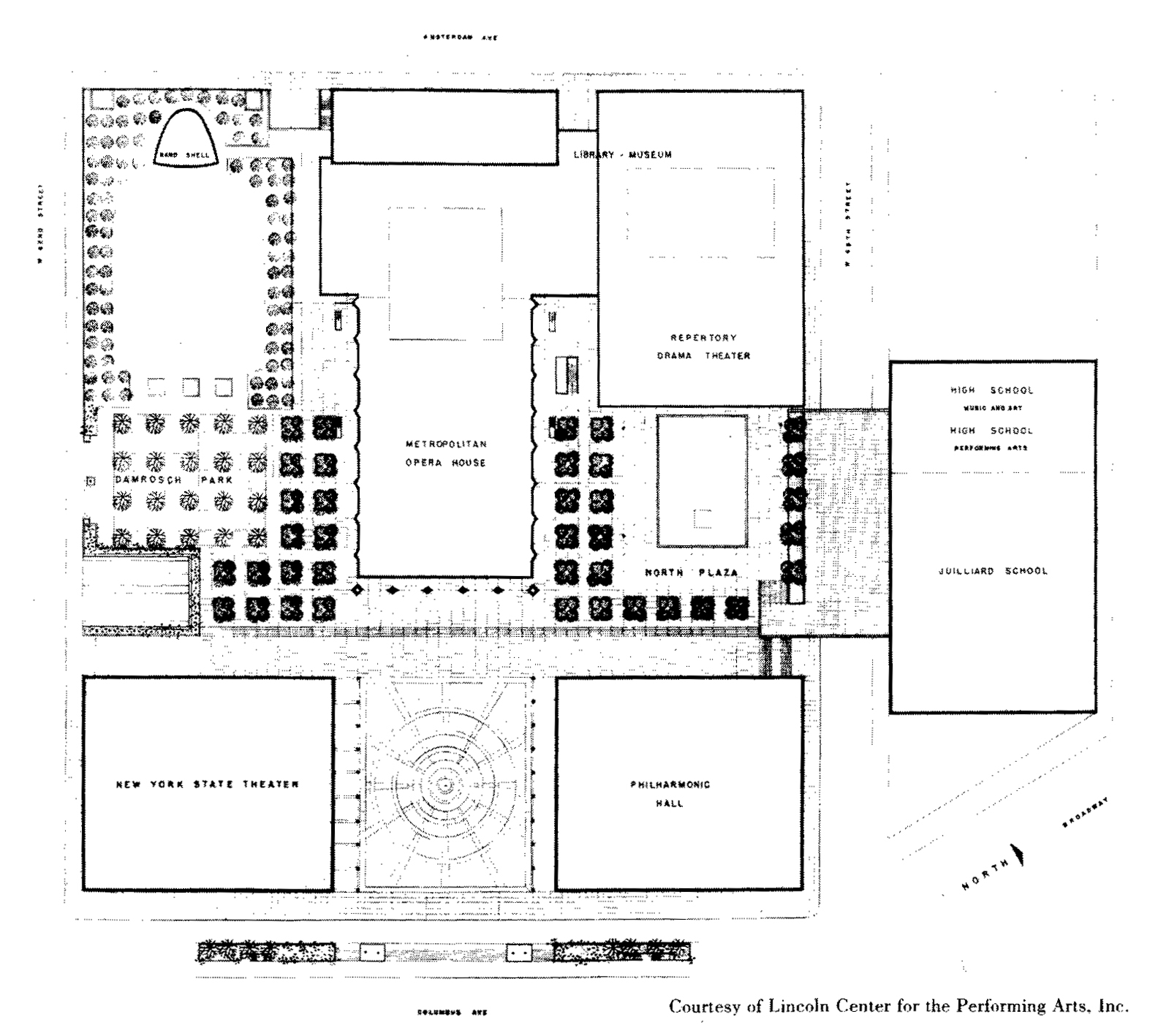 Lincoln Center for the Performing Arts, predominantly built from 1962 to 1968, serves as the world’s first and largest arts center.  At such a large scale, with many different buildings, Lincoln Center required a design committee.  Led by Wallace K. Harrison, who ultimately designed the site plan and the Metropolitan Opera House, the committee was made up of various other acclaimed American architects who were assigned to other buildings throughout the complex.  Built to house the Metropolitan Opera, the New York Philharmonic, the New York State Theater, the Julliard School of Music, the New York Public Library for the Performing Arts, and various other facilities and public spaces, Lincoln Center was a difficult and complex undertaking.  Although its genesis in Robert Moses’ “urban renewal” plans for the historically under-served neighborhood of San Juan Hill remains controversial, Lincoln Center has successfully brought high quality fine arts programming to the City of New York for almost sixty years.  Housed in incredible travertine auditoriums, theaters, music halls, and pavilions designed by the likes of Phillip Johnson and Eero Saarinen, Lincoln Center is a cultural hub and architectural monument that has grown to become an important part of New York City’s heritage.

Click on the map above and follow its links to learn more about Lincoln Center for the Performing Arts.

8 – The New York Public Library for the Performing Arts

9 – The Film Society of Lincoln Center

Catch up on our past advocacy for Lincoln Center from our Advocacy Archive. 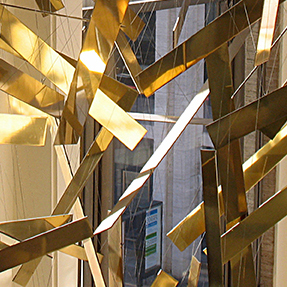 Lippold books a ticket to LGA

Richard Lippold's Orpheus and Apollo, a site-specific piece designed for the grand foyer of the Philharmonic Hall at Lincoln Center, where it hung from 1962-2014 has spent the past 7 years in a box in New Jersey.  First reported by the New York Times, read about it in...