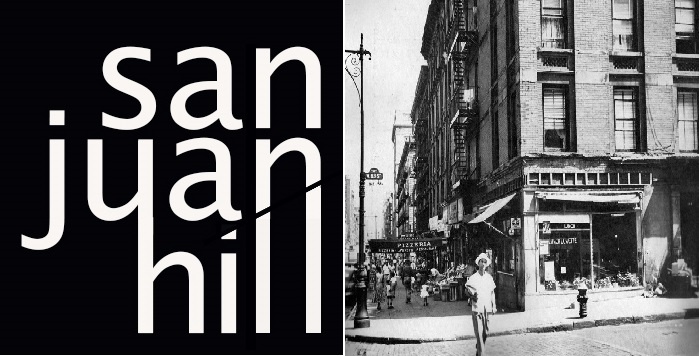 The Many Lives of San Juan Hill

There is no definitive book on San Juan Hill, the westside neighborhood that was utterly erased in the 1950s by a sweep of urban planning.

For the past half-century, there has been little acknowledgment of it outside of references to “West Side Story.” Various accounts describe this neighborhood of tenements, factories, shops, clubs and churches as “Hells Kitchen North” or, variously, “The Tenderloin,” a “Red Light District,” and most common, “Slum.” Regardless of the reality, the last epithet is the one that stuck because after being designated a slum, the City of New York was allowed to take possession under the 1949 Housing Act. This maneuver displaced thousands of families in exchange for several internationally-renowned institutions.

LANDMARK WEST! is proud to rebuild, block by block, the buildings and stories of the San Juan Hill community. The online San Juan Hill project has been launched and we are pleased to invite you to experience the vibrant community as it once was.

Join LW! and architectural historian Sarah Bean Apmann for a trip through San Juan Hill, that there is only one way to visit…via history..

Looking for VIDEOS of past LW programs? LW! Members have free access HERE with passcode!

Need the passcode? Email us at Landmarkwest@Landmarkwest.org – all recordings are available for free viewing for members