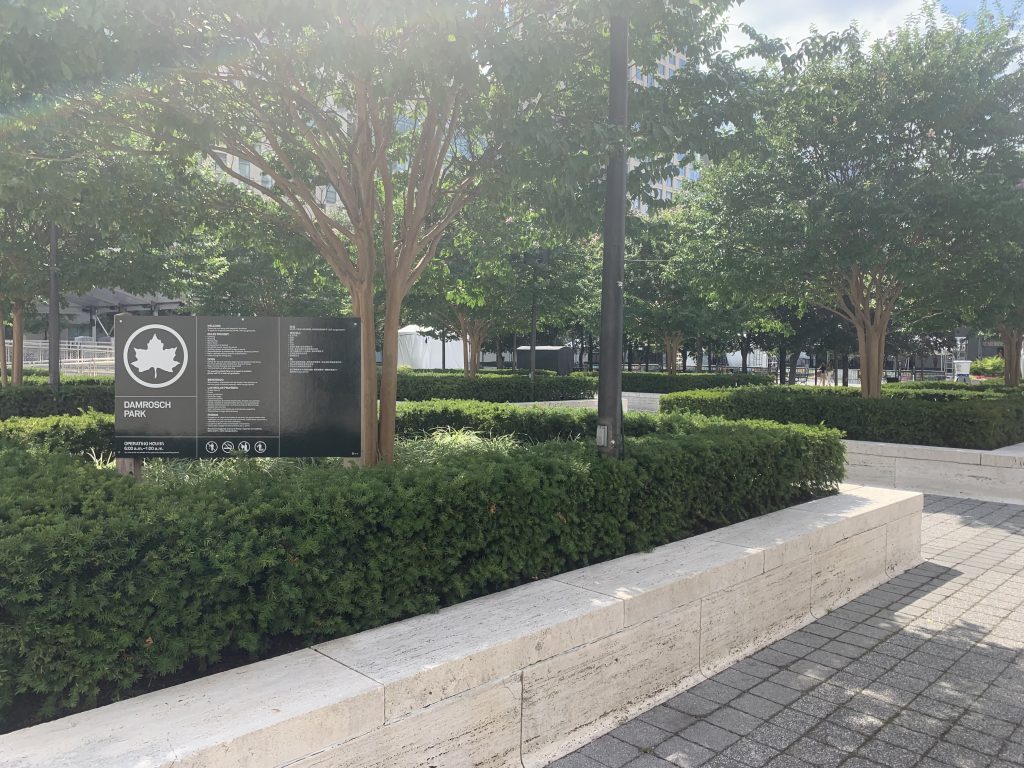 Due to confusion and controversy surrounding the design and use of public space within the Lincoln Center complex, the incorporation of green space was uncertain. However, Robert Moses, the Lincoln Center design team, and the New York City Department of Parks and Recreation ensured that this necessary open and multifunctional space remained within the scheme.  This came in the form of Damrosch Park.  With New York State Theater to its east, the Metropolitan Opera House to its north, and Sixty-second Street and Amsterdam Avenue to the south and west respectively, the park found its place perfectly within Lincoln Center for the Performing Arts.  Working in conjunction, the architectural firm of Egger & Higgins and the landscape firms of Dan Kiley and Webel & Westermann created a 2.34-acre green space.  The secluded park housed the Daniel and Florence Guggenheim Band Shell at its western end.  The enclosure’s uniquely oblong character as a concrete structure provided a welcomed sense of character to the open space.  Seating up to seventy-five musicians within the shell, the park itself could hold 4,500 outdoor concertgoers.  To retain symmetry, the eastern end of the park was home to a reflecting pool, with the same footprint as the bandshell, lined with London plane trees.  Damrosch Park, though convoluted in its origin, has been praised for the sense of life and intimacy that it brought to Lincoln Center for the Performing Arts. 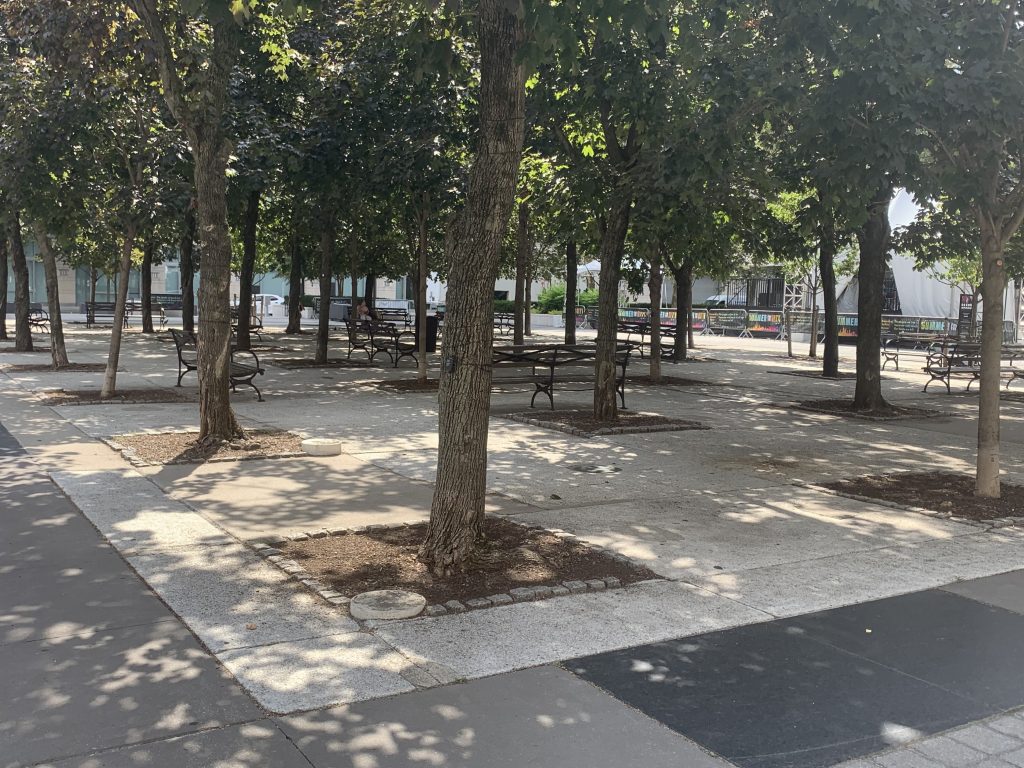