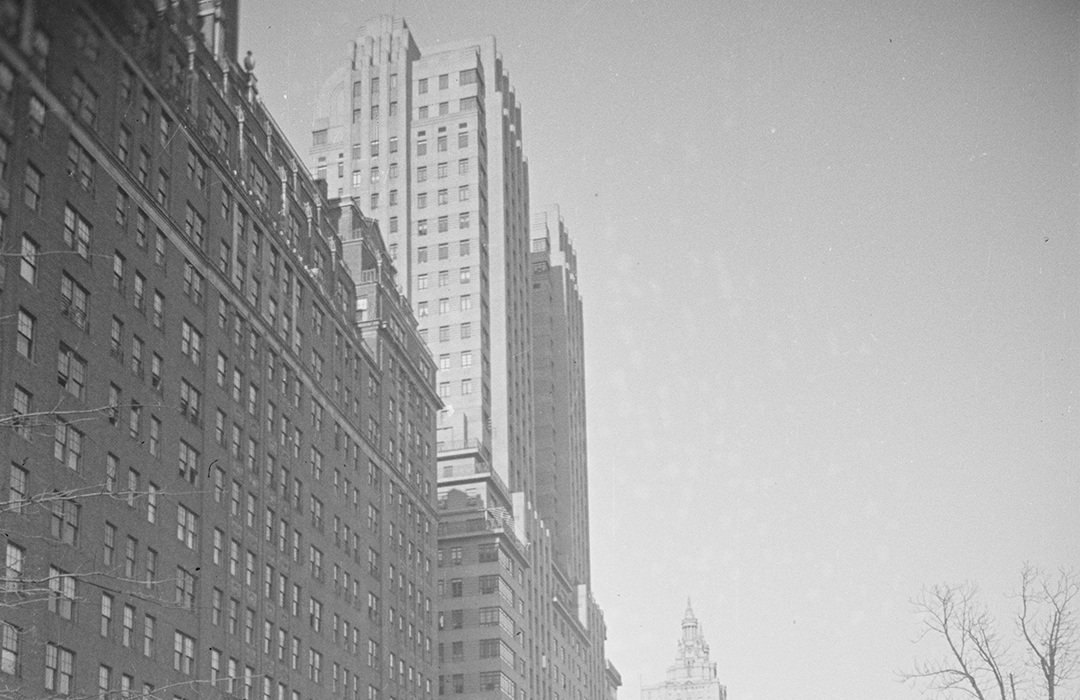 View of The Majestic Apartments from the South along  Central Park West.  Courtesy NYC Municipal Archive

Jacob Rothschild’s Hotel Majestic, which opened in 1894, spanned the blockfront from 71st to 72nd Street along Central Park West.  For years it catered to well-known residents and transients, like Gustav Mahler, Sarah Bernhardt and Enrico Caruso.  But on December 21, 1928 The New York Times reported that it had been sold and “the buyers will demolish the structure…and erect a tall apartment house.”

The new owners did not go ahead with their plans, but sold the venerable hotel to the Chanin Construction Company on April 25, 1929.  The firm immediately announced plans to replace it with “a 45-story hotel, to cost $16,000,000,” as reported by The New York Times.  Irwin S. Chanin said, “The Hotel Majestic is soon to make way for a structure that will represent a new departure in hotel construction on the upper west side.”

He explained, “About one-half of the new structure will be devoted to studio, maisonette and duplex apartments of six to fifteen rooms.  The balance will consist of kitchenette apartments of one to five rooms.”  As with all grand residential buildings of the period, it had semi-public spaces–“large dining rooms, a grand ball room and smaller quarters for social activities,” according to The New York Times.

Irwin S. Chanin would personally design the building.  He had been greatly influenced by his visit to the 1925 International Exhibition of Modern Decorative and Industrial Arts in Paris.  Now a devotee of “modernistic” architecture, the Majestic would be his first “experiment,” as he told architectural historian Andrew Dolkart decades later on June 6, 1985.

The old Hotel Majestic was demolished and construction was underway when the Stock Market crashed.  It resulted in the height being scaled back to 31 floors.  Chanin’s streamlined Art Deco building was designed around a central courtyard.  It rose 19 floors at which point it gave way to two soaring towers.  As the building rose, on September 20, 1931 The New York Times commented, “The exterior is of buff brick and stone and red marble.  Suites are from three to fourteen rooms.”  The article quoted Irwin S. Chanin as estimating “the building has a life expectancy of at least fifty years.”

At the time of the article, residents had been signing leases for months.  On April 26, 1931, for instance, The Times-Union of Albany, New York reported that playwright Harry Herschfield and impresario S. L. Rothafel “will live in the new Majestic apartments on West 72d st.”

Samuel Lionel “Roxy” Rothafel was famous in theatrical circles for his sumptuous presentation of silent films and his magnificent theaters–most notably the Roxy Theatre on Times Square and Radio City Music Hall (still under construction at the time).  The New York Times described his new 16th-floor apartment as having 10 rooms, a 60-foot terrace, “and sixteen windows facing the park.”

The old Hotel Majestic was demolished and construction was underway when the Stock Market crashed.  It resulted in the height being scaled back to 31 floors.

Early in 1932, as the building prepared to open, Bruno Richard Hauptmann was hired as the building’s carpenter with a salary of $100 per month (about $1,870 today).  Surprising his employers, on April 2 he suddenly quit his job.

As it turned out, April 2, 1932 was also the date that Dr. John F. Condon paid a kidnapper $50,000 ransom for the return of aviator Charles A. Lindbergh’s baby.  The Majestic’s management and its residents were no doubt shocked to read of Hauptmann’s arrest in 1934 for the kidnapping and murder of the 20-month-old.

During the “trial of the century,” Dr. Conlon positively identified Hauptmann as the man to whom he had handed over the ransom money.  Hauptman swore that he was at work at the Majestic Apartments on the day of and after the kidnapping, and that he and his wife had friends over on the night of the ransom transfer.

But on April 5, 1936 The Times-Union reported, “With swift, sure, swinging strokes, the Attorney General brought Hauptmann’s elaborate, ornate alibi crashing to earth.  The carpenter asserted he was working in the Majestic apartments on the day before and after the baby was stolen and slain.  Records of the building proved him a liar.”

Although Hauptmann professed his innocence to the end, he was convicted and on April 3, 1936 was executed in the electric chair.

In the meantime, the Majestic Apartments continued to attract both wealthy and well-known residents.  Comedian and actor Jimmy Durante signed a lease in 1933–the same year that a terrifying fire broke out in the 10-floor apartment of Dr. Edward Sanders.  Eleven fire fighters became trapped in the blazing apartment “when their escape was cut off,” according to the New York Sun on March 6.  They were, thankfully, rescued by two other firemen.  The fire extended to an adjoining apartment and one on the 11th floor before being extinguished.

Residents routinely appeared in society columns for weddings, dinner parties and other entertainments.  Such was the case on October 31, 1935 when The New York Times reported, “Mr. and Mrs. Edward H. Davis gave a farewell dinner last night at their home, 115 Central Park West, for Mme. Alfredo Zayas, widow of the former President of Cuba.”

In December 1938 architect Sylvan Bien was commissioned to make $30,000 in renovations to the Majestic.  The New York Sun explained “the number of apartments are to be increased from twenty-two to thirty-three on the nineteenth to twenty-ninth floors” and “eight apartments also are to be created on the thirtieth and thirty-first floors.” 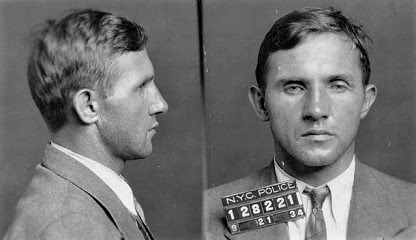 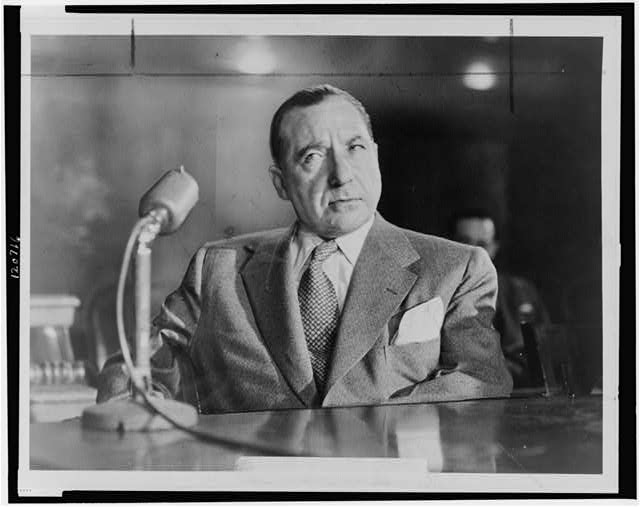 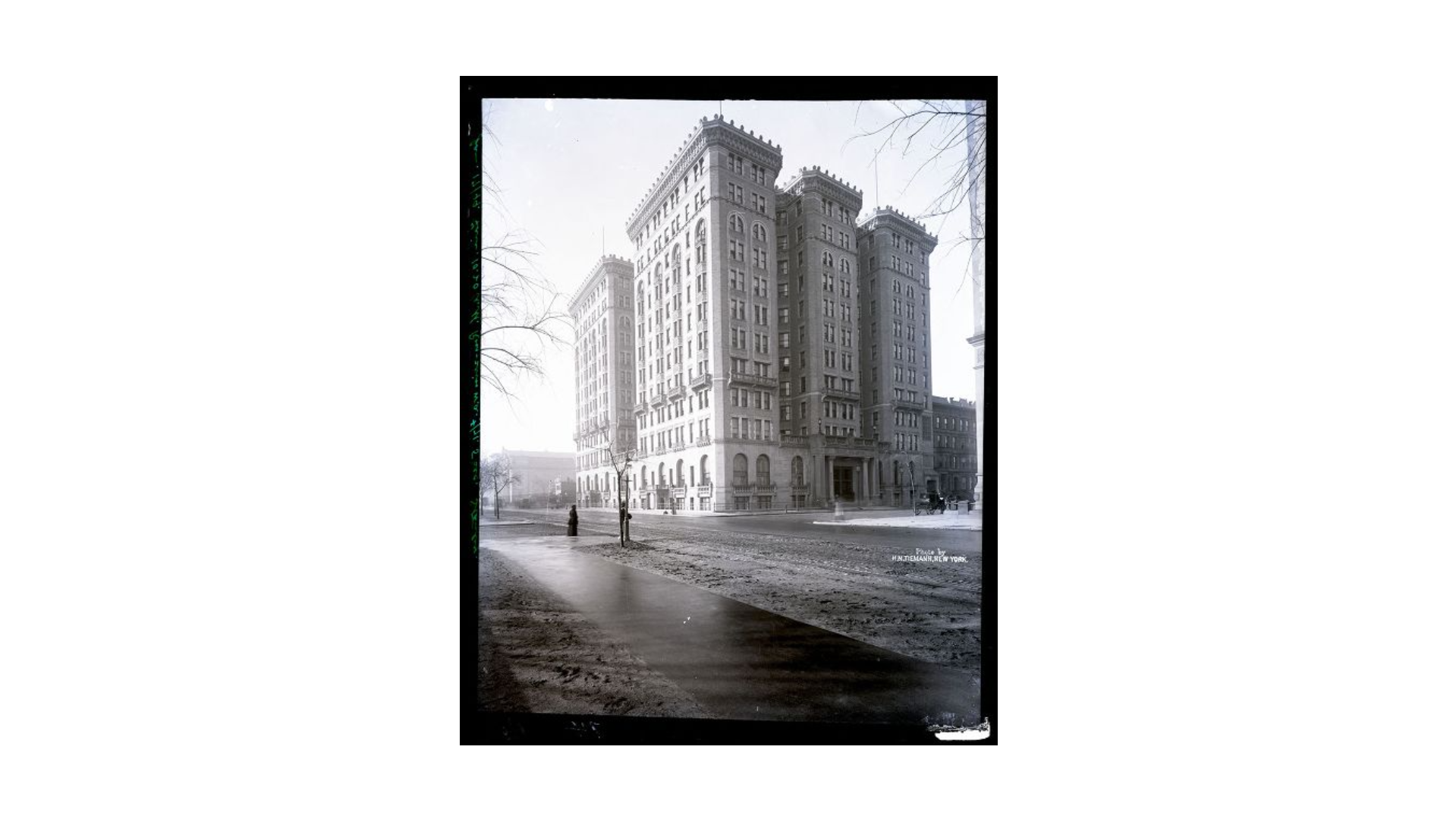 Screen and stage actor Victor Frederick Moore moved into the Majestic  in November 1938.  Another well-known resident at the time was Florentine Scholle Sutro, the widow of banker and philanthropist Lionel Sutro who had died in 1931.  Described by The New York Times, as “A leader, in many cases a pioneer, in a large number of important civic and culture movements,” Sutro had been a member of the peace delegation in Buenos Aires, was the chairperson of the Women’s International League for Peace and Freedom, and the New York chairperson of the League for a Woman for President.

A less illustrious resident was Frank Costello.  Born Francesco Castiglia in Italy in 1891, he was an Italian-American crime boss and the head of the Luciano crime family.

In 1944 he was subpoenaed to testify in the city’s proceedings to revoke the cabaret license of the Copacabana Club.   On September 15 The New York Sun reported, “The service of the subpoena on Costello was not accomplished without a good deal of effort.  Detectives hovered around his home at 115 Central Park West throughout the night and also visited his favorite haunts, but without avail.”  Finally, at 8:40 that morning detectives caught him as he was leaving the Majestic.

Costello spent extended periods away from his apartment here.  During the 1950-51 Senate Kefauver Hearings on organized crime, he was convicted of contempt and sentenced to 18 months in prison.  In 1952 the Government began proceedings to strip him of his U.S. citizenship and he was indicted for tax evasion, sentenced to five years in prison and fined $20,000.  Between 1952 and 1961 he was imprisoned numerous times, always managing to be released on bail on appeal.

On the evening of May 2, 1957 Costello and his wife, Lauretta, had dinner at an Upper East Side restaurant with theatrical agent William Kennedy and Generoso Pope, owner of an Italian-language newspaper.  Lauretta and Generoso remained  behind while Costello and Kennedy left.  Kennedy dropped Costello off in front of the Majestic around 11:00 and he was just entering the lobby when, according to The Times Record, “a black sedan stopped at the curb.”  According to the doorman, Pete Keith, “a heavy-set man about 6 feet tall rushed by him and into the lobby.”  The article continued, “The gunman fired while about 15 feet from Costello, the doorman said, then dashed past him to the black sedan, which raced from the scene.”

The 65-year-old gangster was shot in the head, but miraculously was not killed.  The bullet “furrowed under the scalp partway around the back of the head and emerged close to the right ear,” said detectives.  Costello cried out, “Somebody tried to get me!” and later told reporters, “I don’t know why I was shot.  I must have been mistaken for somebody else.”

The hit had been ordered by mobster Vito Genovese and the gunman was Vincent Gigante.  Costello’s close call convinced him to relinquish control to Genovese, although he remained influential in the New York City Mafia.  He and Lauretta continued to live on in their Majestic apartment.

The 65-year-old gangster was shot in the head, but miraculously was not killed.  The bullet “furrowed under the scalp partway around the back of the head and emerged close to the right ear,” said detectives.

On February 8, 1973 Costello suffered a heart attack in the apartment and was taken to Doctors Hospital.  Eleven days later The New York Times reported, “Frank Costello, the racketeer who survived gang bullets and safely maneuvered himself through complex trials and deportation hearings, died yesterday morning of a heart attack.  He was 82 years old.”

In November 1997 Ian Schrager, hotelier and former owner of Studio 54, purchased two apartments in the Majestic for a total of $9 million (more in the neighborhood of $14.3 million today).  The combined apartment engulfed 6,000-square-feet and had three terraces, one of which extended 75-feet along the living room.  According to The New York Times on November 27, “the 14-room combination has five bedrooms, six and a half bathrooms, a living room, a drawing room, two galleries, two dining rooms, two kitchens, two fireplaces and several servant’s rooms.”  Schrager hired French industrial architect and designer Philippe Starck to handle the interior design.

After being married for two decades, billionaire financier George Soros and Susan Weber Soros divorced.  The founder and director of the Bard College Graduate Center for Studies in the Decorative Arts, Design and Culture, Susan Soros purchased the former Schrager apartment a year later, in June 2006.  The New York Times reported, “Ms. Soros said the apartment retained the interior design carried out for Mr. Schrager by Phlippe Starck.  She said she was not sure if she would leave it as is or do a renovation.”

Another recognizable resident was television host and comedian Conan O’Brien.  His duplex contained seven bedrooms, eight-and-a-half bathrooms and three terraces.  In 2010 his position as host of “The Tonight Show” came to an end, The New York Times reporting, “Mr. O’Brien walked away with a $45 million settlement, some $33 million for himself and the rest for his staff.”  A few months later O’Brien sold his duplex to David M. Zaslav, CEO of Discovery Communications.  The price tag was $25 million.

Susan Weber Soros “is downsizing and making a clean break,” said The New York Times on October 25, 2012.  She had sold her sprawling “elegantly appointed” apartment for $50 million.  As far as the Philippe Starck interiors, Soros “has made significant renovations and updates to the décor,” said the article.

Irwin S. Chanin’s striking, streamlined Art Deco Majestic Apartments–which he predicted would last 50 years–is as illustrious an address today as it was in 1932.  Its presence is an integral part of the cityscape of the western hem of Central Park.