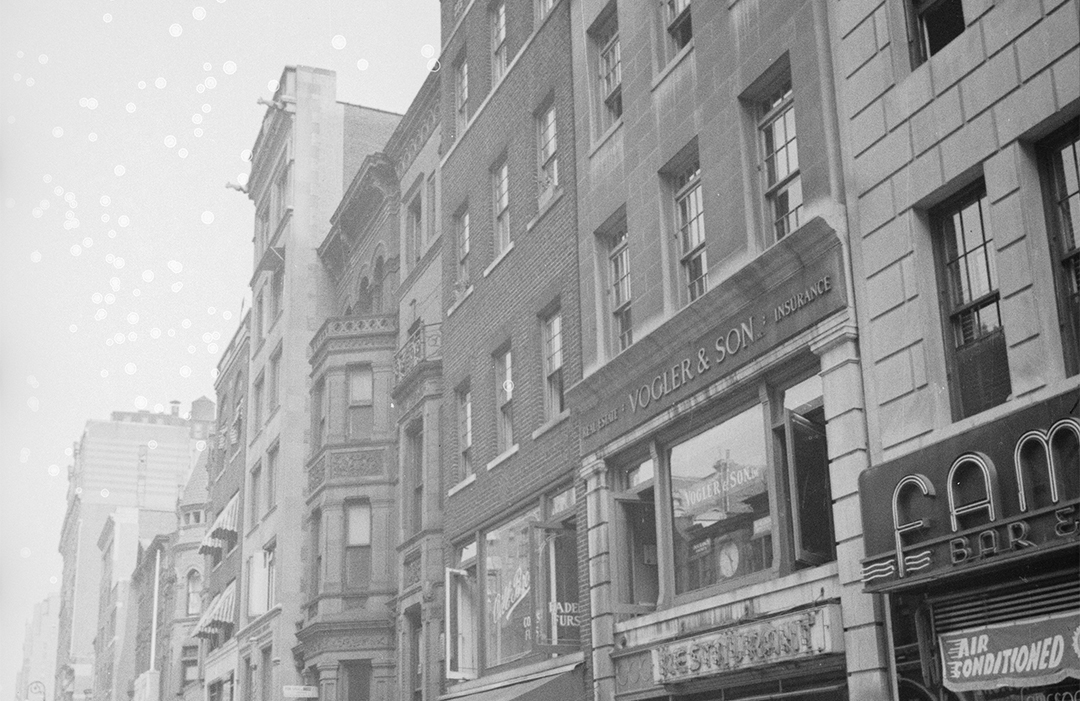 Charles Batchelor completed a row of five upscale homes along the north side of West 72nd Street, between Columbus Avenue and Broadway, in 1887.  Designed by architect Martin V. B. Ferdon, the 20-foot-wide residences were intended for wealthy homeowners.  But, instead, 127 West 72nd Street was purchased by the newly formed Occident Club in 1889.  On June 14 that year The Press reported, “The new home of the Occident Club at 127 West Seventy-second street was opened last evening with an enjoyable ‘house warming.’”

At the time, well-to-do gentlemen held at least one membership in an exclusive men’s social club.  They were not merely a sign of prestige, but were a near-necessity.  In the summer months, for instance, when families packed up for Newport and other resorts, the heads of the household stayed back during the week to conduct business.  With their mansions closed for the season, it was their lavish clubs that provided the businessmen meals and, often, sleeping arrangements.

The developing Upper West Side was inconveniently remote from the Midtown clubs.  The Occident Club solved that problem.  Its name came from the fact that all the members lived on the West Side.  Very quickly, however, the club outgrew its quarters.  In 1890, the membership had swelled to 300 and on June 15 The Press reported that it was not only building a new clubhouse down the block on Broadway and 72nd Street, but would change its name to the Colonial Club.

The club moved to its new home in 1892.  A sale advertisement for 127 West 72nd Street called it “elegant” and noted it was “finished in rich cabinet woods” and sat “on the finest street in this city.”

It became home to the Edward F. Milliken family.  Edward and his wife, Marion, had a son, Foster.  Motorcars were a luxury that only wealthy families could enjoy and Foster Milliken reveled in his plaything.  On March 4, 1901 the 35-year-old was arrested at Broadway and 96th Street, charged with “running his automobile at the rate of sixteen miles an hour.”  He paid today’s equivalent of $678 bail awaiting a hearing.

Charles Neal, sped past a bicycle policeman at Park Avenue and 70th Street who gave chase.  Neal, understandably, assumed he could outrun the bike cop.

Six months later, his name appeared in newspapers again.  On September 16, 1901 the New-York Tribune reported, “An automobile became unmanageable in Central Park yesterday afternoon as it was speeding down the East Drive…It threw both of its occupants to the ground, and dashing down and embankment two hundred feet way, upset.”  Foster Milliken was thrown from the car when it hit a tree and was taken to the Presbyterian Hospital.

Foster’s automobile was stopped for speeding again in June 1904, but this time he was not in it.  His chauffeur, Charles Neal, sped past a bicycle policeman at Park Avenue and 70th Street who gave chase.  Neal, understandably, assumed he could outrun the bike cop.  Officer Schneider “had to pedal as hard as he knew how,” said The Sun.  As he neared the automobile, he called to Neal to slow down, “but the latter only laughed.”  But the game was over when two streetcars and a truck blocked an intersection.  Neal was arrested by the exhausted policeman.

Edward F. Milliken died in 1906 and in February 1907, his estate sold the house to Dr. Charles North Dowd.  Before moving in Dowd hired the firm of Taylor & Levi to remodel the interiors.  The substantial purchase and renovations quite possibly were in anticipation of his upcoming wedding.  On December 26, 1908, Mrs. Elbert Brinkerhoff Nostrand announced that the doctor had married her daughter, Christiana Nostrand.

Dr. Dowd was a highly respected physician.  It was he, who was called in when an assassination attempt was made on Mayor William J. Gaynor in 1910.  Gaynor was shot in the throat by James J. Gallagher.  And, when the massively wealthy Thomas Fortune Ryan’s son, Allan, (neighbors at #239 West 72nd Street) needed an emergency operation for an abscess in 1912, again it was Dr. Dowd who performed the procedure.

On July 17, 1920, the Record & Guide reported that Dowd had sold 127 West 72nd Street.  By now the block as no longer one of handsome private mansions.  Increasingly shops and apartment buildings encroached onto West 72nd Street. 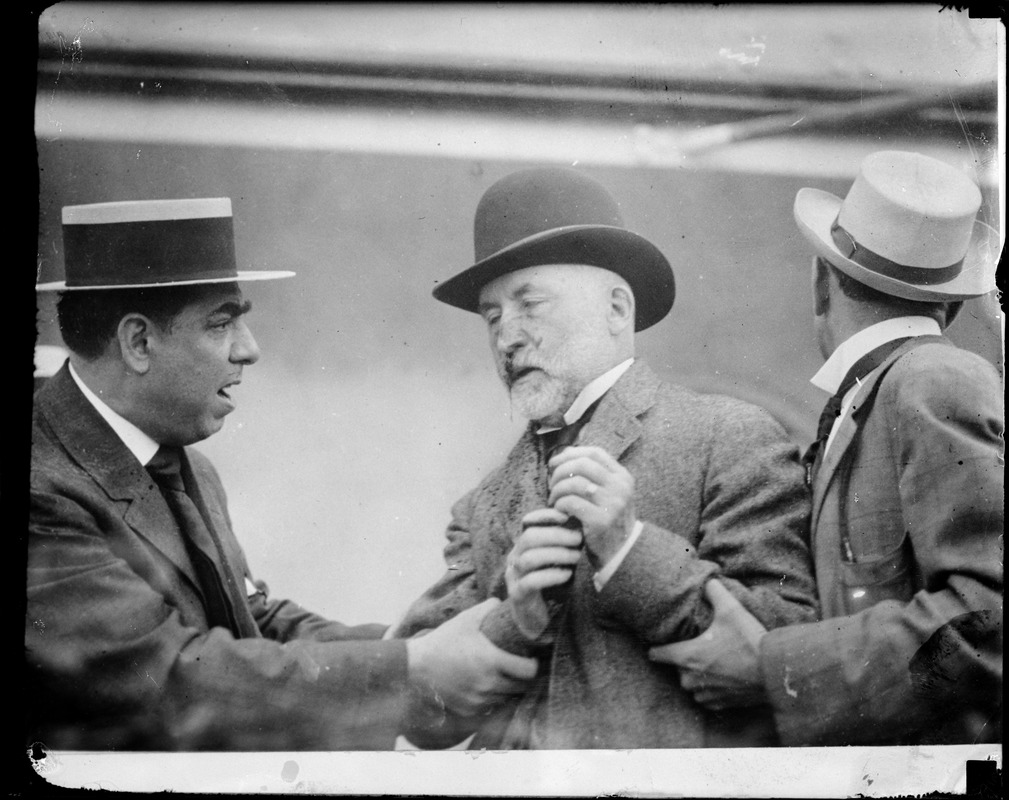 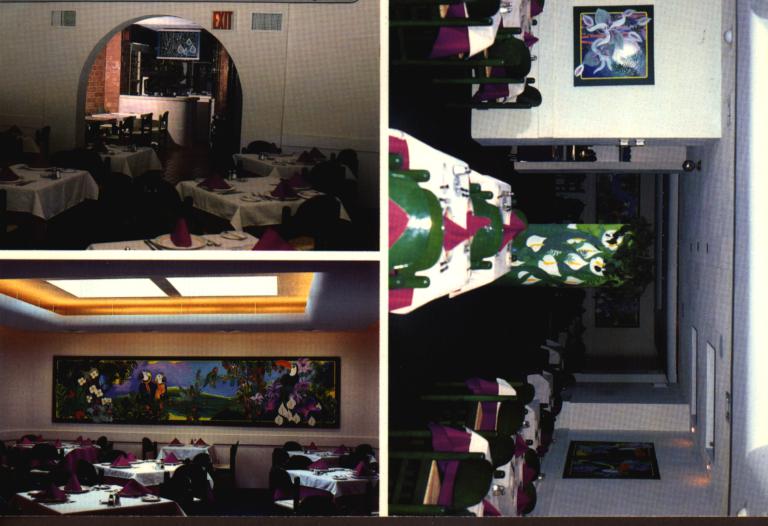 James F. Fay was the principal in the Fay Holding Company.  He hired architect Nathan Langer to completely remodel the old brownstone.  Langer removed the stoop, pulled the front forward to the property line, and gave the structure an austere dark brick façade.  The sole decoration of the upper floors was in the patterned brick work which created frames around the windows, and in the inset tiles of the parapet.  The first and second floors held commercial spaces and the three upper floors contained two apartments each: front and back.”

Among the initial residents were stage star Wanda Lyons and her sister Camilla.  Wanda had the front apartment on the fifth floor and her Camilla lived in the rear apartment.  During the war, Wanda Lyons had traveled to France to entertain the soldiers near the front lines.  She had played on stage with stars like Al Jolson and “made a distinct hit in ‘Getting Gertie’s Garter,” according to The Evening Telegram.

Wanda had just returned from Atlantic City where she underwent an appendicitis operation in November 1921 when she began getting mysterious phone calls.  When she would answer, the caller would say, “Oh, I am so sorry.  I guess this is the wrong number.”  She did not realize that someone was waiting for the time she would not pick up.

On the night of November 30, the actress left at about 8:00 and returned two hours later.  “The apartment was strewn with clothing, and even the bed mattress was overturned,” reported The Evening Telegram.  Although the burglar had used a hammer to break the lock, neither Camilla nor any other tenant heard the noise.  He took only jewelry, “valued at more than $5,000, one piece of which was a gift from a member of the royal family of Denmark.”  (That amount would equal more than $73,000 today.)

Another single female resident, Myrtle Woodward, had a burglar problem two years later.  In September 1923 her apartment was robbed, and several other apartments were been broken into around the same time.  Two weeks after the incident Myrtle came home from playing golf and encountered two men on the second-floor landing.  The New York Times said, “mindful of several recent robberies in the house, [she] stopped and questioned them.”

On the night of November 30, the actress left at about 8:00 and returned two hours later.  “The apartment was strewn with clothing, and even the bed mattress was overturned,” reported The Evening Telegram.

The feisty Myrtle was not satisfied with the answers and demanded they come with her to find a policeman so they could explain their presence in the building.  But once on the street, they ran.  One jumped on the running board of a moving taxicab at Columbus Avenue.  “Screaming for help, Miss Woodward ran after the cab.”  When he jumped off the running board and darted into the subway station at 72nd and Broadway, she grabbed a patrolman and followed.  On the platform, she pointed out the man and had him arrested.  The New York Times said her “quick wit and courage” resulted in the would-be crook’s capture.

It was not only the residents who were victims of burglars, but the stores.  At 4 a.m. on December 17, 1931 Patrolman John Mahoney saw a man break into Rohr’s candy store, then unlock the door from inside for his accomplice.  The initial man “began to hand out merchandise to his companion,” said The New York Sun.  It turned out to be a costly (and failed) heist.  When they saw Mahoney approaching, the burglars fled.  As the officer ordered them to halt, Bart Richards made a gesture toward his hip pocket.  “Mahoney fired and Richards fell,” said the article.  The other man was quickly captured after a short chase.  Richards was not fatally wounded.

In 1972, the ground floor was converted for to “eating and drinking” establishment, The Nickle Bar.  Another renovation completed in 1985 resulted in a total of five apartments on the upper floors, including a duplex on parts of the third and fourth floors.

The Nickle Bar made way for Brazil 2000 Restaurant in 1987.  In 1998, Bissaleh Moroccan Restaurant opened.  And today a restaurant remains in the ground floor space and a massage parlor operates from the second.