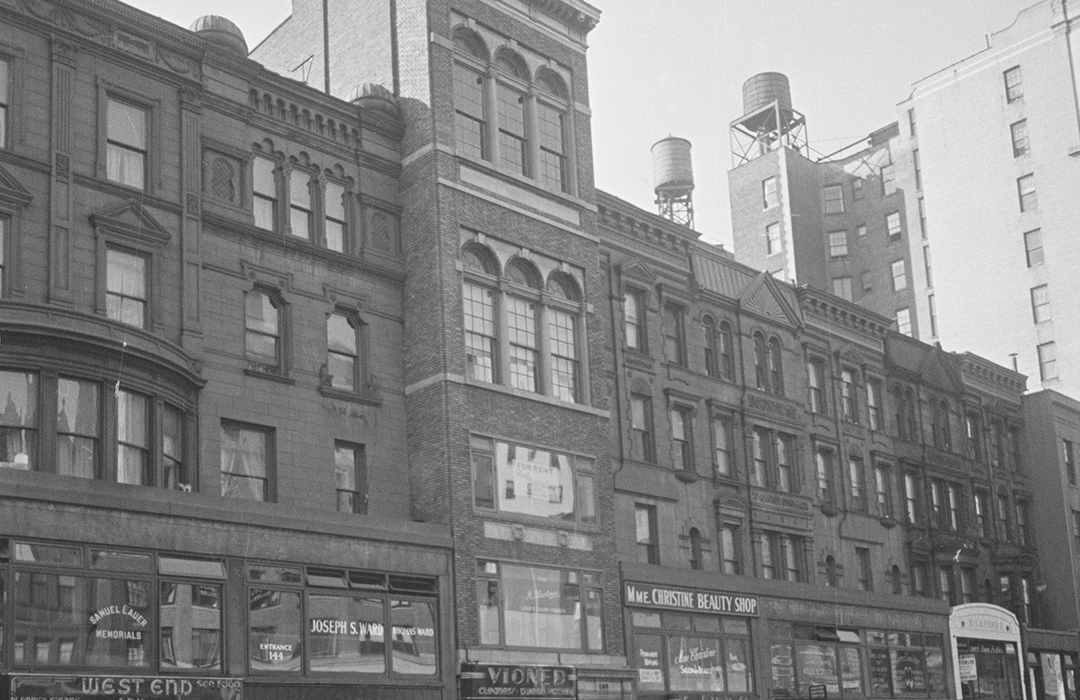 In the first decade of the 20th century, Theodore Offerman and his wife lived in the high-stoop brownstone house at 148 West 72nd Street.  It was one of a row of five designed by Thom & Wilson in 1885.  And it would be one of the first along West 72nd Street to fall victim to commerce.

In 1909 West 72nd Street was, for the most part, still an exclusive residential enclave.  But change was on the horizon and that year developer F. A. Elliott demolished the 20-foot-wide house and hired architect Charles E. Birge to design a store and studio building on the site.  His plans, filed in February 1910, called for a “7-story brick and stone store and dwelling” to cost $50,000—just under $1.4 million today.  Before construction began, the height of the top two floors were changed to the equivalent of one-a-half stories each.  That reduced the number of floors in the finished building to five.

The studio building trend was sweeping Manhattan at the time with living-studio spaces designed with the needs of resident artists in mind.  The expanded height of the two top floors had to do not only with the northern light which now flooded into the upper studios—so important to artists—but with the fact that they were designed as one spacious duplex apartment.

Ironically, it was not visual, but musical artists who filled the building.

Faced in beige brick and trimmed in marble, the building was a commercial take on the Renaissance Revival style.  The windows of the two top floors took the form of arcades, an engaged Corinthian column separating the openings.

Ironically, it was not visual, but musical artists who filled the building.  Among the earliest was Herbert Witherspoon an operatic bass who sang with the Metropolitan Opera Company, gave personal recitals and tours, and taught voice.  In its December 1915 issue The Opera Magazine announced, “Mr. Witherspoon accepts a limited number of pupils at his studio, 148 West 72nd Street.”

Also teaching voice here at the time were J. Bertram Fox and Franklin Riker.  Fox’s advertisements in 1916 noted he taught singing “in all the branches,” and Riker’s advertisement in Musical Courier in August that year noted, “teaching Wednesdays and Saturdays at studio, 148 West Seventy-second street.”

Newspapers nationwide picked up the story of Herbert Witherspoon’s marriage on June 20, 1916.  The Sunday Oregonian wrote, “The marriage of Florence Hinkle to Herbert Witherspoon naturally is the topic far and wide.  The soprano is one of the greatest artists that this country has ever produced and is as widely loved as she is known…Mr. and Mrs. Witherspoon will be ‘at home’ after the first of November at 148 West Seventy-second street, New York City.”  The article mentioned, “Mr. Witherspoon has been fulfilling many professional duties, having taught an immense class as well as sung in concert, oratorio, and at the Metropolitan Opera House for the past few years.” 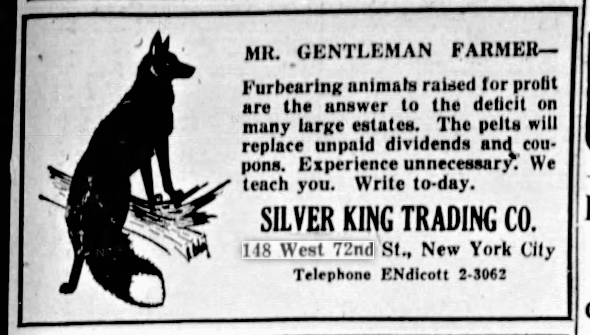 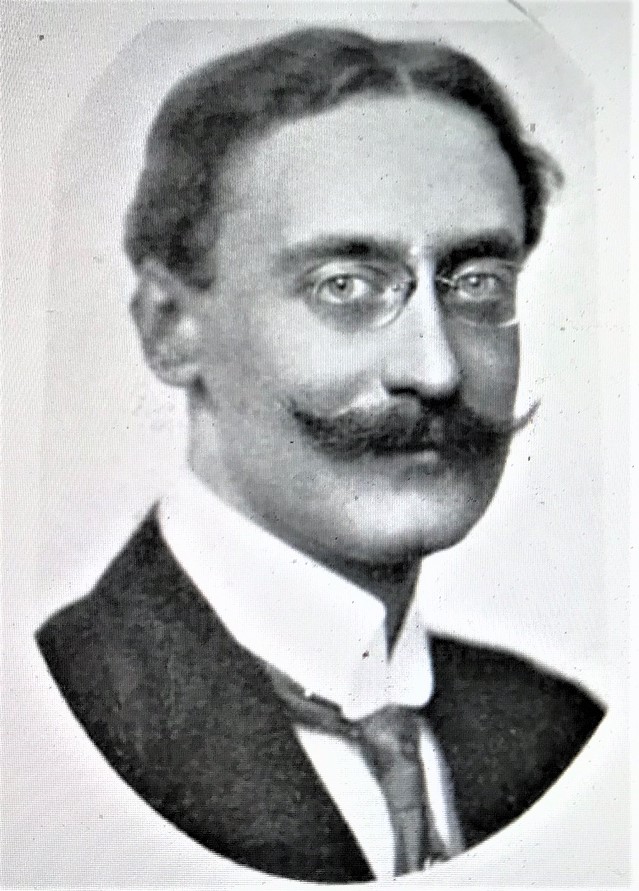 In 1918 L. J. Phillips & Co., real estate agents, moved into the two-story commercial space.  Organized in 1873, it was among the first real estate offices on the Upper West Side, opening at Ninth (later Columbus) Avenue and 70th Street in 1886.

The studios continued to attract musicians.  In the post-World War I years Louis Stillman, “teacher of piano literature,” and Laura E. Morrill, singing teacher were occupants.  A new type of tenant arrived in 1926.  On July 21, the New York Evening Post reported that the “seven-room duplex apartment on the fourth and fifth floors” had been leased to the Cater-Waddell School of Stage Dancing “for a long term of years.”

The studios that had been home to opera stars and piano teachers were one-by-one being transformed into offices.  In 1935 the Silver King Trading Co. was here, urging newspaper readers to raise fox and minx “at home spare time” for profit.  The company would remain at the address through, at least, 1948.

While the block experienced a significant decline after mid-century, a renaissance took root in the third quarter.  On November 20, 1976, The New York Times columnist Francis X. Clines described the block as “the vivid 72d Street corridor of small retailers crossing Broadway that offers all manner of things required or craved by West Siders who make their costly rounds among well-stocked produce bins, toney boutiques, aromatic snack bars—life’s boulevard of hard and soft wares.”

Among those trendy shops was the newly-opened The Biblophile, a bookstore in 148 West 72 d Street operated by Laura Bruning.  Francis X. Clines said, “One emphasis at the store will be drama, because she feels there is a valuable community of theater professionals.  Another will be her personal favorite, religion-philosophy from her California years.”

By the early 1990’s the second-floor space was home to a beauty salon that touted “beautiful innovations.”  The well-rounded salon offered, “hairweaving, French lacing, wigs, braiding, hairpieces, relaxers, cutting for males and females.”

A renovation completed in 1994 resulted in a store on the ground floor, offices on the second, and a total of six apartments above, some duplexes.