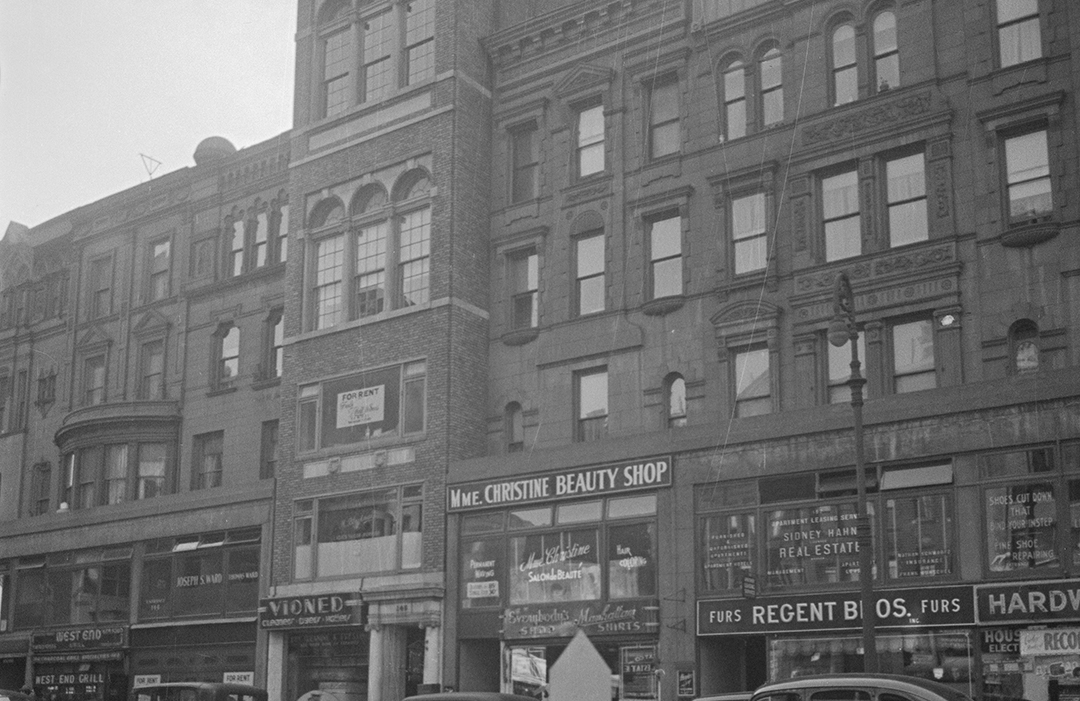 Real estate operator George J. Hamilton hired the architectural firm of Thom & Wilson in 1884 to design five “first-class four-story high-stoop brown stone houses, with all improvements” on the south side of West 72nd Street.  Located between Columbus Avenue and Broadway, each would cost approximately $645,000 in today’s money to construct.

Completed in 1886, the row was a blend of Northern Renaissance Revival and Queen Anne styles.  The architects’ two models were repeated in an A-B-A-B-A pattern.  Three bays wide, their elaborate carvings and intricate architectural details reflected the affluence of the families who would occupy them.

Mary M. Holzmaister was particular that her servants speak her native German.

Like all the well-to-do families along the block, the Holzmaisters maintained a domestic staff.  Mary M. Holzmaister was particular that her servants speak her native German.  An advertisement in The Sun on October 24, 1891 read, “Wanted—Good German girl, to cook, wash, and iron in family of three adults.”

And also like their neighbors, the Holzmaisters traveled during the summer season.  On May 20, 1896, for instance, The Clothiers & Haberdashers’ Weekly noted that Louis and Mary “sailed for Europe last Tuesday on the Trave.”  And in July 1915 the Brooklyn Daily Eagle reported that the couple was among the recent arrivals at the Whiteface Inn in White Lake, New York.

After living in the high-stooped house for nearly four decades, the Holzmaisters sold it in May 1920 to Elmer E. Smathers.  (The elderly couple moved to an apartment where Louis died in February 1923.) 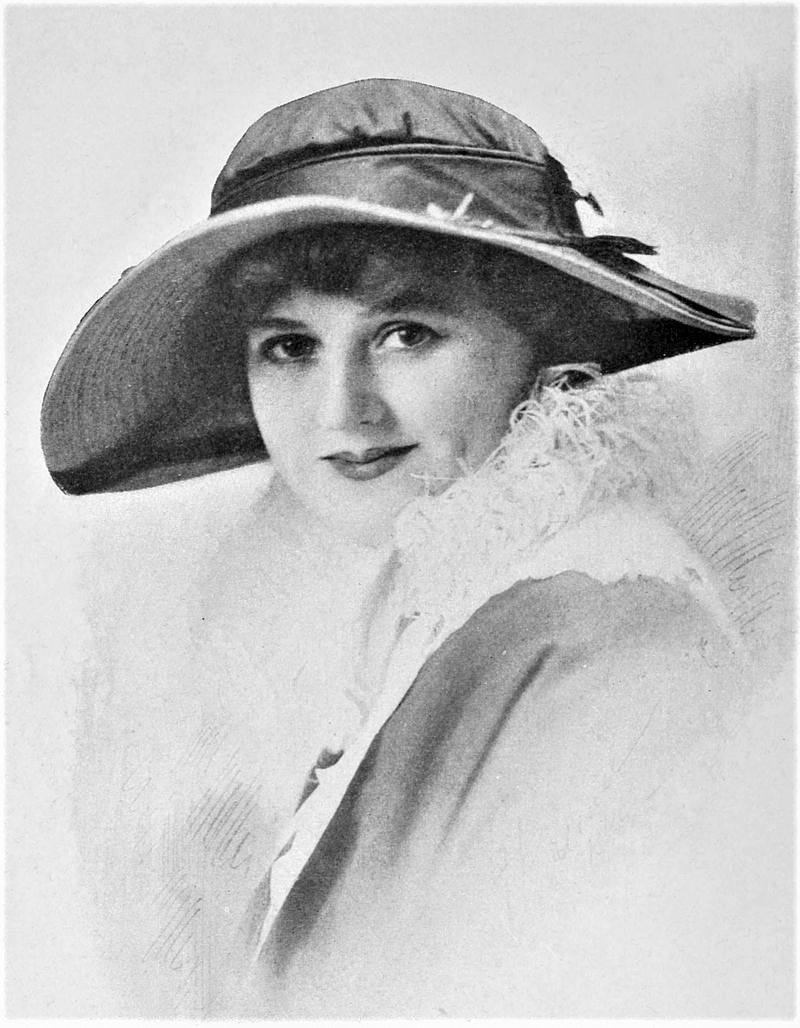 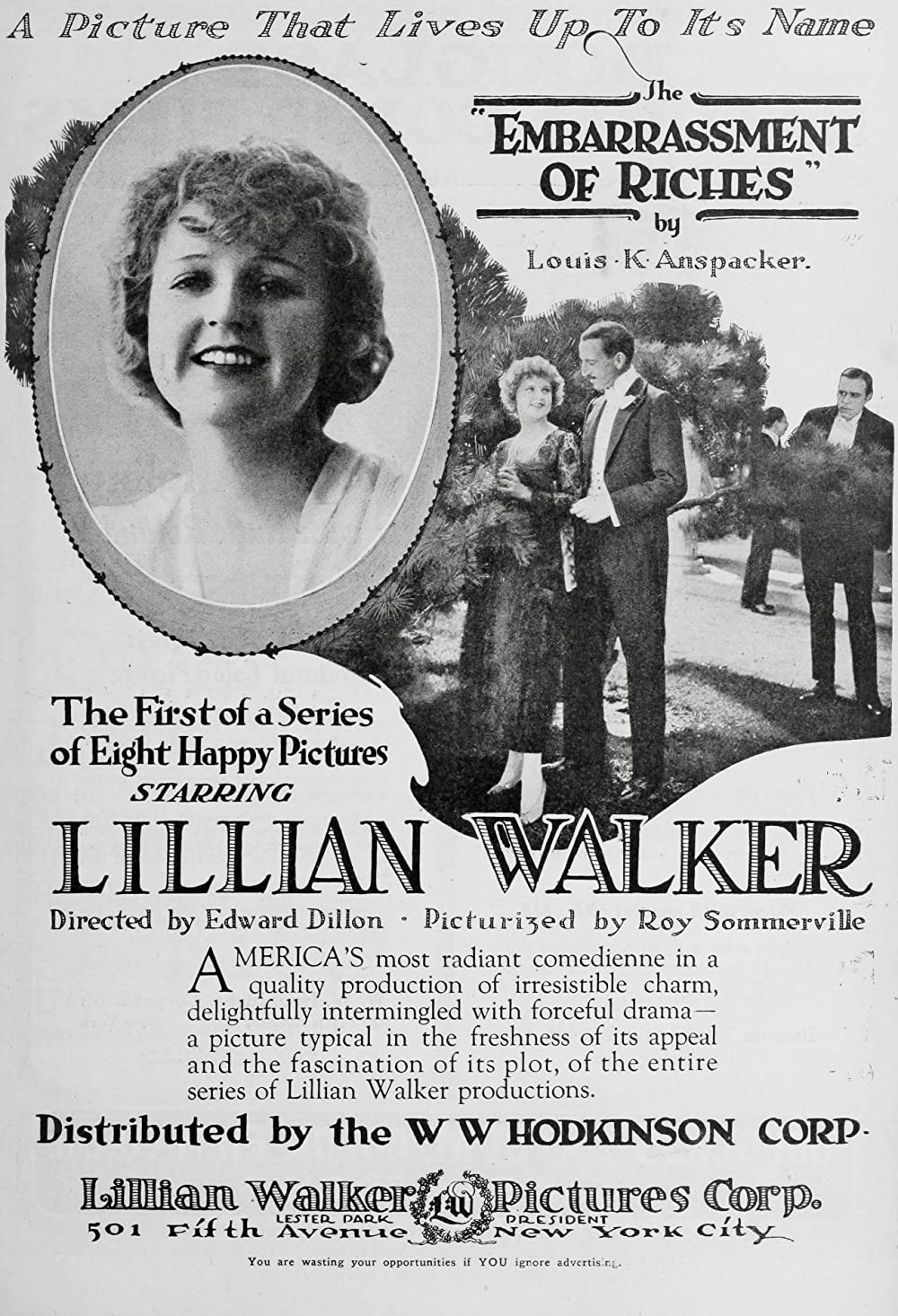 Movie Poster from "An Embrassment of Riches"

By the time Smathers purchased the property, West 72nd Street had changed from a quiet, exclusive residential thoroughfare to a busy commercial street.  He hired architect Robert T. Lyons to convert the building for commercial and apartment use.  Lyons removed the stoop and erected a two-story commercial addition at the property line.  The upper floors became what was known as bachelor apartments, with no cooking allowed by order of the Department of Buildings.

The Whitney-Foster Corp., real estate brokers, took the commercial space in 1921.  And, despite the term “bachelor,” the apartments were leased to both men and women.  Among the residents in 1923 was actress Lillian Walker.

Born Lillian Wolke in Brooklyn, she had started her silent motion picture career in 1909.  She started her own production company, Lillian Walker Pictures Corporation in 1918, with little success.  She was nevertheless a fan favorite and Photoplay magazine described her as “a feminine confection composed of dimples, golden hair and curves.”  Those attributes caught the eye of millionaire color print manufacturer William J. Wilkinson around the time Lillian moved in.

Photoplay magazine described her as “a feminine confection composed of dimples, golden hair and curves.”

Wilkinson’s wife named the actress in her divorce suit in March 1923.  The Daily News said “Women, young and beautiful, knew Wilkinson as an ardent and liberal lover.  They enjoyed their visits to the millionaire’s’ two love cotes.”  Scandal like this could have ruined Lillian Walker’s career and she was quick to react.

“Miss Walker denied she had ever visited Wilkinson,” said the Daily News.  “’Why, only recently a big producer turned down my application for work because, he said, my reputation was too good and I had not become notoriously famous,’ the actress remarked.”  Walker threatened to countersue.  “I met Mr. Wilkinson once or twice and danced with him at the Club Royale.  I will engage a lawyer and appear in court to defend my name.”

In the late 1920’s William E. Marter, “dispensing optician,” had his office in one of the commercial spaces, and by 1941 Everybody’s Shop, Inc., a menswear store, was here.  The 1980’s saw Kreeger & Sons, “the outfitters for the Outdoors” in one of the spaces.