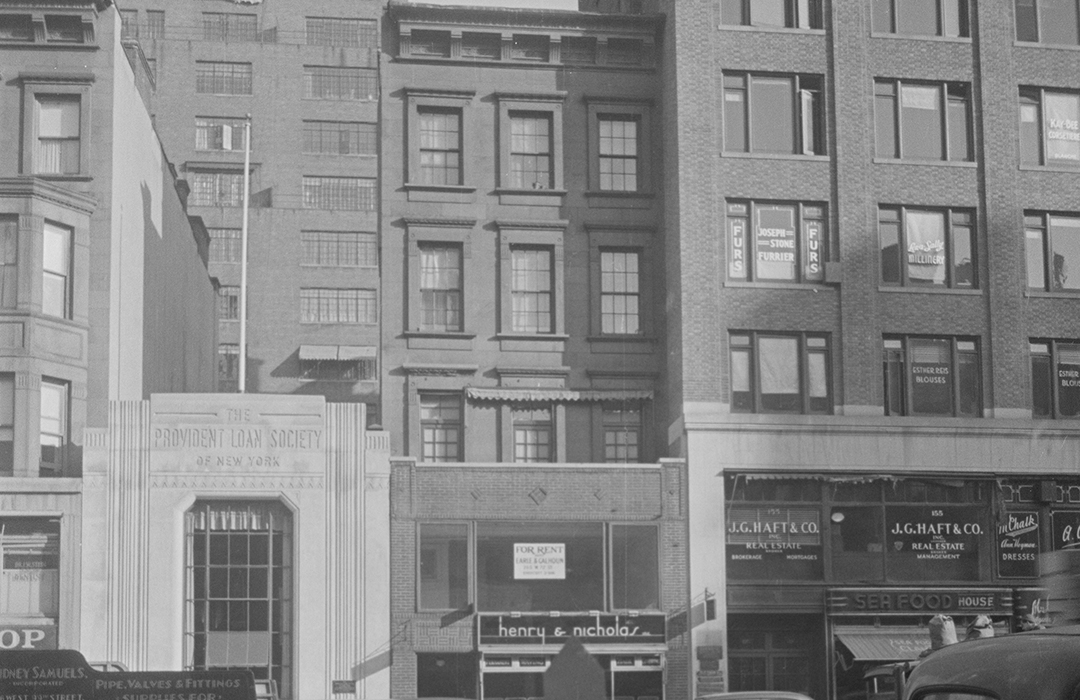 James R. Smith and Cornelius W. Luyster hired the brothers David and John Jardine, partners in the architectural firm of D & J Jardine, to design a row of ten upscale rowhouses along the southern side of West 72nd Street between Columbus and Amsterdam Avenues in 1883.  Completed the following year, the 22-foot-wide residences were four stories tall above a high basement level.  Their neo-Grec design was the latest in domestic architectural fashion.

The Shepperd family lived at 157 West 72nd Street by the mid-1890’s.  Viola Spindler-Sheppard was the daughter of a previous marriage.  She had been engaged to Dr. William Samuel Gottheil for several years when the wedding date was finally set at August 11, 1896.

The long engagement was possibly a result of the couple’s differing religions—Viola was Episcopalian and Dr. Gottheil was Jewish, the son of Reverend Gustav Gottheil, rabbi of Temple Emanu-El.  A little more than a month before the ceremony, on July 2, 1896, Viola fell ill with appendicitis.  Her condition degraded to the point that Dr. Gottheil had her removed from the house to Miss Anna Alston’s private sanitarium on West 47th Street.  The New York Journal reported, “In the removal, she was injured slightly.  An operation was decided upon as a last resource.”

Although she survived the operation, Viola was in critical condition.  Her physician and fiancé was “constantly at her bedside,” according to the New York Journal.  As her condition improved, Viola insisted that the wedding take place on the scheduled day.  The marriage was arranged to take place the house of Dr. Gottheil’s father, who would perform the ceremony.

The New York Journal reported “Dr. Gottheil, accompanied by a trained nurse, removed her in a carriage.  She was weak from the effects of the trip and was put immediately to bed.  After she recovered from her fatigue the marriage ceremony was performed.  At the close of the ceremony the bride fainted.”

She was weak from the effects of the trip and was put immediately to bed.  After she recovered from her fatigue the marriage ceremony was performed.  At the close of the ceremony the bride fainted.”

Viola’s half-brother, Joseph Spindler, was the only member of her immediate family to witness the marriage.  It was explained that “it was thought best to have as few persons attend as possible.”

Three days later The World reported that Viola was able to leave her bed the previous day.  It noted, “Dr. Gottheil expects to remove his bride to the country early next week.”  Viola did, indeed, totally recover and lived until 1921.  Her husband went on to an impressive career as a professor of dermatology and the author of several medical books.

In 1905 157 West 72nd Street was purchased by Elizabeth Potter.  Born Elizabeth Scriven, she had first been married to the massively wealthy Alfred Corning Clark, who died in 1896.  In 1902, she had married Henry C. Potter, the Episcopal Bishop of New York.  The 72nd Street purchase was entirely for investment purposes and it appears Elizabeth Potter recognized the changes taking place on the recently exclusive residential block.

On June 25, 1907, the New York Herald ran a headline that may have been shocking to some: “Mrs. Potter Alters House in 72d Street for Trade.”  It would be a decade before the trend to convert the opulent homes along the thoroughfare, but Elizabeth Potter was far ahead of the game.  The article said architect George H. Griebel was working on plans to convert the house “into a loft and store building” and that “Mrs. Potter purchased other houses in Seventy-second street at the same time and it is expected that these also will soon be converted into business buildings.”

Gribel’s alterations were gentle, at least on the exterior.  Most likely, the stoop remained, a store was installed in the former basement level, and the upper floors were operated as a high-end boarding house.  The residents were professional, like A. K. Mack, an insurance underwriter who lived here in 1908 and ’09; and author and editor, James Grant Wilson and his wife, Mary, who had an apartment about the same time. Wilson edited, for example, the Memorial History of the City of New York, and Appleton’s Cyclopaedia of American Biography. 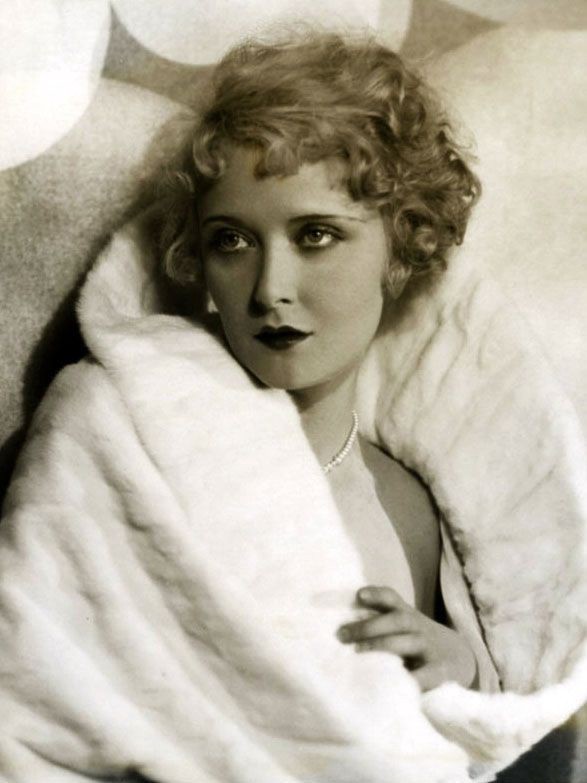 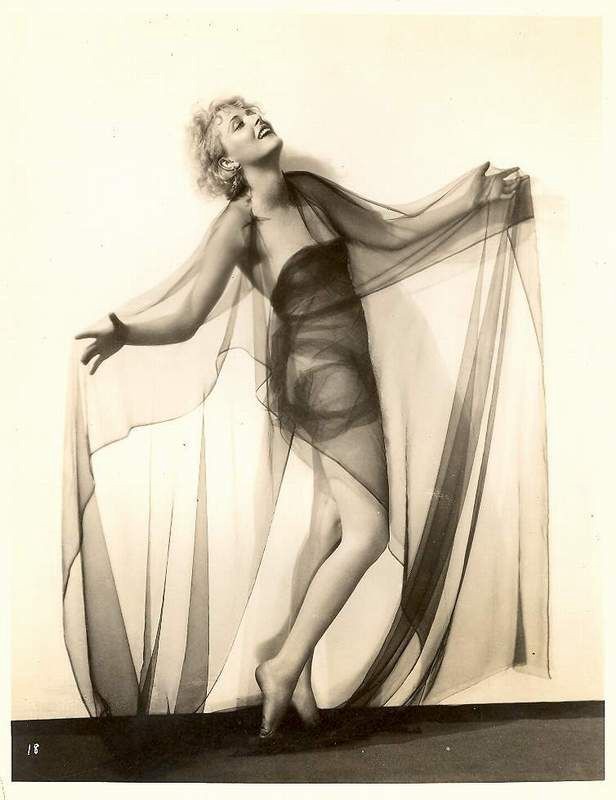 Other tenants before World War I were Herman J. Douds, a commercial engineer; Frances W. Hawes, who was active in the Association for Improving the Condition of the Poor; and 1916 Columbus University graduate Courtlandt Luck.

Elizabeth Potter had died in 1909.  In 1919 her son, Frederick Ambrose Clark sold 157 West 72nd Street to Felix Isman.  In June 1920, an auction was held of “the antique and modern furnishings.”  The auction inventory hinted at the sumptuous surroundings the boarders had enjoyed.  Among the items to be sold were “Colonial and Empire furniture, about 50 pieces of real bronzes, oil paintings (including several J. G. Tyler’s and others), [and] Persian carpets and rugs.”

In 1922, the Redstone Holding Co. signed a 42-year lease on the property.  The following year architect Samuel Cohen filed plans for a more aggressive alteration than George H. Griebel’s.  The stoop was removed, and a two-story extension erected at the property line to accommodate two commercial spaces.  Cohen’s design might be described as tepidly Art Deco.  Large expanses of glass sat within a sparsely decorated façade with panels and diamonds executed in brick.  The top three floors were altered into small apartments.  The façade of that section remained unchanged.

The two stores became home to I. W. Soluan’s leather shop and the Williams Hair Dressing Salon.  One of the apartments was home to Ziegfeld Follies chorus girl Imogene “Bubbles” Wilson.  Her real name was Mary Imogene Robertson and, according to The Sun, Florenz Ziefeld called her “the prettiest of the Follies girls.”  When she moved into the 72nd Street apartment, she was carrying on a torrid affair with the married blackface comedian, Frank Tinney.

Trouble first occurred between the two on the night of May 27, 1924.  Imogene had arranged for a reporter to interview her at the apartment for a story on Broadway nightlife.  When she came home that night, Tinney was there.  “He declared his intention of spending the night there,” she later testified, “in spite of her insistence that he could not and went into her bedroom.”

She told a reporter “Why this is just a foolish little girl that has believed everything Frank told her.  She has my sympathy, and I am very sorry for her.”

When a man appeared that the door, Tinney refused to believe he was a reporter.  As things got heated, the reporter “suggested that it would be better if he left.”  According to Imogene, Tinney was rabidly jealous and beat and struck her “until she lapsed into unconsciousness.”

Tinney made light of the allegations in the courthouse hallway on May 29.  His wife, however, was more serious.  She told a reporter “Why this is just a foolish little girl that has believed everything Frank told her.  She has my sympathy, and I am very sorry for her.”

Although Imogene Wilson was the victim, the scandal of her sexual affair with a married man ruined her career.  She left the country and started a film career in Germany, not returning to the United States until 1927 under the new stage name Imogene Robertson.  The one-time Broadway beauty eventually died of a barbiturate overdose in 1948.

Living in an apartment at the time of Imogene’s assault by Tinney was the 27-year-old chauffeur Edward Doyle.  A sensational daylight robbery occurred on June 11, 1924, when a mail truck was held up and 29 packages of jewelry valued at $3 million in today’s money was taken.  Within the week, four men were arrested including Edward Doyle who was wearing evidence–a diamond and platinum wristwatch, part of the haul.  The watch alone was valued at $15,000 by today’s standards.

In 1929, the Geener Art Gallery was in one of the commercial spaces.  The residents of the upper floor apartments continued to be financially comfortable.  Dr. William Darrach and his wife lived here in 1931.  The couple maintained a country home in Greenwich, Connecticut.

The Paris West Galleries occupied one of the stores in the 1970’s; and by the early 1980’s the home store shop, Tiger’s Eye, was here.  Here shoppers could purchase, for instance, “what every bathroom needs,” according to New York magazine on December 7, 1981, “a handsome freestanding oak towel rack.”

On June 20, 2013, the two commercial spaces were joined as the Goodwill’s “Uptown Manhattan Boutique” opened.  Samuel Cohen’s 1922 façade had been covered over with white panels and the entrances and show windows updated.  Above it, D. & J. Jardine’s 1884 house—albeit painted—is almost totally intact.