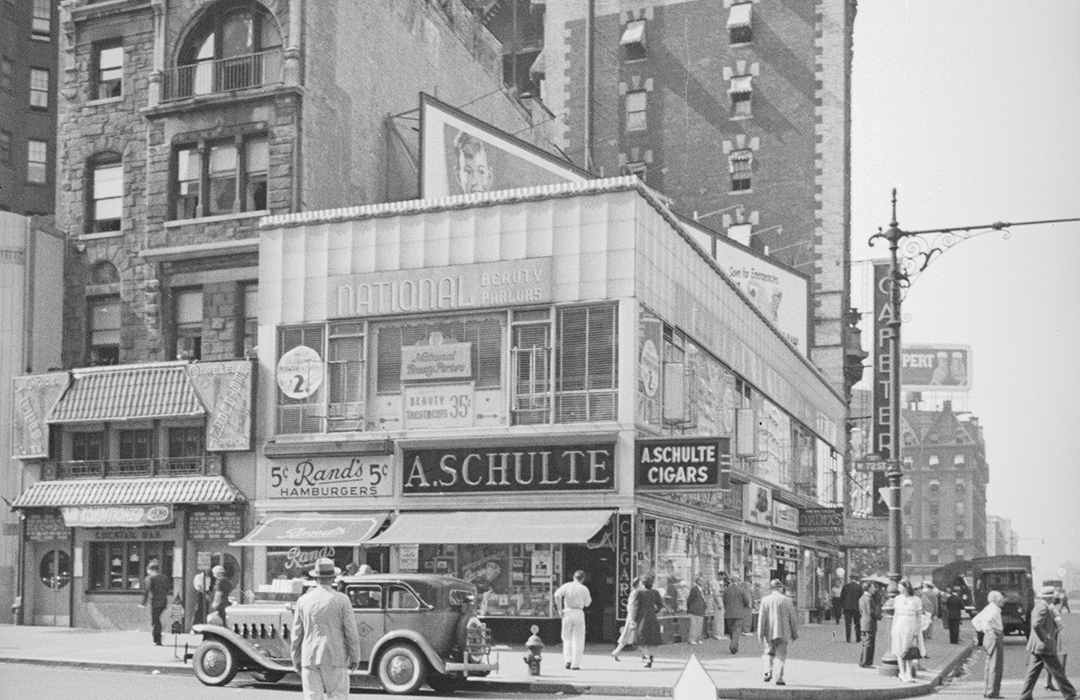 The oldest private school for girls in New York City was established in 1816 by Mrs. Esther Smith.  In 1834 her brother, James Boorman erected a double-wide mansion at 1 Fifth Avenue, just above fashionable Washington Square, to house the school.  And then in 1893, now run by the “Misses Graham,” it moved into the mansion at 176 West 72nd Street, on the southeast corner of Broadway.  Here the daughters of well-to-do families were schooled in academic courses, as well as proper demeanor.

The neighborhood chosen by the Graham sisters for the refined school was elegant and residential.  But that would not last.  By the end turn of the century the intersection had become increasingly commercial as both West 72nd Street and Broadway became major thoroughfares.  And in 1904 a subway station was opened in the center of Broadway, directly across from the brownstone mansion.  No longer the environment for genteel young ladies, the school moved on.  Two years later the Real Estate Record & Builders’ Guide reported “Work will soon be started changing the 5-story residence, No. 176 West 72d street into a store, office and studio building.”  The days of elegance were over.

Two years later the Real Estate Record & Builders’ Guide reported “Work will soon be started changing the 5-story residence, No. 176 West 72d street into a store, office and studio building.”  The days of elegance were over.

In 1938 the converted mansion was demolished by the 30th Properties, Inc., a development firm that recognized the commercial potential of the busy corner.  It hired architect Arthur Weiser to design a mercantile structure on the site.  With the Great Depression over and soaring business buildings dotting the neighborhood, Weiser’s mere two-story structure is surprising and befuddling. 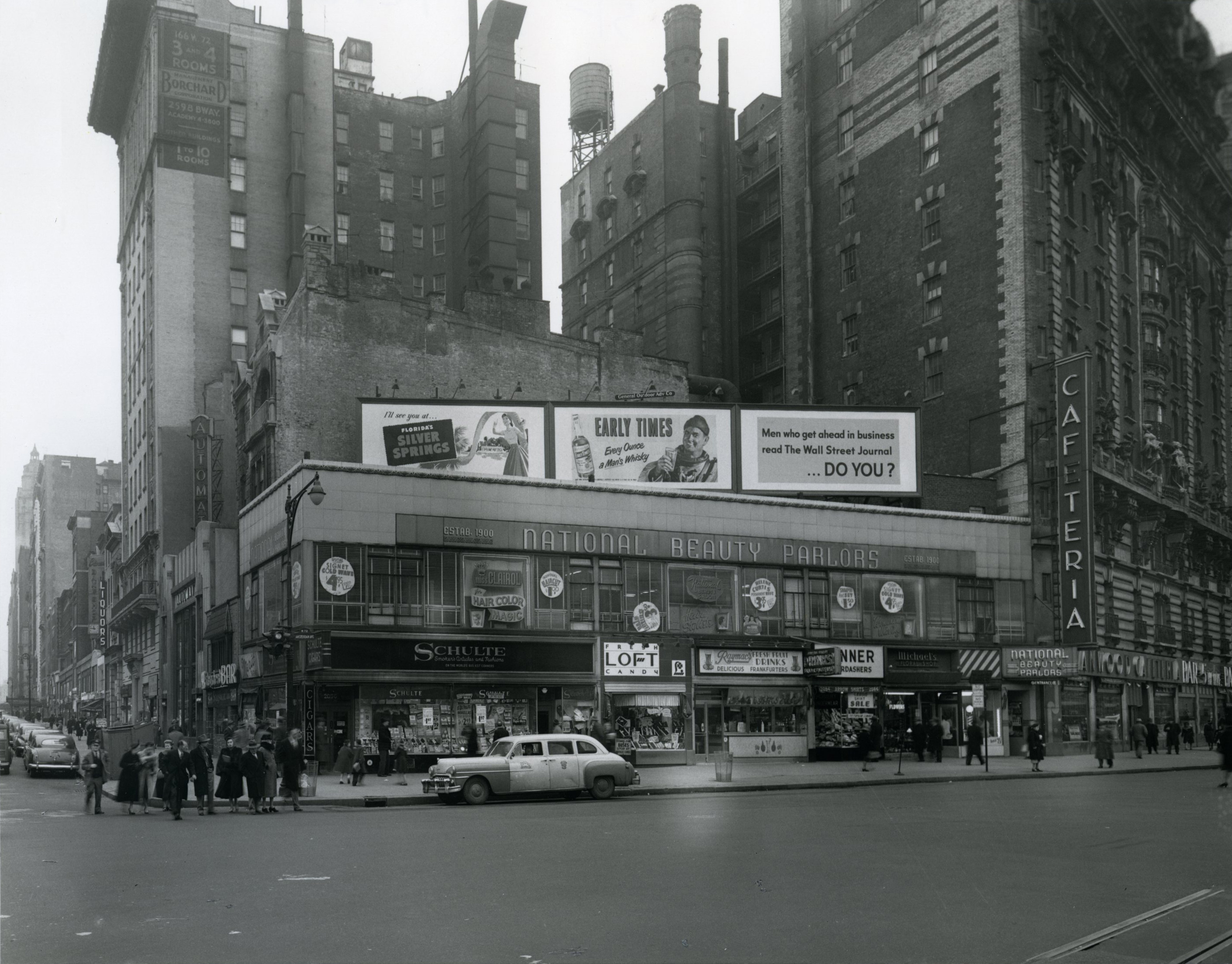 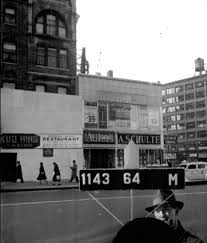 The 30th Properties, Inc. crammed the building full of commercial tenants.  Initial ground floor shops included a Rand’s Hamburgers stand where busy office girls could grab a hamburger for a nickel (about $1 today); corner cigar store; and further down Broadway a cafeteria.   The second floor was taken up almost entirely by the sprawling National Beauty Parlors.

As the decades passed more and more signage covered the façade.  Vying for pedestrian notice, tenants erected larger and larger billboards, drilling through the terra cotta panels and creating further damage with each new sign.

A Nedicks restaurant operated from one of the ground floor stores in the 1960’s, followed by an Orange Julius stand in the early 1970’s, while the upper floor was home to Record World.  The record store made way for The Furniture Gallery chain in 1973.  Writing in the Daily News on January 4 that year Sidney Fields said: “Their Gallery at 2080 Broadway is a kind of wonderland of color and artful shapes: handmade stained glass mirrors and panels, doll hammocks, ceramic light switches and big wall clocks with ceramic faces, big tops and fine old world toys, picture quilts and patchwork pillows, hanging macramé lamps made of sisal, and standing copper fountains with recirculating water spilling from one gently swaying trough into another.”

Furniture World remained until about 1984 when Sleepy’s Mattress store (later absorbed by Mattress King) opened.  In 2007, Grandaisy Bakery opened in one of the smaller ground floor shops, followed by The Vitamin Shoppe and a Gray’s Papaya store.  The latter two still operate from the address.  A recent restoration of the upper portion of the building was begun under The VSA Group.  Only 20 percent of the terra cotta panels were reusable, the remainder being fabricated from substitute material.