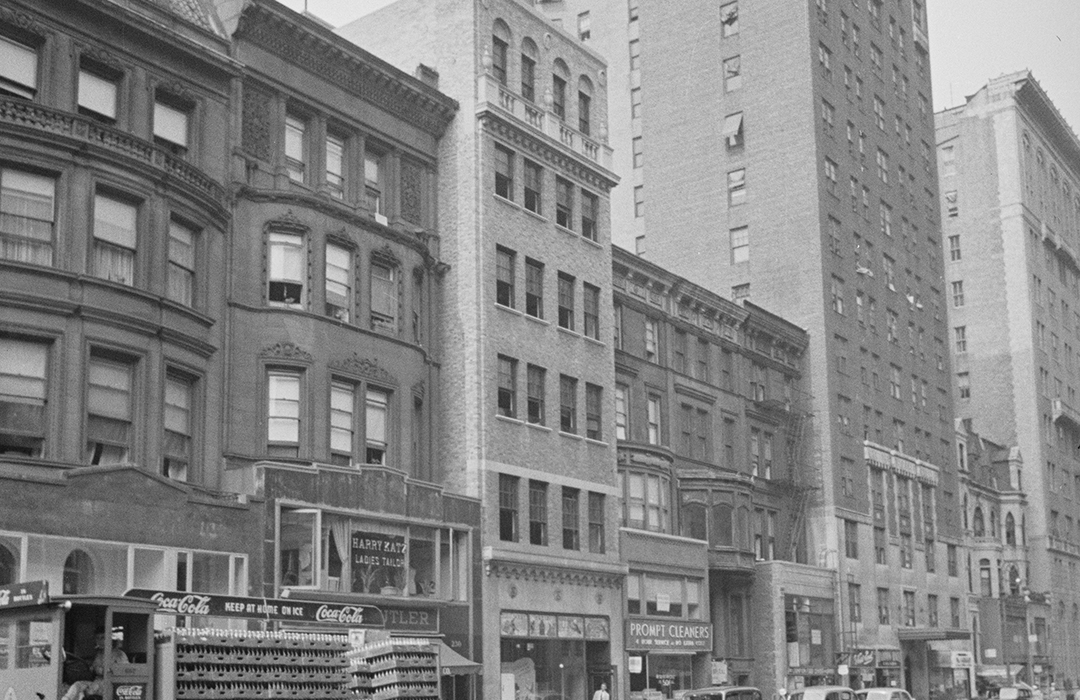 “Jesus is the Right Groove, Smut’s a Rut”

In the mid-1920’s 236 West 72nd Street was among the last of the street’s grand mansions survive.  At 25-feet wide and four stories tall, it was a reminder of an elegant era that was now past.  The end for the building came when it was purchased in 1927 by the New York Edison Company, which hired architect William W. Whitehill to design a modern office building on the site.

The new structure was completed the following year.  Whitehill’s 20th century take on the Italian Renaissance featured a large show window at the ground floor, a pseudo-balcony at the sixth, and three stone cartouches below the nearly imperceptible stone cornice.

The first two floors were devoted to the New York Edison Company’s West District Office.  An advertisement said in part, “The new building contains a Showroom where many electrical devices are on display and demonstrate[ed].  On the second floor is a complete apartment in which the many ways electricity can be used to make the home more attractive and satisfactory are shown.”  The upper floors contained income-producing offices.

“The new building contains a Showroom where many electrical devices are on display and demonstrate[ed].  On the second floor is a complete apartment in which the many ways electricity can be used to make the home more attractive and satisfactory are shown.”

The building was the venue for meetings and lectures.  In August 1946 it was the scene of the week-long “Conference on Prophecy” with multiple speakers from across the country.  The American Board of Missions to the Jews, Inc. published the monthly periodical The Chosen People here. 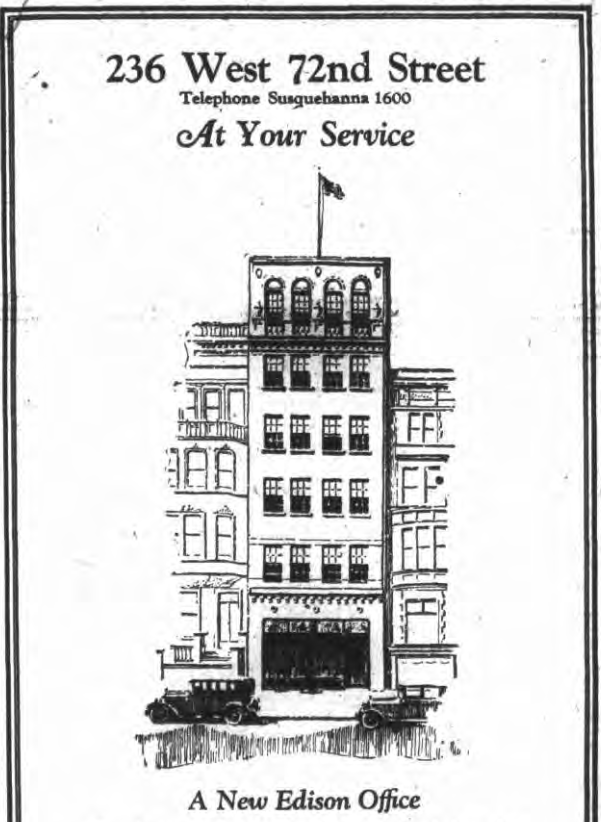 Paul Bryan and Dale Alter arrived in New York City from San Francisco in May 1970.  He came out of the subway at Times Square and the first thing he saw was a pornographic bookstore. The 24-year-old Bryan told a reporter from The New York Times two weeks later, “There’s been a big awakening to Jesus in the bay area [of San Francisco] recently and we felt it was time the movement came to New York.”  They rented an office in the Leopold Cohn Building and started the Jesus Mobilization Committee of New York.  Within two weeks they had more than two dozen members and picketed that same bookstore on 42nd Street with signs that read “Jesus is the Right Groove, Smut’s a Rut.”

An annual activity of the American Board of Missions to the Jews, Inc. occurred each spring when a clerical member would visit a Christian Church on Passover.  On April 14, 1971, for instance, Rev. Jonas J. Cohen went to the New Paltz Church of the Nazarene in New Paltz, New York.  An announcement explained, “The dramatization which he will present will clearly show the relation the Passover bears to the Christian Communion and how the person of Israel’s Messiah, the Lord Jesus Christ, is reflected in this service.”

He came out of the subway at Times Square and the first thing he saw was a pornographic bookstore.

Around this time Congregation Beth Sar Shalom was established here.  A chapel was installed on the first floor, along with a “mothers’ room,” and reception room.  A dining room took up the third floor, while the rest of the building remained offices.  Teenaged sisters Ellen and Ronni Sarrett were members of the Beth Bar Shalom Hebrew Christian Fellowship.  They explained the group to The New York Times journalist Laurie Johnston in March 1972.  Ellen said, “I never felt Jewish until I was saved and became aware of the Messiah’s reality.”  Johnston wrote, “Hebrew Christians of the Beth Sar Shalom evangelical movement say that they are ‘still good Jews,’ but that they are now ‘completed Jews.’”

In 1984 the building was sold to the Metropolitan New York Baptist Association.  It oversaw subgroups United Nations and International Ministries, the New York Evangelical Seminary Fund, and the Manhattan Chinese Baptist Church.  By 1990 the Asian American Mental Health Services, Japanese Unit, was leasing space in the building as well.

When the building was offered for sale in 2021, the 1927 show window had been mostly blocked up and faced with a marble-like veneer.  Otherwise, the building with the most unusual history is little changed.