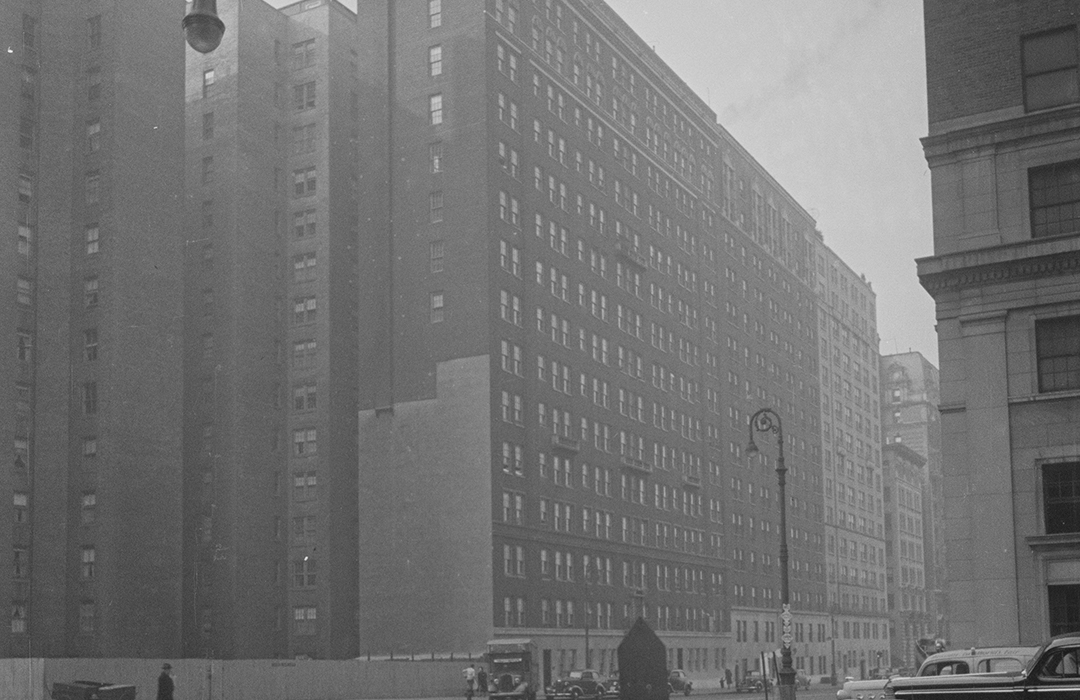 Lyons drew on the Italian Renaissance for his 15-floor building.  Intricate Renaissance carvings framed the entrance.  Directly above a was a Juliette balcony, its central opening framed in sumptuous terra cotta that formed twisted columns, an elaborate entablature, and a swan’s neck pediment adorned with a ram’s head and cornucopia.  Balustraded stone balconies clung to the sixth-floor façade.

Among the early residents was the somewhat tragic theatrical figure, Dorothea Antel.  Born in Cleveland in 1900, she began her stage career as a little girl.  By the time she was a teen, she was an audience favorite.  Dorothea, who had the leading role in The Night Boat in 1919, was rushing down the staircase from her dressing room on New Year’s Eve when she stumbled, plunging headlong to the floor.  The 19-year-old actress was semi-paralyzed and bedridden from that moment on.

On March 13, 1926, The Billboard reported on a benefit “to raise funds with which to move Dorothea Antel into a new home.”  When the benefit did not raise the necessary amount, impresario E. F. Albee stepped in.  “He has leased for Dorothea a charming apartment at 310 West 72d street…where she will have from her bed a view of the magnificent Hudson,” said the article.  “Grover Cleveland, interior decorator, is transforming the apartment into the kind of a home girls dream about.”

Dorothea, who had the leading role in The Night Boat in 1919, was rushing down the staircase from her dressing room on New Year’s Eve when she stumbled, plunging headlong to the floor.  The 19-year-old actress was semi-paralyzed and bedridden from that moment on.

Dorothea Antel moved in on April 1.  One room of the apartment was dedicated to “Dorothea Antel’s Bedside Shoppe.”  She advertised in newspapers like Variety, offering “gifts for everybody at popular prices,” which she sent by mail order.  She would remain in the apartment until her death on February 2, 1938.  In reporting her death, The New York Times commented, “Miss Antel lived in hope that she would recover her health and make a ‘come-back’ on the stage.”

Dorothea was not the only theatrical figure in the building.  English-born actress, singer, dancer, and comedienne Gertrude Lawrence signed a lease in June 1931.  Already living here was showgirl Evelyn Wilson, known as a “Vanities beauty,” who shared an apartment with her mother, Anna.

On Saturday evening, July 4, 1931, Evelyn and her mother attended a birthday party thrown for Evelyn by her sister, who lived on West 106th Street.  During the evening, Anna developed a severe headache, and asked Evelyn to go downstairs to the drugstore for aspirin.  She did not return.

Fearing foul play, on Monday authorities went to a midtown Manhattan bank to investigate Evelyn’s safe deposit box, which should have contained between $2,000 and $3,000 in cash and $25,000 in jewels.  The valuables were intact, but investigators still suspected that she was a “victim of underworld vengeance,” according to the Daily News.  The newspaper reported that some 2,000 detectives were on the case.

And then, on July 8, Evelyn walked into the apartment.  Her return prompted more questions than answers.  Inspector Kear told eager reporters, “Miss Wilson asked that we stop all police investigation.  She was in no condition to be questioned—in a sort of a daze.  We could not question her at all until her physicians arrived, and then we could not find out where she had been.  We shall go back later, tonight or tomorrow.” 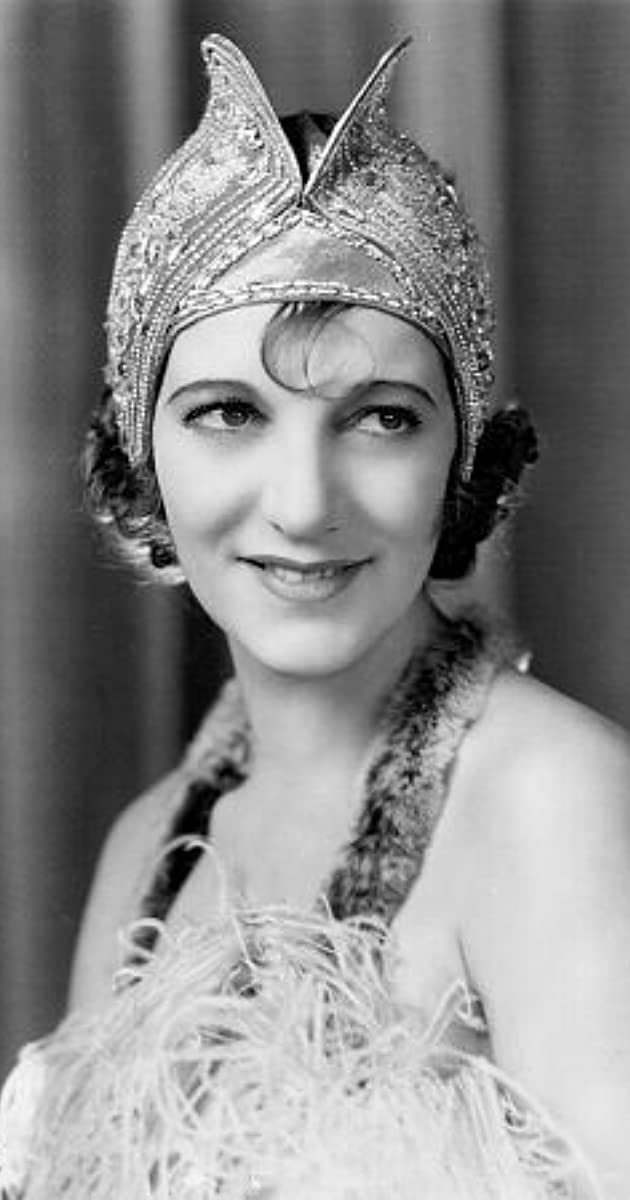 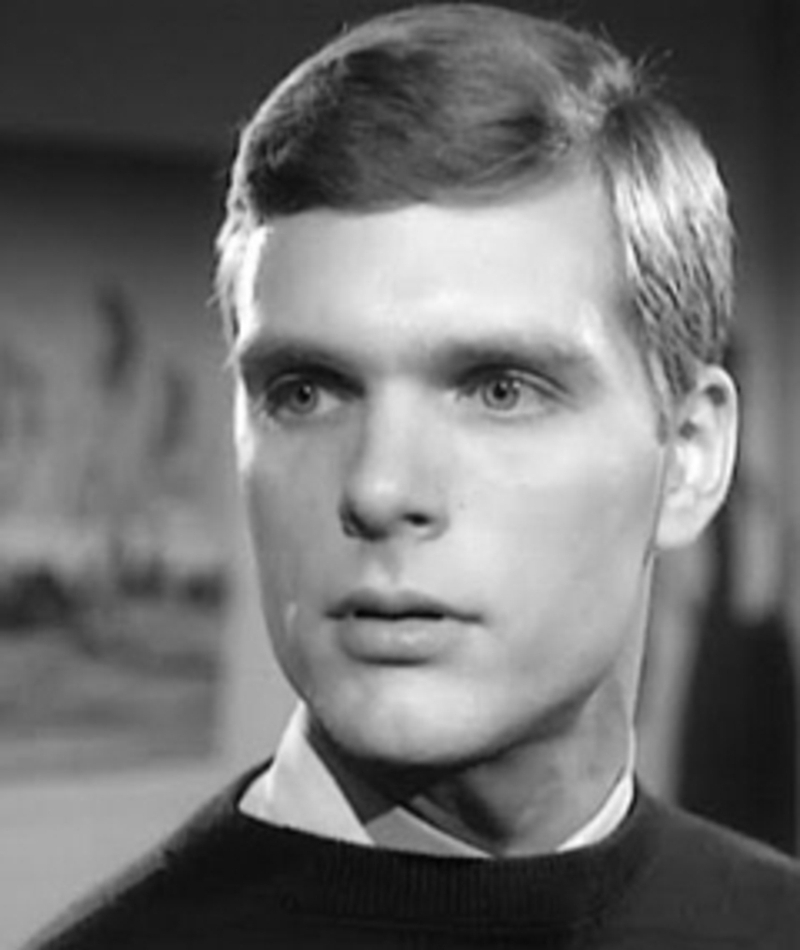 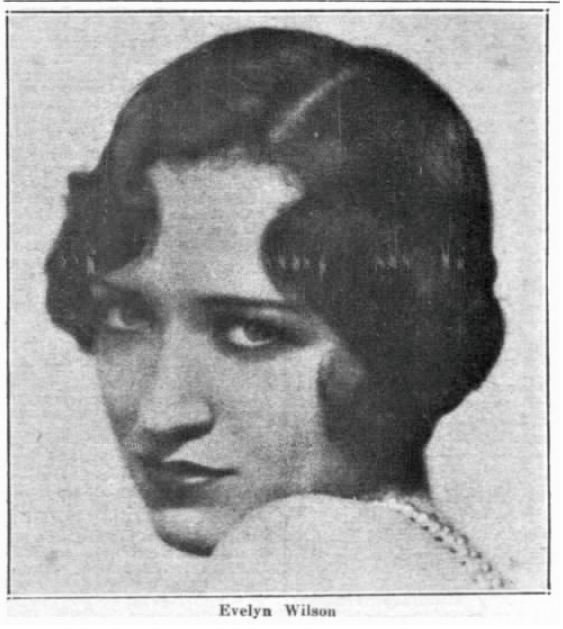 Evelyn never told police any details about her disappearance and the case was closed.  Detractors chalked it up as a publicity stunt.  But a year later, a different explanation came to light.  Frances Saffran filed a $100,000 lawsuit against Evelyn, “charging alienation of affections,” according to the Daily News on September 19, 1932.  The article explained she “asserts the showgirl spent all of the three days of the ‘kidnapping’ with Husband Saffran in an apartment at 305 West 72d St.,” directly across the street.

Another entertainer living at 310 West 72nd Street was Madame Maria May Savage, who, according to The New York Times on April 15, 1934, “likes to call herself ‘the oldest chorus girl in the world.’”  In fact, Maria Savage was an opera singer who had just finished her 26th season in the chorus of the Metropolitan Opera House that year.  She had started her career in Belgium in 1887 and had sung leading roles in operas in Brussels and London.

Not all residents appeared in newspapers for positive reasons.  During the Depression years Murray Lang, a jewelry salesman who lived here, was making a tidy sum on the side.  He was arrested on November 7, 1939 with Abe Levine and Dorothy Stirrat.  They were charged with being “members of a gang that in recent years has obtained about $500,000 worth of jewelry in holdups,” said The New York Sun.  Their method of operating was violent and profitable.

Dorothy, according to prosecutors, had “an ability to tell real from imitation jewelry almost at a glance.”  She would stroll through high-end nightclubs, then “put the finger” on patrons wearing costly jewelry.  Outside, Lang and Levine would rob them at gunpoint.  Among their victims was entertainer Gypsy Rose Lee.  The total haul authorities estimated they had stolen so far would equal more than $9.3 million in today’s money.

Dorothy, according to prosecutors, had “an ability to tell real from imitation jewelry almost at a glance.”

In 1970, the World Institute of Sephardic Studies operated from a ground floor office.  The New York Times said it “is dedicated to renewing cultural consciousness among Sephardic Jews.”

The apartment building was central to a landmark court ruling in May 1983.  Julia Weiss had moved into her five-room apartment with her then-husband and their two sons in 1983.  Following a divorce, Weiss and the boys remained.  But when Jack Wertheimer moved into the apartment, the landlord, Milton Coleman, initiated eviction proceedings.

Sidney Schanberg, writing in The New York Times on May 14, said that Julia, who was on rent control, was paying $550 a month.  “You can’t blame her for wanting to hold onto this piece of good fortune,” said Schanberg.  But Coleman would be able to get $1,300 a month more if his rent-controlled tenant was gone.  “You can’t blame him for wanting to put at least $9,000 a year extra in his bank account…So he looked for a pretext for eviction.”

Coleman insisted he was not against love, “pointing out that if his tenant, Julia Weiss, had married (or adopted) her live-in companion, the eviction suit would have dissolved.”  The face-off ended in court and the six judges of the New York State Court of Appeals sided with the landlord.

Shanberg was astonished, saying “Consider the thousands of unmarried couples, homosexual couples and roommates not related to each other who are now sharing apartments in the city.  Unless their leases acknowledge both as tenants or accept their status, they are in jeopardy of rent increases or eviction.”

The issue became moot when the building was converted to co-ops.  It continues to attract celebrity residents, and by 2006 film actor Keir Dullea was an owner.