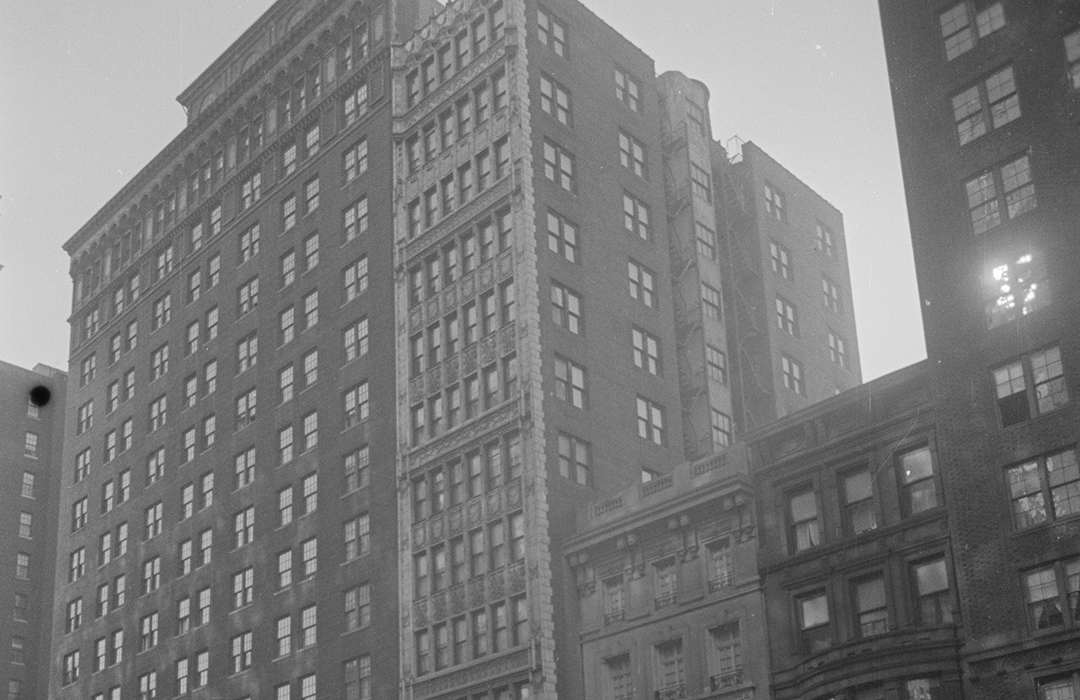 The Royalton, a Royal Twin

On June 20, 1914 the Real Estate Record & Guide reported, “Buchman & Fox, architects…are preparing plans for three apartments to be built by Edward W. Browning.”  The article noted, “They will be similar in general design, built of limestone and terra cotta, and are expected to cost about $60,000 each.”  (That figure would translate to about $1.6 million today.)

Indeed, they would be “similar in general design.”  In fact, they were essentially identical.  Buchman & Fox designed the 25-foot-wide structures in the neo-Gothic style and clad them in white terra cotta.  The molds were reused for each building, a creative and significant cost savings for Browning.  Two of the buildings would be on West 72nd Street—one at 118 and the other at 42.  The third structure was a block away at 126 West 73rd Street.

Like its fraternal siblings, 42 West 72nd Street replaced a high-stooped mansion.  At the third floor of the elaborately decorated 13-story building Browning had his initials “EWB” emblazoned in a cartouche.  Called The Royalton, it was an “apartment hotel,” meaning there were no kitchens in the suites.  Tenants could opt to eat in a communal dining room on the ground floor.

Among the initial tenants were the Rev. Dr. Barnett A. Elzas, a rabbi, and his wife, Annie; actor and singer Maurice Farkoa, Dr. Thomas Kenyon, and professional baritone Greek Evans.

Indeed, they would be “similar in general design.”  In fact, they were essentially identical.  Buchman & Fox designed the 25-foot-wide structures in the neo-Gothic style and clad them in white terra cotta.

Among Dr. Kenyon’s patients that year was Emma Ring, the wealthy widow of stockbroker Charles Ring.  Upon his death, she had inherited a fortune of more than $9 million in today’s money.  Emma, who lived in an apartment house on West 80th Street, complained to another tenant that she was “being bled” for money and recently had given “a person with whom she came into daily contact,” $700.  She did not tell the neighbor who that person was.

Dr. Kenyon was treating Emma Ring for an ongoing case of angina pectoris.  On March 21, 1916, she seemed in good health, according to those who saw her.  She called Kenyon about 10 a.m. and he went to her apartment.  The Sun reported, “He treated her and returned to his office.  Upon arriving there he received word that she had died.”

He reported her death as being of natural causes, and a burial certificate was issued.  Her family was not so quick to accept Kenyon’s diagnosis as was the coroner, especially when they discovered that she had left her entire estate to the doctor.  On March 23, Emma Ring’s funeral was interrupted when the family obtained an order for an autopsy.

Although the autopsy found no foul play (The Standard Union noted on March 24, “Former friends of the dead woman said she had been a drug addict for forty years”), three nephews challenged the will.  But eight months later, in November, the courts upheld the will and Dr. Thomas W. Kenyon left the courthouse a much wealthier man.

Dr. George Dow Scott and his wife, the former Jessie Platt, had lived amiably until war erupted in Europe.  Jessie, a former nurse, was English by birth, her husband American.  The well-respected physician was the former president of the New York Physicians Association and for ten years had been an instructor in children’s diseases at the Post-Graduate Hospital. 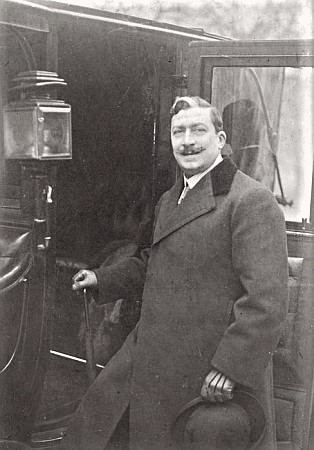 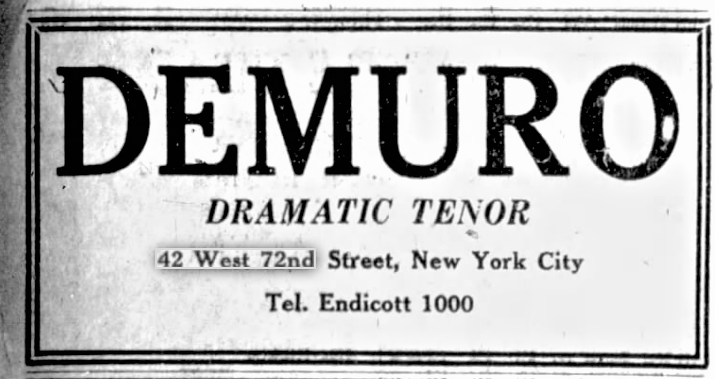 But international politics upset the couple’s domestic relations.  On July 19, 1919, she sued for separation and alimony, alleging, “her husband espoused the cause of Germany and made disparaging remarks about the Allies, especially the English, for the purpose of injuring her feelings.”  Scott denied the charges, claimed he had once called the German Emperor “the most miserable scoundrel on earth,” and insisted that Jessie’s “affection for him cooled” when she did not receive $25,000 which she expected following their marriage.  The judge awarded Jessie $35 per week alimony.

Among the tenants in The Royalton in 1920 was Joseph Rosenberg a “wealthy merchant” connected with the Elk Leather Goods Company.  In May 1921, in an action that would foreshadow the lifestyle of the building’s owner, he was sued by Mrs. Katherine Spitz for $250,000 on behalf of her 15-year-old daughter, Marie.  The Evening Telegram reported that her suit alleged, “that Rosenberg enticed [Marie] to leave her home and forcibly detained her in his apartment at No. 42 West Seventy-second street, Manhattan, from August of last year until January of the present year.”

According to Marie’s mother, as a result of being Rosenberg’s prisoner, she “suffered grave physical disability and was shunned by her playmates and humiliated by her friends.”  Katherine also asked for $25,000 for medical expenses.  Rosenberg denied the charges, and insisted on a “bill of particulars” for the medical expenses.

Despite that untidy affair, the building continued to be home to respectable tenants, like the Cuban Consul who lived here in the mid 1920’s, and the operatic tenor who went only by his surname, Demuro.

According to Marie’s mother, as a result of being Rosenberg’s prisoner, she “suffered grave physical disability and was shunned by her playmates and humiliated by her friends.”

In the meantime, in 1918, Edward West Browning and his wife Adele had adopted a three-year-old child whom they named Margery, and in 1920, they adopted a second daughter, Dorothy.  In 1923, the Brownings divorced, and Edward retained custody of Dorothy while Adele took Margery.

His well-publicized attraction to underage women resulted in mail arriving at his home addressed to “Daddy, New York” or “Millionaire Daddy.”  In 1926, he married Frances “Peaches” Heenan, who was 15 years old (her parents consented).  They lived together only 10 months and in 1931, she divorced him.  Browning died three years later, leaving his estate, including The Royalton, to Dorothy.

After having lived in The Royalton since its doors first opened, Rabbi Barnett A. Elzas died in his apartment on October 18, 1936 at the age of 68.  He had arrived in New York from England in 1906.  He had received his degree from the Jews College of London.  It is unclear how long Annie Elzas remained in their apartment.

The Browning estate sold the building to the Weprin & Glass Realty Company in October 1944.  The New York Times noted that it contained 52 apartments.  The building changed hands again in 1946.  In 1952 a renovation was completed (at this time, no doubt, the kitchenettes were installed), however the number of apartments remained unchanged.

The Royalton’s gleaming terra cotta façade—a duplicate of The Earlton a block away at 118 West 72nd Street—is beautifully intact above the heavily altered ground floor.