We came, we ran, we conquered…

We came, we ran, we conquered…
—
13.1 miles from the middle of Central Park to the South Street Seaport!
—
LANDMARK WEST! was proud to be an official charity sponsor of the United Airlines NYC Half Marathon this past Sunday, March 20, 2016.  THANK YOU for cheering us on each step of the way!
—
Your generous support* inspired the LANDMARK WEST! team to set a personal-best record in our first ever “fund-racer”!  Our three runners completed the course with flying colors and raised a significant sum to help sustain our programs and advocacy.
—
*If you haven’t given yet, it’s definitely not too late.  Help us take a victory lap by making a fully tax-deductible contribution today!
— 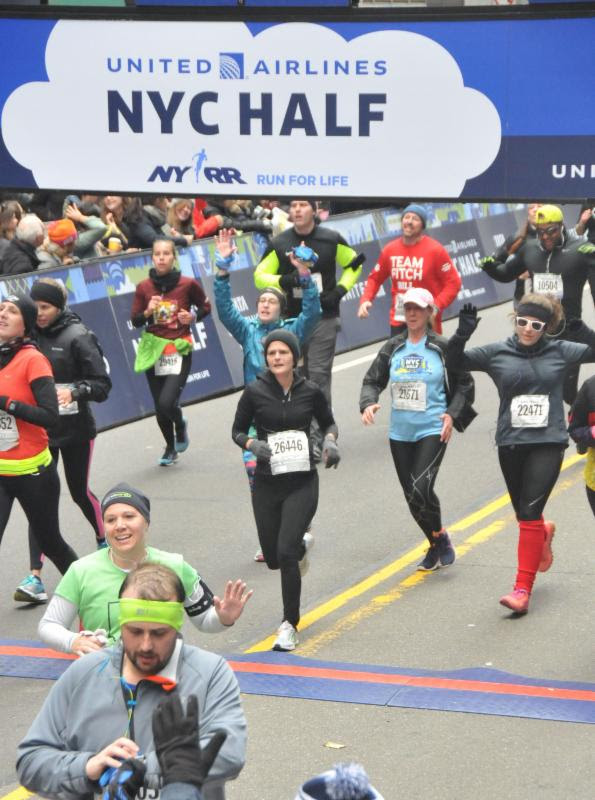 —
The Manhattan race took us through the Central Park Scenic Landmark (brimming with early spring flowers); along the edges of the Metropolitan Museum, Carnegie Hill, Upper West Side/Central Park West, West Chelsea, Gansevoort Market, Weehawken Street, Tribeca North and South Street Seaport Historic Districts; past dozens of Individual Landmarks such as the Dakota Apartments, Broadway theaters, and the Starrett-Lehigh Building; to a finish inside the historic Street Plan of New Amsterdam in Lower Manhattan.
—
Like these landmarks, you’re the Best of the West
(and all the rest)!
—
The LANDMARK WEST! 2016 NYC Half Marathon Team