A Surreal Day at the Landmarks Commission

After an unprecedented day-long series of votes, during which the public could only sit in silent witness, the NYC Landmarks Preservation Commission announced that 30 historic sites across New York City, including the former IRT Powerhouse (McKim, Mead & White, 1904) and St. Michael’s Episcopal Church complex (Robert W. Gibson, 1890-1913) – both sites on LANDMARK WEST’s Wish List of landmark designation priorities – will remain on the calendar of items that may become official Landmarks by the end of 2016. These sites represent about one-third of the nearly 100 so-called “backlog” sites that, back in December 2014, the LPC had planned to “de-calendar” en masse, stripping them of the protections they enjoyed as landmarks-under-consideration.

The LPC removed a whopping 60 sites from landmarks consideration (“No Action”) and outright denied designation to another 5 sites. Despite the LPC’s attempt to excuse its “No Action” decisions as “without judgment on the merits” and

“without prejudice,” either way, these sites are now immediately vulnerable to alteration and demolition that would preclude any possibility of future reconsideration.

The votes showcase the powerful influence of owner opposition and politics on landmarks and other land-use decisions – overtly acknowledged in many cases by the LPC’s own staff report. By allowing political concerns to TRUMP decisions on the merits, the LPC dropped the proverbial house on dozens of worthy sites, and on the Landmarks Law, too.

It’s not a quote from The Wizard of Oz, but the timid Curate’s response to the powerful Bishop comes to mind:

This kind of logic doesn’t fly with us. While we remain hopeful for the futures of the Powerhouse and St. Michael’s, we also remain vigilant. 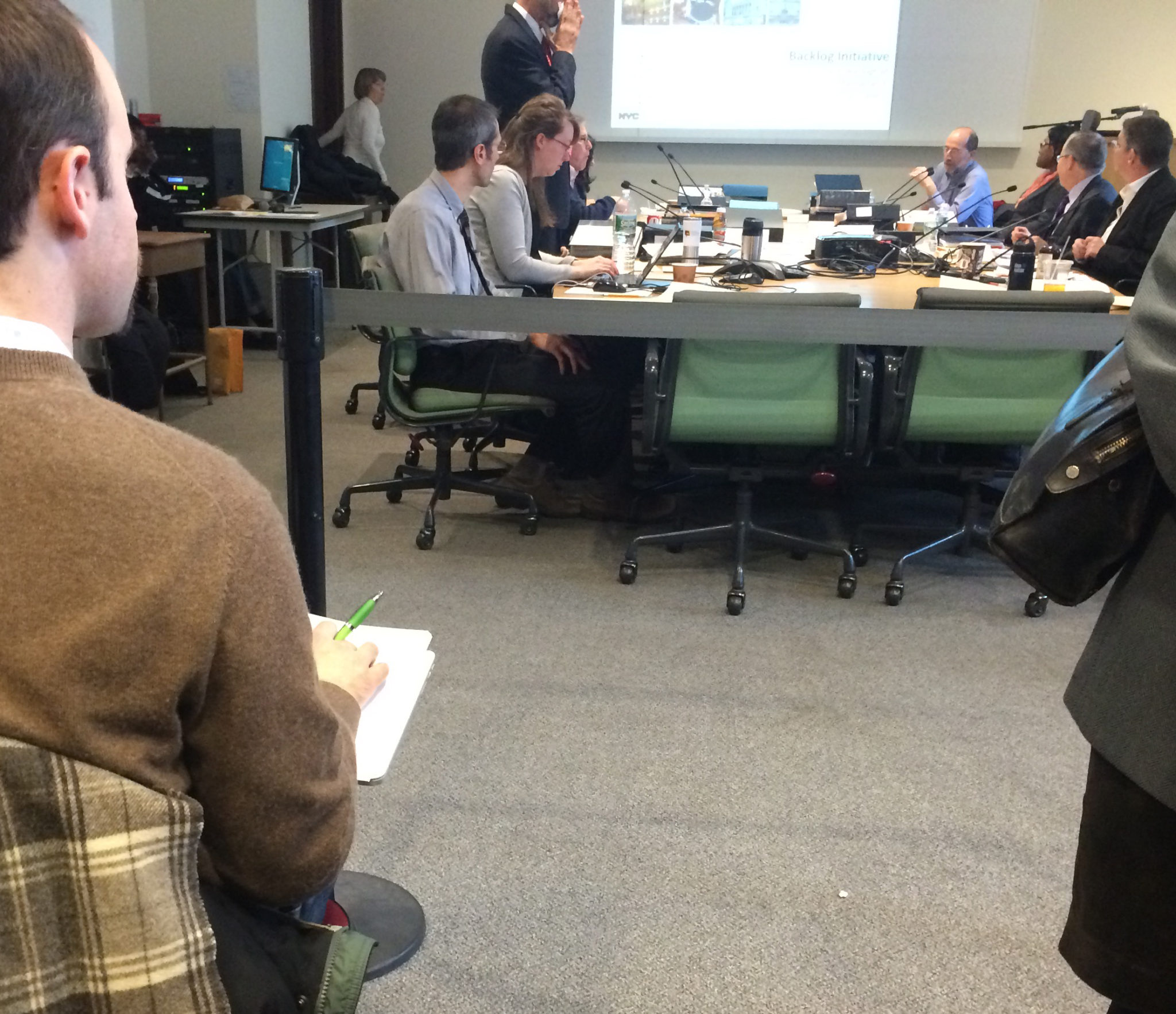 To underscore the fact that there would be no further public input, the LPC hearing room was upgraded with a new stanchion keeping the public contained as staff read recommendations to commissioners.