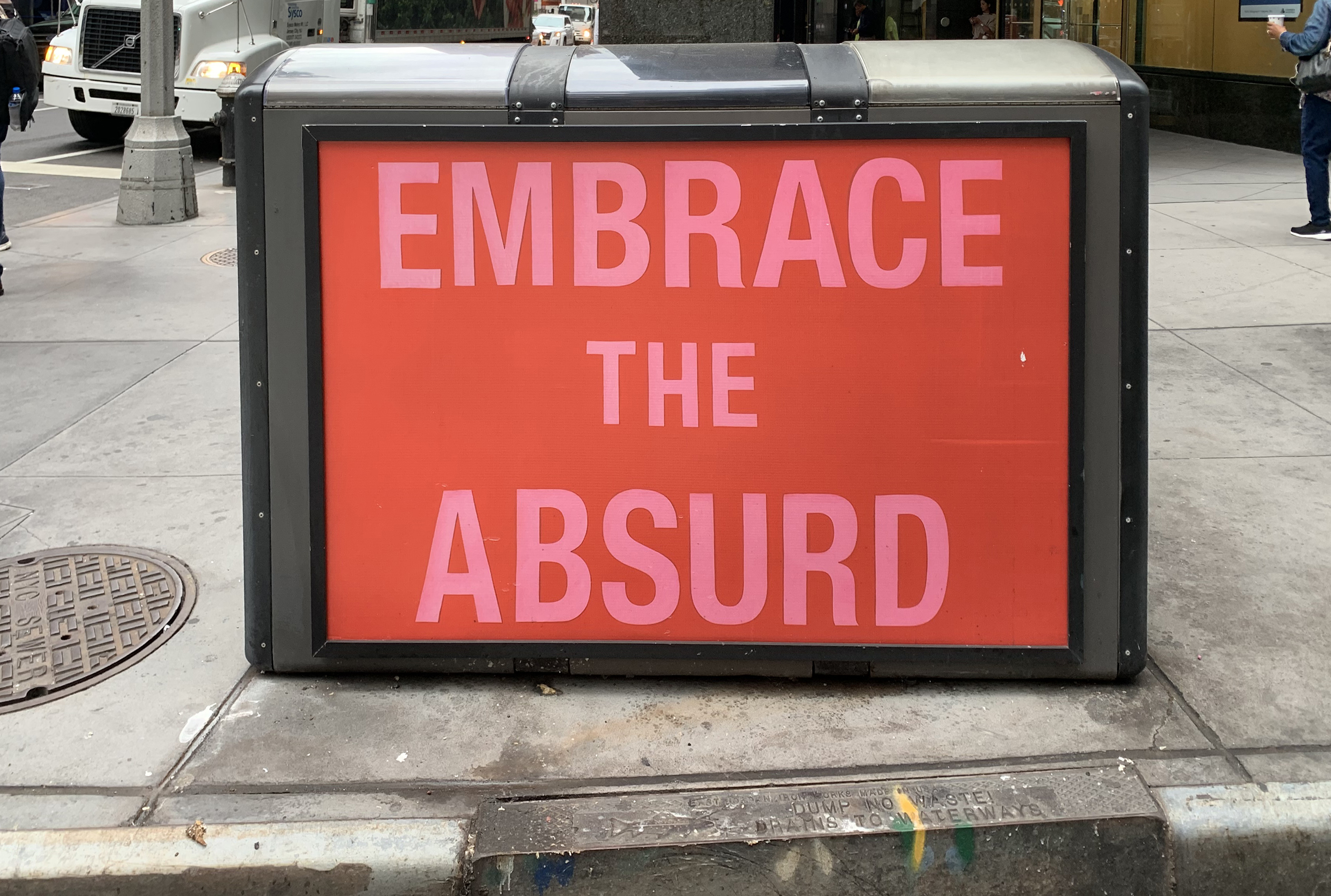 At its Executive Review Session on August 6th, the Board of Standards and Appeals (BSA) commented on Landmark West’s Appeal (view it HERE), discussing whether or not the Zoning Text leads to ABSURD results – i.e. the 775-foot tower at 50 W. 66th Street.  The hearing continues TOMORROW, September 10th at 10am. 3-minute public comments are welcome, so please come share your opinions!
So… what is “absurd”?  Since it is not a term defined in the Zoning Resolution, we look to Webster’s:
1 : ridiculously unreasonable, unsound, or incongruous
2 : having no rational or orderly relationship to human life
3 : dealing with the absurd
On August 6th, Chair Perlmutter, a licensed architect, lawyer and former lobbyist, pushed back against lawyers’ arguments that Zoning language limits this building to a specific range of stories (“mid-20 to 30 stories” per City’s Plannings notes!). To her mind, “what’s strange about that kind of 90’s argument is at the time nobody could imagine that anyone would build such tiny floor plates. Nobody.”
Clearly, the Dept. of City Planning did. The entire chapter on height limits for The Lincoln Square Special District was comprehensively overhauled in 1993 in response to too-tall UWS buildings. The goal was clearly stated: “After evaluating more than twenty years of development pursuant to the special district’s controls, the Department of City Planning has identified several outstanding planning issues related to the mix of uses, and the form and height of development” and “The Department proposes revisions to the special district in order to guide development in a more predictable form…and with building heights that are compatible with the character of the district.”  ABSURDITY?  or INTENT – months of work by professional planners to put intentional limits in place?
Chair Perlmutter continued, “when I would advise clients and we would figure out the shape of the tower, as soon as the tower got to be sort of under 6,000 sq. ft. or 8,000 sq. ft. we’d cut it off because we’d say ‘nobody would ever build that because it’s just all staircases and elevators’, and now we have several buildings with 4,800 sq. ft. floor plates being built.”
Building “just all staircases and elevators” sounds…ABSURD!
Yet, empty 16-STORY mechanical void floors being used to jack this building up for better views and higher prices? Just fine!
So tomorrow will the BSA once again sit back and allow a Developer to decide what Zoning should mean and allow a building that experts never intended to dominate the skyline?
YES.  This is ABSURD!
Let’s restore intention, rationale and predictability to planning!
SEE YOU TOMORROW:
Tuesday September 10th
When the Appeal resumes at the BSA, 22 Reade Street
YOUR PUBLIC COMMENTS WILL BE HEARD
Hearing begins at 10am