Gaetan Ajello was considered a visionary architect within his lifetime. The Sicilian immigrant took the New York City architecture scene by storm, contributing hundreds of buildings to the city, and particularly to the west side.  Ajello is known for his apartment buildings, many of which still survive, with cornerstones signed by the architect.

Gaetan Ajello was born in the autonomous Italian region of Sicily, in Palermo (the capital) in 1883. There is not a lot of information known about Ajello’s childhood. He trained as an architect in Italy before immigrating to the United States in 1902, during a large wave of immigration from southern Italy. Many of the immigrants entering the county at this time were skilled in the building trades. 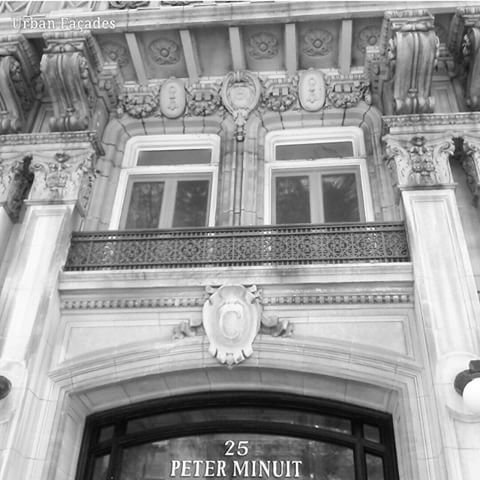 Ajello received his first large commissions from Bernard Crystal, a developer, in 1909 and 1910. He was directed to design four buildings: the Mira Mar (452 Riverside Drive), the Peter Minuit (25 Claremont Avenue), Eton Hall and adjoining Rugby Hall (29-35 Claremont Avenue). All four buildings are in the early Renaissance style with white and cream marble, glazed brick and terra cotta. They would have looked completely different from the red and earthen colors typical of building exteriors of the time. All four buildings are extant.

Two years later, in 1912, Ajello began to work for the influential Paterno and Campagna families. The two families owned prosperous development firms in New York, and held the responsibility for over 100 buildings, mostly 12- to 15-story apartment houses, between them. Ajello designed much more subdued buildings for his new clients than he had for Crystal. He used a simpler neo-Classical style in softer whites, and light grays. Some of his more memorable commissions for the Paterno family include the Luxor, the Regnor, and the Rexor (1911-1912, on three corners of 115th and 116th streets and Broadway), and 885, 895 and 905 West End Avenue (1912-1917). From 1912 to the early 1920s Ajello designed at least twelve buildings in the same style for multiple different clients, including the Pateno and Campagna families. All but one of these buildings were on the West Side.

During this time-period Ajello was also developing his formula for good urban living, and the features for which his buildings would be best known. He gave the entrances to his buildings large frames of terra cotta pilasters (or a similar feature) and often put the initials of the owners on an escutcheon. Ajello tried to ensure that the elevators would not be the first thing seen from the lobby, instead placing a staircase with a curved balustrade in the sight-line, meant to be reminiscent of a single-family home. He also placed his signature, “G. Ajello, Architect,” on the cornerstone of many of his buildings.

By the early 1920s Ajello had begun to design buildings in red and brown brick. He continued to use lighter colored materials for some projects, such as 17 East 89th Street (1925), his first East Side commission and his thirty-eighth and final design in New York City.

In 1926 Ajello suddenly quit his career as an architect. He ceased to appear in city records and directories. His name does not even appear in the 1930 census. At some point between 1926 and 1930 he returned to Italy and became an inventor. He patented several designs including airplanes, railroads, bicycles and shoes.

Just as suddenly as he had left, Ajello returned to New York in the early 1930s. He was living with his sister, Maria Brina, at 12 East 87th Street in 1977 when Christopher Gray, a reporter for the New York Times, visited him. Ajello died at 100 years old in September 1983. He had never married but he had kept romantic letters from many different women. His sister claimed that some members of their family considered Ajello to be an embarrassment and, after his death, it was discovered that the family had destroyed all of his paintings, correspondence and drawings, except for those few that Brina had given away.

This post is based on information obtained from Gray, Christopher. “Remembering an Architect Who Shaped the West Side.” The New York Times. June 11, 2006. Accessed June 19, 2018.