BSA: Tie Goes to the Developer at 50 West 66th Street 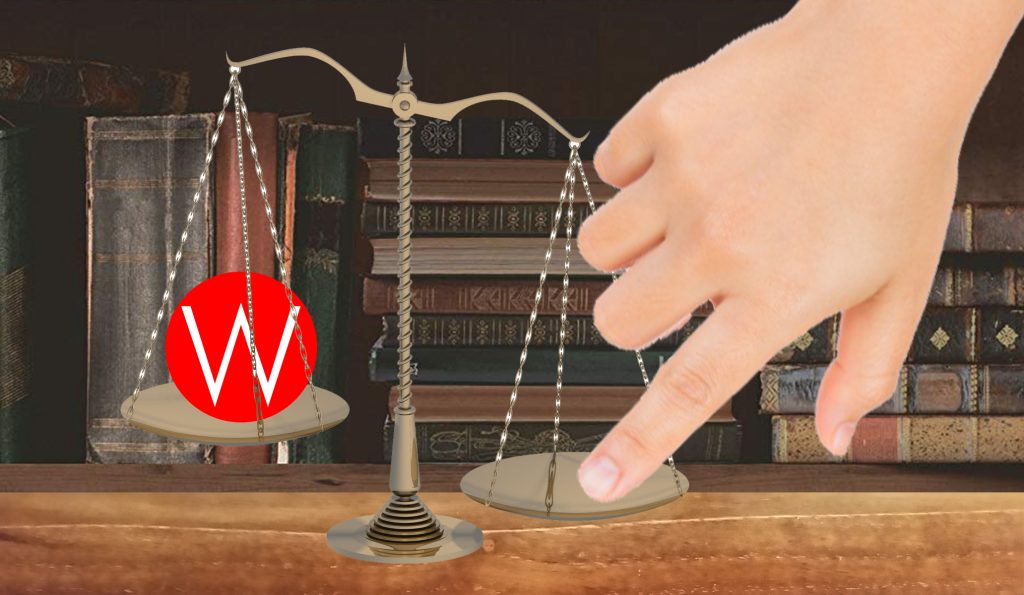 The Board of Standards and Appeals (BSA) decided today that the nearly 200 vertical feet of mechanical voids at the the 775-foot Extell tower at  50 West 66th Street was just fine with two* BSA Commissioners, meaning the LW! Appeal was denied.

*Commissioner Dara Ottley-Brown recused herself from hearings and voting because of a conflict of interest–and it’s certainly not with the community. That left four voting Commissioners. Rules require a majority vote to win so even a 2-2 tie automatically goes to the Developer. So, a recusal BECAUSE OF A RELATIONSHIP WITH THE DEVELOPER meant the community needed 3 out of 4 votes, rather than 3 out of 5. In reality, “recusal” = a vote for the Developer.
We know this has been a long battle–beginning in 2015–so for a quick re-cap:
The only reason this appeal was re-opened was to examine the lateral spacing of mechanical equipment on floors 15, 17, 18 and 19 of this tower. We proved it.
While the DOB admitted that they never actually reviewed the spaces at all, LW! hired an expert to diagram the four mid-building mechanical floors and proved that only 22% of use was mechanical. The developer still fully deducted all the space from floor area.
TWO of the BSA Commissioners supported the DOB’s non-review of the spaces, citing that “current methodology” (i.e. to shirk their duties and rubberstamp developer plans) is “reasonable”.
We argued that if only 22% is used for mechanical space, it should not be considered 100% for FAR calculations and subsequent mechanical deductions.  Yet 2 of 4 BSA Commissioners believe 22% = 100%.
Two OTHER Commissioners did step up for fairness, for rationality and, ultimately for the community.
Commissioner Nasr Sheta laid out his own issues with the DOB. He questioned how, after the BSA had specifically requested DOB’s analysis of the mechanical spaces, he never received them. Similarly, he noted that the BSA had asked DOB for original mechanical drawings–these were also withheld.
“There is an unfairness of process”, he stated, comparing how rules defining a single room in a house are more closely monitored than entire floors of a tower.  Commissioner Salvatore Scibetta echoed these sentiments, going so far as to claim “there’s a constitutional issue here”.
After months of pushback, the DOB now rejects their own bulletins and memos that call for a space to be at least 90% mechanical equipment to warrant the deduction. They now declare that their own internal documents do not apply, but cannot point to any guidelines to justify this decision.
This is a farce.
The Community should be able to rely on the City Agencies that exist to protect them.  The DOB failed.  REPEATEDLY.  They failed by granting the initial permits to 50 W. 66th Street. They failed by denying the Community’s initial challenge. They failed when they reinstated permits after their own Notice Intent to Revoke.  And the DOB failed in their mandate to simply look at the building plans, stating on the record that they “check for code, but not for use”.
Today, the BSA failed to correct these egregious errors.
Although two Commissioners saw through the “lies” and “unfairness in the process”, Commissioner Shampa Chanda stumbled to a No vote and Chair Margery Perlmutter showed her leadership by declaring, “I’m OK with it”.
Their tied decision is:
“Not approval (of the Appeal) by effect of stalemate.”

ARE YOU OK WITH IT?

LW! Is examining our next legal options, which in large part depend on your support!
Follow the fight www.landmarkwest.org/supertalls/ and
CONTRIBUTE TO THE SOLUTION!