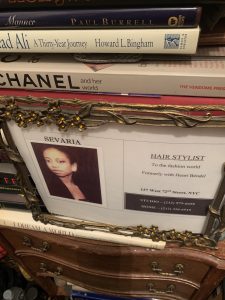 Sevaria during her days at Henri Bendel 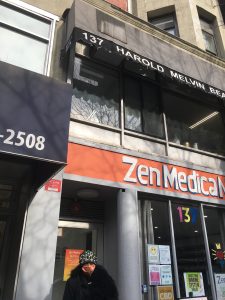 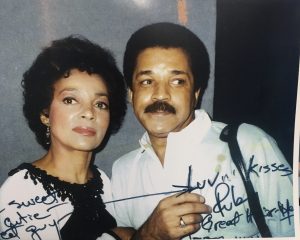 More often than not, the second floor businesses on West 72nd Street are marked discreetly. Most have signs or window lettering that nod to the type of business conducted within, but with little razzmatazz.

The Harold Melvin Salon at 137 W. 72nd Street is an example of this way of interfacing with the public on 72nd Street that suggests a reliance on word of mouth promotion.  No outward clue is given as to the true prominence of this business, which has been providing services to numerous Black celebrities in a large floor-through studio for 42 years.

Harold Melvin grew up in New Jersey. A Navy veteran, he established his 72nd Street business not far from his apartment in the 80s along Central Park West. He traveled with the legendary Harry Belafonte as his hair stylist for over 50 years. The dapper hairdresser can be seen in a 1970 Clairol advertisement styling an elegant Black woman’s hair.

Happily, Sevaria Hendrix, an Upper West Sider and longtime manager at Harold Melvin Salon, is still cutting hair professionally.  She’s worked for decades at this address and has been managing the salon solo since Harold’s death at age 92 three years ago.  Sevaria is generous in sharing her memories about the salon and its special place in her remarkable life.  She finds it hard to explain her success as a hairdresser. “They say when you have a gift you have to explore it.”

Born and raised near Columbia, South Carolina, Sevaria trained in haircutting in a program in Knoxville, Tennessee where she was the only Black student. Rebuilding her life after a divorce, she came to New York City in 1971 to work as a stylist and quite amazingly was referred to the President of Henri Bendel’s, Geraldine Sturtz, A trailblazing style-maker, Sturtz was looking to represent diversity and hired Severia within minutes of meeting her.  “The original Paul Mitchell was my mentor at Henri Bendel,” Sevaria says.  At that time in the early 1970s no department store was more chic or more committed to innovative style than Bendel’s.

Sevaria worked at Henri Bendel for about 15 years, styling the hair of wealthy New Yorkers and celebrities. One thing led to another.  “I did Billie Dee Williams’ hair in Lady Sings the Blues, my first movie.” She says she nearly had the chance to do Jackie O’s hair. “Jackie always had her hair done by Kenneth. He was out of town and said ‘no one can touch her hair but Sevaria,’ but he came back to town in time.”

After leaving Henri Bendel, Sevaria worked at a few East Side salons and then took off to work freelance in music and movies in France, Switzerland, Italy and Japan.

In the course of work, she met Harold and later joined his salon.  “He was like a father,” she says. While Harold’s customers were mostly Black, Sevaria has always had a diverse clientele.  She cuts hair, now with Covid precautions, in the studio and by appointment in customers’ homes.

“I don’t keep many photos, ” Sevaria says. “I have the names of my customers in my head.”  A listing of a few of the most famous includes actress Ruby Dee, opera singer Grace Melzia Bumbry, Diahann Carroll, Lena Horne (as well as her daughter and granddaughters) and Virginia Johnson, Director of Dance Theater of Harlem.  “I took care of her for years.”