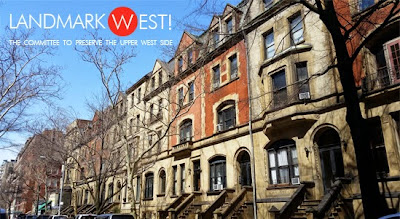 In March 2015, the City Planning Commission announced a massive citywide rezoning proposal that would raise height limits across the city and weaken hard-won neighborhood contextual zoning protections.  The stated justification for such radical changes: affordable housing.  Yet, the proposal contains no provisions to guarantee the creation of affordable housing.  While developers clearly stand to gain from loosened development controls, communities would suffer.
YOU SPOKE UP!  And it made a difference.  Thank you.  (If you haven’t yet weighed in, please scroll to the end of this post for tips on how to reach out.)
Acknowledging strong pushback from groups like LANDMARK WEST! and other dedicated New Yorkers, the Department of City Planning first extended the deadline for public comments, then issued a letter dated May 15, 2015, describing modest changes to the plan and the intent to provide additional information explaining how specific communities would be impacted.
Some good news is that height limits in midblock R8B districts (designed to protect rowhouse-scale midblocks) would remain unchanged.  The bad news is there are still troubling increases in height limits for new development in the eleven remaining districts. Citywide, height limits are still proposed to be raised by 20-30%.  On the alone, allowable building height will increase by 21% in R8A districts, 27% in R10A districts, and 30% in R9A districts.