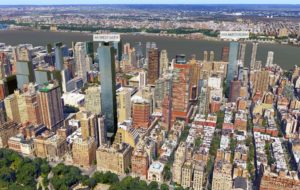 Two 600-foot-plus towers planned for the Upper West Side

Towers soaring to 600 feet and more are creeping beyond Midtown Manhattan into residential neighborhoods like the Upper West Side, threatening the balance between preservation and development that makes communities like ours so beautiful, livable, and valuable.  Mostly, these supertall towers are built as-of-right without any public review or analysis of impacts on neighbors, historic resources, infrastructure (transportation, sanitation, emergency services, storm resilience), and quality of public space.

Mayor de Blasio’s Department of City Planning defends these towers, under heavy pressure from real-estate developers and their lobbyists.  Grassroots efforts to update zoning regulations are ignored, even in cases where it hasn’t been updated in 50 years.  The Department of Buildings has allowed increasingly aggressive interpretation of the zoning, following developers’ leads when determining what is and is not legal.  Meanwhile new, cheaper construction technology makes it ever-more viable to build supertall buildings on relatively small lots.  Developers take advantage of financial giveaways like the tax breaks formerly known as 421-a.

Ideas to curb this growing NYC problem abound.  What’s needed are leaders with the political will to push for reform.  They would find an army of community and citizen groups lining up behind them.  Here are some suggestions:

Good public policy?  Yes.  Politically challenging?  Of course.  The developers (who fund political campaigns) will push back with all their considerable might.  But at a certain point, we have to ask ourselves, what kind of a city do we want to live in?