A WEEK AGO WE ALERTED YOU TO YET ANOTHER DESTRUCTIVE BILL – THIS ONE IS ON HOLD, FOR NOW
Today marks the end of Albany’s 2016 legislative session.
Thanks to YOU, enough concerns and questions were raised to convince state legislators to re-examine SENATE Bill 5496 / ASSEMBLY Bill 7807, which would amount to the biggest change to zoning in 55 years.
The bill seeks to amend the Multiple Dwelling Law by removing the floor-area-ratio (FAR) cap on residential buildings.  FAR is the primary zoning tool regulating the size of buildings in our neighborhoods.  Mayor de Blasio pushed for this bill under the guise of promoting “affordable housing” – a goal the proposed legislation does not guarantee.
On the contrary, as Crain’s reported, the “Change to state law could make way for megatowers.”
New York Magazine highlights impacts this legislation would have on our skyline in
“A Nearly Secret Albany Bill Could Bring a Row of 80-Story Skyscrapers to Your Block.”
Read Senator Liz Krueger’s Statement on this Bill.
Albany’s session resumes in January. So while we know this is on “pause,” the bill is far from gone.  Remain alert!  And thanks again for your activism. 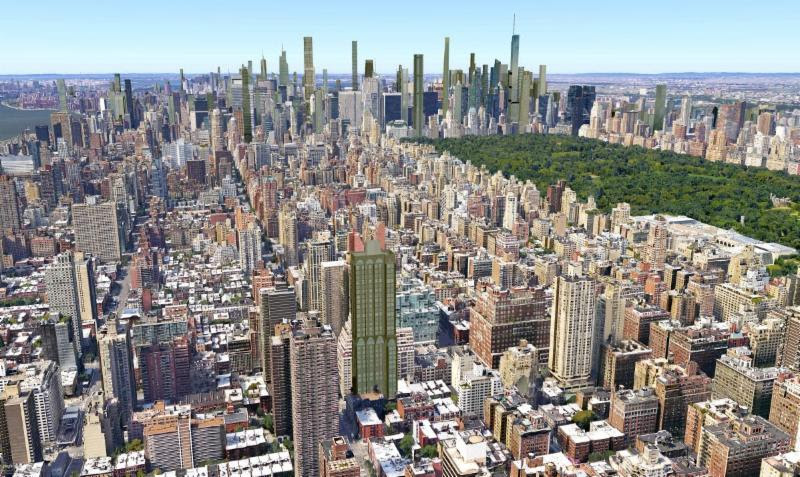 Proposed superscrapers, with 180 East 88th Street shown in the foreground (photo from 6sqft)