Going Soon! From a Neighborhood Near You 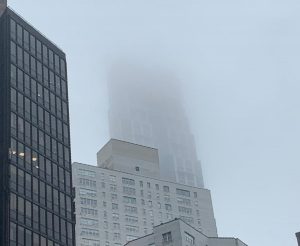 CONGRATULATIONS to our colleagues, both the Committee for Environmentally Sound Development (CFESD) and  the Municipal Art Society (MAS) on their win–and to many more!

Huge KUDOS to the Committee for Environmentally Sound Development and the Municipal Art Society on their legal decision against 200 Amsterdam, the 52-story, 668′ tall construction which is currently the tallest structure on the island of Manhattan north of 61st Street.  READ THEIR JOINT STATEMENT HERE.
Their diligence is commendable: after City Agencies twice failed the people of New York with denials of both a prior Department of Buildings challenge and a Board of Standards and Appeals appeal (wherein the DOB even noted on record that they never should have issued the permits…but asked the BSA to uphold them!) they continued to fight!
Once in front of an impartial judge, their arguments about the now infamous 39-sided, gerrymandered zoning lot, only possible via cobbling together segments of an already master-planned mid-century middle-class development, were heard for what they truly are-a miscarriage of zoning.
The New York Times, CNN, Fox5 NY, and other outlets are reporting that although the NJ-based Developer, SJP Properties is likely to appeal the decision, it seems like they may be required to remove up to 20 already-constructed floors.  While this is clearly a waste of resources, it was a gamble the Developer took after having been put on prior notice–when the building was still just a hole in the ground–that this assemblage did not follow the intent of the Zoning Resolution.
Learn more and CELEBRATE THEIR WIN–and YOUR WIN as this action is a huge step toward closing another developer loophole which impacts not only the UWS but New York Neighborhoods Citywide!
PRESS CONFERENCE TOMORROW
11am at 69th Street & Amsterdam Ave.
Support their hard work! MAS, CFESD and your neighborhood groups are fighting for all New Yorkers to curb Supertalls! And these fights are very costly.  Please contribute to the solution!
This win is PROOF-POSITIVE that we need to take these fights BEYOND our City Agencies to impartial judges.  We, too, have battled DOB and BSA, sister agencies who too-regularly side with the developer instead of the Zoning Resolution at 50 West 66th Street, where a developer seeks nearly 200-vertical feet of mechanical height in the body of the building through manipulation of a different loophole.
To date, our arguments have convinced half of the BSA.  Imagine what we can do in front of a real judge at the New York State Supreme Court–one who understands that mechanical space is for…mechanical equipment…and that 22% simply doesn’t cut it!
The tides are turning, and we must remain vigilant against abuse of zoning to protect our communities, and our city.