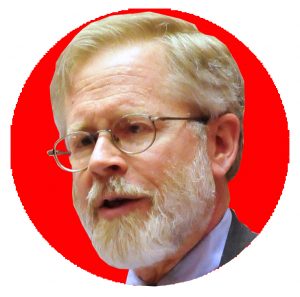 In his recent community update, Assembly Member Richard Gottfried reiterated his support of LANDMARK WEST! and our appeal of the permits for 50 West 66th Street.  His full statement below:

Board of Standards & Appeals’ Tie Vote on
Upper West Side “Supertall”
Continues to Sell Out Community
In an unusual 2-2 tie vote on January 25, the NYC Board of Standards and Appeals (BSA) failed to approve a community effort to overturn the Department of Buildings (DOB) approval of Extell Development’s application to erect a 775-foot-high “supertall” building at 50 West 66th Street.  The elected officials representing the area vowed to continue to fight alongside the community.  They called on the DOB to justify its granting of the permit, including the developer’s “mechanical deductions” for four full floors.  (A “mechanical deduction” lets a developer deduct space for a building’s mechanical equipment from the height calculation for zoning purposes, letting the developer build a taller building.)
Landmark West!, the neighborhood preservation organization that had filed the appeal with BSA, and the elected officials say Extell has never shown how the horizontal void space will be utilized, other than to boost the height of the building.  Landmark West! is reviewing its options, which include filing a lawsuit to block the project in NYS Supreme Court.
Although the BSA appeal, filed by Landmark West!, failed to win a majority, the rare tie vote showed that half of the BSA members object to Extell’s attempt to boost the height of its building by several additional stories.  At the BSA meeting, its Chair, Margery Perlmutter, joined the two BSA members who voted in favor of the appeal to urge DOB to develop clearer and more transparent policies and procedures to ensure that mechanical floor spaces are appropriately sized to serve their stated purpose of housing mechanical equipment and infrastructure needed to operate the building and not for other accessory or ulterior uses.
The 50 West 66th Street development is an abuse of zoning regulations, is contextually out of scale, and would set a terrible precedent for future proposed developments.  I stand with Landmark West! and local residents in urging the City to crack down on these and other developers’ abuses of the system.