On April 27, 1897, the 75th Anniversary of Ulysses S. Grant’s birth, Grant’s Tomb was dedicated. The occasion was a full public holiday, Grant Day, and attracted a throng of spectators to rival Grant’s funeral twelve years earlier. The dedication day parade featured 60,000 marchers (for comparison, the 2017 Macy’s Thanksgiving parade had 8,000 marchers), led by the West Point corps of cadets, and was observed by 1 million onlookers. President William McKinley addressed the enormous crowd as Mrs. Grant and her family observed the ceremony from the reviewing stand.

Grant’s Tomb, officially designated the General Grant National Memorial, stands as a tribute to Ulysses S. Grant (1822-1885), the principal author of Union victory during the Civil War and 18th president of the United States.  Designed by John H. Duncan and completed in 1892, it is located in Riverside Park at W. 122nd Street. The granite and marble monument is the final resting place of both President Grant and his wife, Julia Dent Grant (1826-1902). It is also the second largest mausoleum in the Western Hemisphere (the Garfield Memorial is the first). Grant’s Tomb is an individual landmark and an interior landmark, and is contained within the Riverside Park and Riverside Drive scenic landmark. 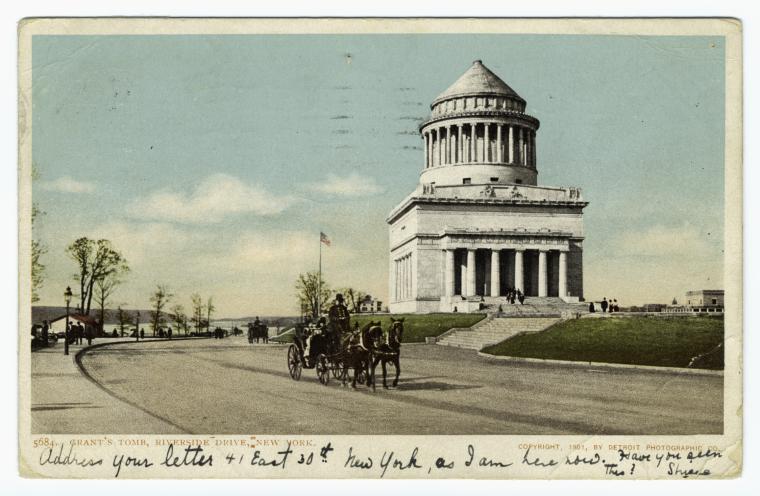 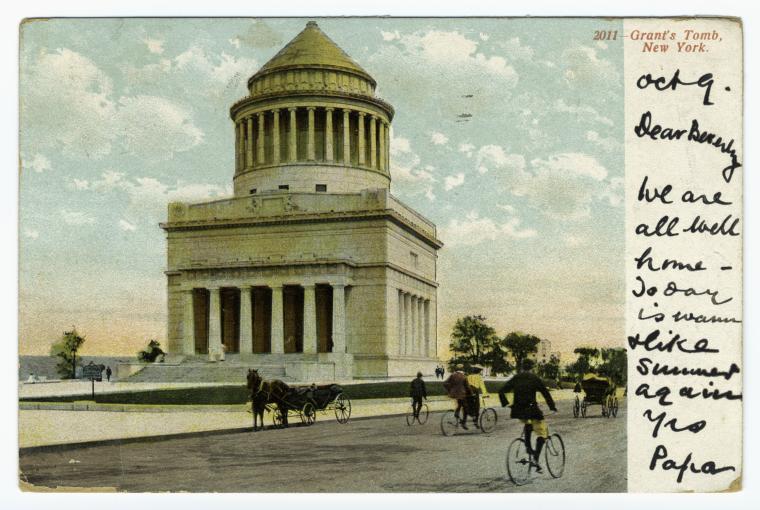 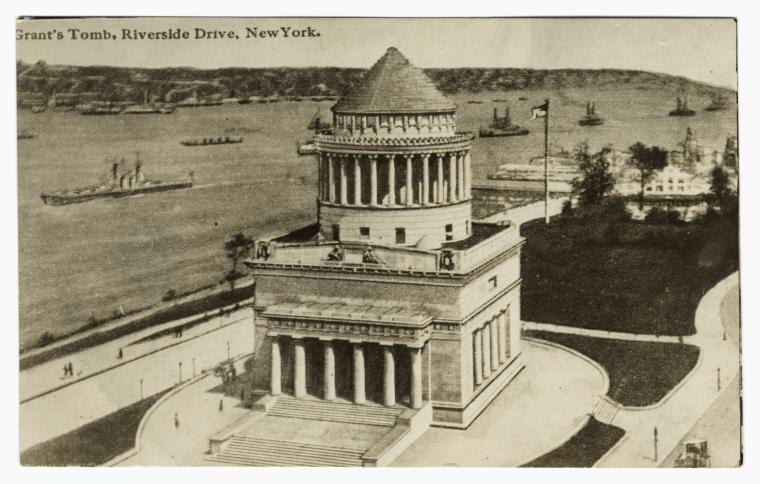 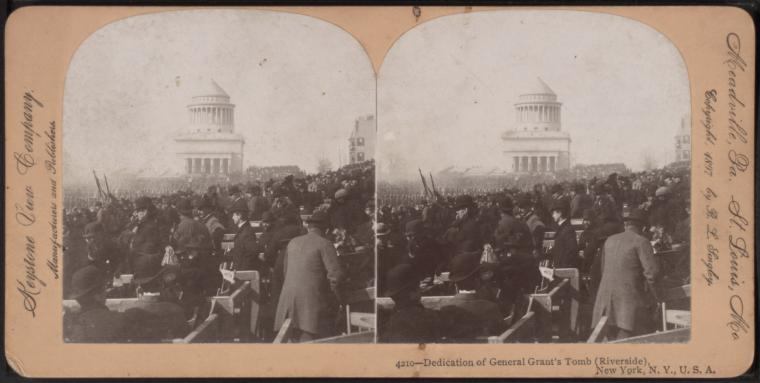 The issue of Grant’s burial site arose immediately upon his death on July 23, 1885, in Mount McGregor, New York, near Saratoga.  A figure of worldwide renown, Grant was recognized as one of history’s great captains and the pre-eminent American of his time. It was widely understood that his final resting place should reflect his stature. Although inclined to choose West Point as a burial site, Grant ruled this out since his wife Julia could not be buried there with him.  Other options included St. Louis, MO and his hometown of Galena, IL.  But Grant had lived in New York most of his last four years and he was grateful to the people of New York for their kindness and generosity after a financial disaster hit him and his family.

When Mayor William R. Grace offered to set aside land in any of New York City’s parks for the site, the Grant family originally considered Central Park, as at the time, Riverside was out in the country, and many New Yorkers didn’t know where it was. However, the park had very few trees and one of the highest elevations in Manhattan, offering great views of the Hudson River. The decision was made.

The Grant Monument Association (GMA) was formed within days of Grant’s death to secure a fitting tomb. Former President Chester A. Arthur was its president. Richard T. Greener, first black graduate of Harvard and political supporter of Grant, served as the GMA’s first secretary (1885-1892). Over $600,000 would be raised by donations from 90,000 people to construct the Tomb.

Besides being recognized as one of the nation’s greatest monuments, Grant’s Tomb was one of the most popular buildings in the country. In its early days, the Tomb’s annual visitation often exceeded 500,000. Visits exceeded that of the Statue of Liberty through World War I and throughout the 1930’s Riverside Park and Grant’s Tomb were popular destinations for Sunday drives.

During the 1950’s, the GMA, suffering from a declining membership and aging leadership, decided to transfer control over Grant’s Tomb to the federal government. The National Park Service took over the site in 1959 and officially named the monument the General Grant National Memorial. In the early 1990’s, volunteers called attention to the poor condition of the neoclassical memorial due to decades of neglect. Under pressure from several different directions, the government finally enacted a number of improvements.

On April 27, 1997, Grant’s Tomb celebrated its Centennial and was rededicated as newspapers announced that Grant’s Tomb was a monument once again.