FILE–Author James Baldwin gestures in a Feb. 25, 1985 file photo. James Campbell, the biographer of Baldwin, won a victory Tuesday, Dec. 29, 1998 in a 10-year court battle to obtain the FBI’s files about the internationally known black writer. But it came late: the biography, “Talking at the Gates: A Life of James Baldwin” was published in 1991. (AP Photo/Los Angeles Times) 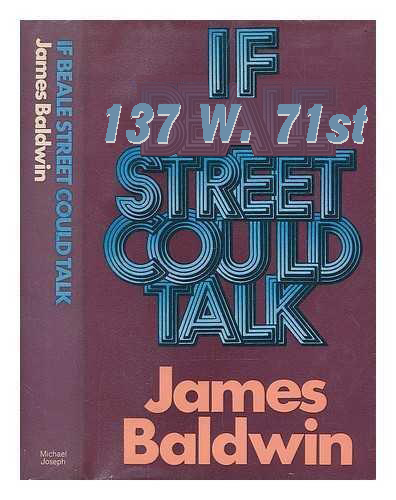 Already a landmark within the Upper West Side/Central Park West Historic District, this former row house, originally built in 1890, now has increased protections under the law in recognition of its significance to New York and American history.
Home to activist, playwright and author James Baldwin from 1965-1987, it was from this building that Baldwin used his talents for promoting love and understanding in hopes of improving race relations in America.
The James Baldwin Residence was one of six LGBTQ sites before the Commission, including: The Gay Activists Alliance Firehouse, The Caffe Cino, The Lesbian, Gay, Bisexual, Transgender Community Center, the Women’s Liberation Center, and the Audre Lorde Residence–all of which were designated today!
READ LW! TESTIMONY from the hearing.
At a time when intentional fear-mongering is being spread about the impacts of landmark designations, it is essential that the LPC remains steadfast in its mission to protect architecturally and culturally significant works from New York City’s past for future generations.

We THANK the Landmarks Preservation Commission for recognizing the social significance of this designation.