With the proposed rooftop addition at The Evelyn (101 West 78th Street) being the talk at LW! recently, I’ve been inspired to do a little rooftop addition research myself, and I came upon the case of 12-14 West 68th Street. As you may have seen from earlier posts from March 17, 2010 and May 4, 2010, this case involves an illegal rooftop addition that was constructed by the owners of the building. 14 West 68th St. is a Queen Anne-style house that was built in 1895 with a studio building (12 West 68th St.) attached to it: built in 1925. This illegal addition was discovered by a resident living in West 67th Street who wondered if the addition was ever approved by the Landmarks Preservation Commission (LPC). After public hearings and meetings, the LPC declared that the new addition was built on this landmark illegally. It seemed as though the original owners knew they lived in a historic district (the Upper West Side- Central Park West H.D. designated in 1990) but believed the addition was approved when they received the permit from the Department of Buildings (DOB). “How can a building owner get an addition past the Landmarks Preservation Commission? Easy: just don’t tell them!” as Curbed NY once stated. 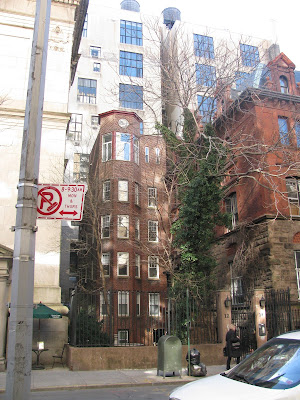 After constructing the addition, the property was sold to a new owner. The new owner proposed modifications that were to feature windows replicating those found on the studios building’s lower floors, new brick, and masonry matching the studio. A parapet was to be also removed and reduce the illegal addition height by seven feet. The LPC denied the legalization as declared that the illegal addition must be taken down.
However, this illegal addition is still standing today, three years after the LPC determined that it should be demolished. The addition is still standing strong and tall without a fright. Many are demanding that the decision of the demolition of the illegal addition should be enforced. We need to have our landmarks protected and the rules enforced!