June 6, 11am: City Hall Rally to Defend the Landmarks Law! 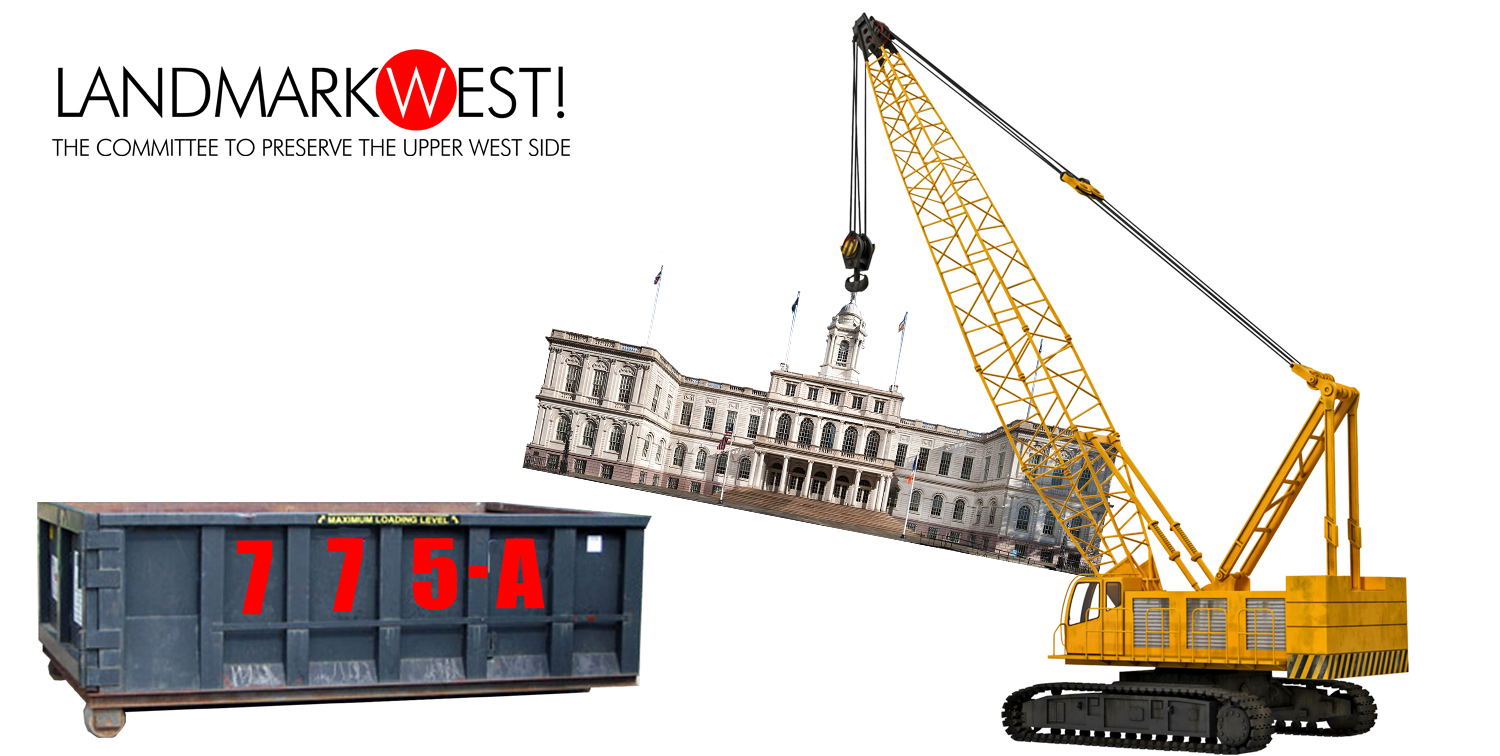 Please join us for a

Opposing Intro. 775-A, the Developer-Driven City Council Bill
that Threatens Landmarks-in-Waiting,
Makes Existing Problems with the Designation Process Worse
Some City Council members are pushing for the bill to be passed at the Land Use Committee meeting (without any public testimony) on Tuesday, June 7, at 9:30 am.  The text of the bill was just released yesterday, June 2, and reveals little consideration of public concerns about how proposed changes to the NYC Landmarks Law would hamstring community efforts to protect the places that matter most.
Please help us send the message to Council members that Intro. 775-A is bad for New York’s neighborhoods!
Write to members of the City Council today to urge them
not to support Intro. 775!
Our colleagues at the Greenwich Village Society for Historic Preservation have set up a handy electronic form letter, available here.

own Council member, too!
Thank you!
Intro. 775-A seeks to impose arbitrary timelines on the Landmarks Preservation Commission’s process for considering potential landmarks and historic districts.
Please consider making the following points in your message to Council members:

The clear “winners” in this weakened process would be those who seek to block landmark designations (the Real Estate Board of NY, for example, which endorses this bill). Once again the public loses, par for the course as media reports and federal investigations of real estate deals involving developers, their lobbyists, political contributions, and the de Blasio administration continue to emerge.