Made for the Job 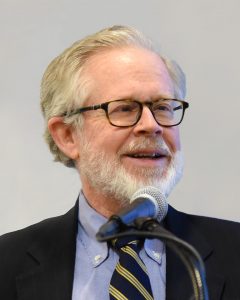 Hard to imagine someone more perfectly made for the work of a progressive activist in the NY Legislature than State Assembly Member Richard Gottfried.  First elected in 1970, he will have held this position for 52 years when he retires at the end of 2022.

Gottfried currently represents the neighborhoods of Chelsea, Hell’s Kitchen, Midtown Manhattan, and portions of Murray Hill and the Upper West Side.

Assembly Member Gottfried has been chairman of the powerful Assembly Health Committee since 1987.  His appointment, he says “was a life changing event.  Overnight, health issues became the overwhelming focus of my legislative work.”

Growing up in Flushing, Queens, Gottfried went to public elementary, middle and high schools.  His parents had been members of the Young People’s Socialist League in the 1930s.  Later, they were members of the neighborhood Reform Democratic club. Conversation at the dining room table was often about politics.

At Stuyvesant High School, he and three friends bonded in “a gang” where the focus was on politics.  One member of the group was Jerry Nadler who was elected to Congress in 1992 and is still serving.

Gottfried’s interest in running for elective office was inspired by JFK’s campaign for the presidency.  “When I was 13 in 1960, watching him (on TV) I decided that elected office was what I wanted to do.”

In college, Gottfried became involved in activities to protest the war in Vietnam.  When he returned home to the West Side, he was deeply engaged in community organizing, especially related to housing, advocating for tenants to know their rights and assert these rights.  This is something “that continues to be a big area of need.” Other major areas of his effort went towards criminal justice and activities for the protection of reproductive choice in New York.

Gottfried’s activism continued while studying at Columbia Law School.  He remained close to that group of high school friends.  He says they (along with other supporters from his involvement in mobilizing support for change in the community) were essential to his successful run for the NYS Assembly.

Seventeen years later, Gottfried was immersed in the extraordinarily multi-faceted realm of healthcare.  Among his first monumental achievements was the passage in 1987 of a bill that ensured confidentiality of the records of HIV/AIDS patients.  Prior to this, Gottfried explains, sharing this information was up to the informal ethics of particular clinicians.  Without legal protection and assurance that records would not be shared, patients were reluctant to submit to testing, to seek a diagnosis and receive care.

Passage of the bill “was one of my proudest achievements. It saved lives,” he says.

In 1992, Gottfried introduced the New York Health Act, first state single payer universal health care bill in the country.  He still carries this bill today and it has repeatedly passed the Assembly.  The bill would cover all New Yorkers with no copays, premiums or deductibles and no restricted provider networks, among other potential gains.  Gottfried describes this as “a kind of improved Medicare for all.”  If enacted, it would eliminate the role insurance companies maintain in defining coverage, allowing for direct negotiation between the state and drug companies.  It would “save New Yorkers 60 billion each year.” Funding would be supported by a progressively-graduated tax, dependent on ability to pay.  “If passed, that certainly would be my proudest achievement.”

Another more recent career highlight was Gottfried’s introduction of a bill in 2003 to legalize same sex marriage.  “It made sense,” he says. He explains further that with marriage considered a fundamental bedrock of our society, denying entrance to “this club” to members of the LGBT community was “outrageous.”

Eventually, Governor Spitzer introduced his same sex marriage bill and Gottfried withdrew his bill and he and Assembly Member Daniel O’Donnell agreed that O’Donnell should carry the governor’s bill, which became law in 2011.

Locally, Assembly Member Gottfried’s most impressive achievement is the creation of the Hudson River Park.  As the author of the legislation to create the park, he negotiated the bill with the governor, the mayor and the senate after many years of community engagement to be signed in 1998.

Throughout his career, in all parts of his district, Gottfried has worked to prevent excessive development, promote historic preservation, and preserve and develop affordable housing.

Asked which Governor over the past five decades he has found most supportive, Gottfried says that apart from Governor Kathy Hochul who he respects and admires but has only been in office five months, he would single out Governor Eliot Spitzer who served from January 2007 to March 2008. “He wasn’t in very long but he was a strong advocate for a lot of progressive issues.  He was good at bringing people with varied views to the table.”

Plans for retirement?  “I’m really retiring; I’m not looking for another job.” Gottfried says the demanding job he loves has never seemed like work.  He notes however, that although he considered early on that he might combine being a practicing lawyer with being a legislative member, it was soon clear for him being an assembly member had to be his full-time work.  Since those early days, he has not had any other job than the Assembly.

Hopefully if Covid considerations recede, he and his wife will be able to travel “without having to worry whether the Assembly will be in session.”  Also, he’ll have more time to devote to his longtime hobby of doing Chinese calligraphy, where he uses brush and ink to draw characters on rice paper. Painting in watercolor using traditional Chinese techniques is another interest he’s pursued for years and soon there will be more time and fewer pressing distractions.