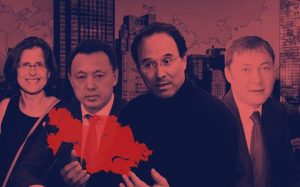 Considering the rarity of the Department of Building Revoking Permits, and in this case, even more so after they’ve denied a DOB Challenge where they re-checked their work, there has been some media buzz.  Check back here for updates.

THE REAL DEAL  Wednesday’s decision by the building department could have ramifications for other new development projects employing similar penthouse-perching construction features.

PATCH  The move to revoke building permits now is surprising, given that the city Department of Buildings ruled in November to favor developers in a zoning challenge filed by neighborhood preservation groups such as Landmark West! and planning consultants at George M. Janes & Associates.

CURBED We are very pleased that the administration is taking this issue so seriously in terms of W. 66th Street, and we await a final decision.  City Council Member, Helen Rosenthal

WEST SIDE RAG From the beginning, I have opposed the developer’s decision to use a monstrous 160-foot void to boost the number of condos with views—and boost sale prices—while robbing the community of sunlight and air. Manhattan Borough President, Gale Brewer

New York 1   Elected officials and advocacy groups slammed the project, saying the architects had found a loophole to make the building taller than it should be.

GOTHAMIST  The latest decision represents an about face for the DOB. Last year two neighborhood groups filed a challenge against the project, saying that it violated the city’s zoning codes. The measure had the backing of elected officials, including City Councilmember Helen Rosenthal and Borough President Gale Brewer.