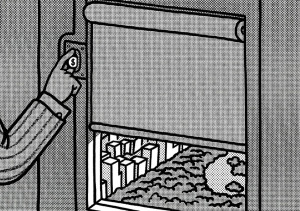 Late last year, Upper West Sider Max Frankel posted a curious thought piece in the New York Times Op-Ed “Make Them Pay for Park Views“. His argument was that developers are making vast sums as they “enrich themselves by exploiting weak zoning rules to pour hideous implants into Manhattan cavities” — which is only half true.  Those “cavities” are the Steinway Building, the Rizzoli Store, the former Hard Rock Cafe…

Frankel’s attitude is look, these towers are here, so don’t get mad- get smart!  He suggests a scaled tax “for the height of each unit, and discounted, like theater seats, for undesirable obstructions” and he coins in the ‘window tax’.

His thoughts stirred up a swell of interesting thoughts.  The Times published a few here, including letters from Community Board 7’s own Peter Samton, an architect and member of the Preservation Committee who acquiesces “though the city would benefit financially from the added income this tax procures, we who love and use the park would still lose”.  Michael Gruen, President of the City Club of New York, also weighed in, noting “parks are not assets to be monetized…in the end, you only generate more towers and make the situation worse.”

What do you think?  Add your two cents in the comments section!

Read a PDF of the original piece HERE and responses HERE.

Featured Image and Thumbnail Image via Pete Gamlen for The New York Times.