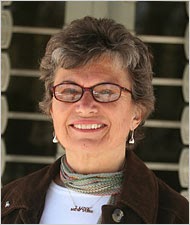 The New York Times City Room blog reported last night that Roberta Brandes Gratz was removed from the NYC Landmarks Preservation Commission as of October 26, 2010.  Gratz – journalist, preservationist, and most recently author of The Battle for Gotham: New York in the Shadow of Robert Moses and Jane Jacobs – was appointed to the Commission by Mayor Michael Bloomberg in 2003.

The Mayor giveth, and the Mayor taketh away.

Gratz was often “a thorn in the side of the commission, freely speaking her mind, even if her views clashed with other commissioners, City Hall or the chairman, Robert B. Tierney,” reports the Times.  Bloomberg deliberately failed to reappoint Gratz when her term expired, even as other commissioners had their terms renewed, leaving her to vulnerable to removal at any moment.