The Call You Make When School Lets Your Child Down 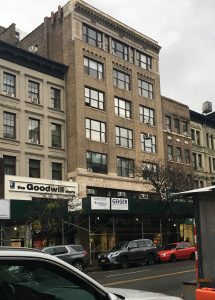 When Steven Goldstein, Esq., describes the difficulties, some children have as they struggle to learn, he gives examples of various alternatives to the conventional approach used in the schools that works for some, but not all children.

For example, a child with dyslexia may respond best to recognizing letters and how they are pronounced through a “multi-sensory approach” where they hear the sound of a letter, are shown an object shaped like that letter at the same time, and can touch a stuffed toy that is shaped like the letter. He explains these details like an educator and a mental health expert. He is a very upbeat and experienced attorney who represents children when a family feels the public school system is not sufficiently addressing their child’s needs. Most of these children have some form of learning disability or multiple disabilities, which need to be addressed by specially dedicated and skilled teachers.

Goldstein is an expert on the laws that require the NYC Department of Education (DOE) to provide every child with a disability that affects his or her learning with a free appropriate public education. Defining what that means for a particular child, occasionally guiding parents through the preliminary process of interacting with the school and particularly undertaking the charge of suing the DOE to cover all or some of the costs of special education when it is not available in the public schools defines Goldstein’s primary professional mission.

The multi-step process usually begins at the school level when a child suspected by the school to have special needs is assessed by a school psychologist. Then a team of teachers and others draft an Individual Education Plan (IEP) for that child.

If a school is unable to provide the instruction the child needs, and it is proven that a child can only be adequately served by a specialized school, they may be pointed to a number of private schools that accommodate special education needs. The parent may select one of these schools, most of which are costly.  The annual tuition may be as much as or more than a year at a private college.

Where Goldstein comes in is as an advocate for children in an effort to have the DOE pay for the special schooling.  He says negotiations in the form of an informal hearing most often result in favor of the child.  The process is often grueling for parents who have to deal with going through every aspect their child has fallen short in, in the sense of not being able to keep up with other children.  Parents may mistakenly see these evaluations as criticism of their own parenting skills.

If they pick up the phone looking for help, Goldstein is reassuring.  As he tells clients, every child he encounters who has been told they cannot do something, has in fact surpassed what their families were told were their limitations.  Still, he says, “most parents who’ve been through the process have told him that they would never want to do it again.”

Goldstein’s interest in his specialized field connects with having an uncle who was cognitively impaired. “He grew up in the days before the kind of supports we have today were available.”

He became involved with the field after working as a lawyer for the NYC Department of Education.  In the job, he learned the ins and outs of working within a large bureaucracy.  He says he gained an understanding of what might and what might not be achieved and came to understand the perspective of many of his co-workers.

Leaving that job after three years, Goldstein started working on the other side of the table on behalf of children.

His work brings him into contact with families from all walks of life across the five boroughs.  He says that ensuring that a child with disabilities gets a good education is challenging whatever your financial situation.

For many years, he worked in a downtown office. “Somehow I thought lawyers should work downtown or in midtown.  But, when the firm he was subletting from gave up its’ lease at the beginning of the pandemic two years ago, Goldstein rented an office at 155 West 72nd Street.  Only ten minutes away from his home on the Upper West Side to the work he loves, Goldstein says happily that the move has “added many hours to my day.”