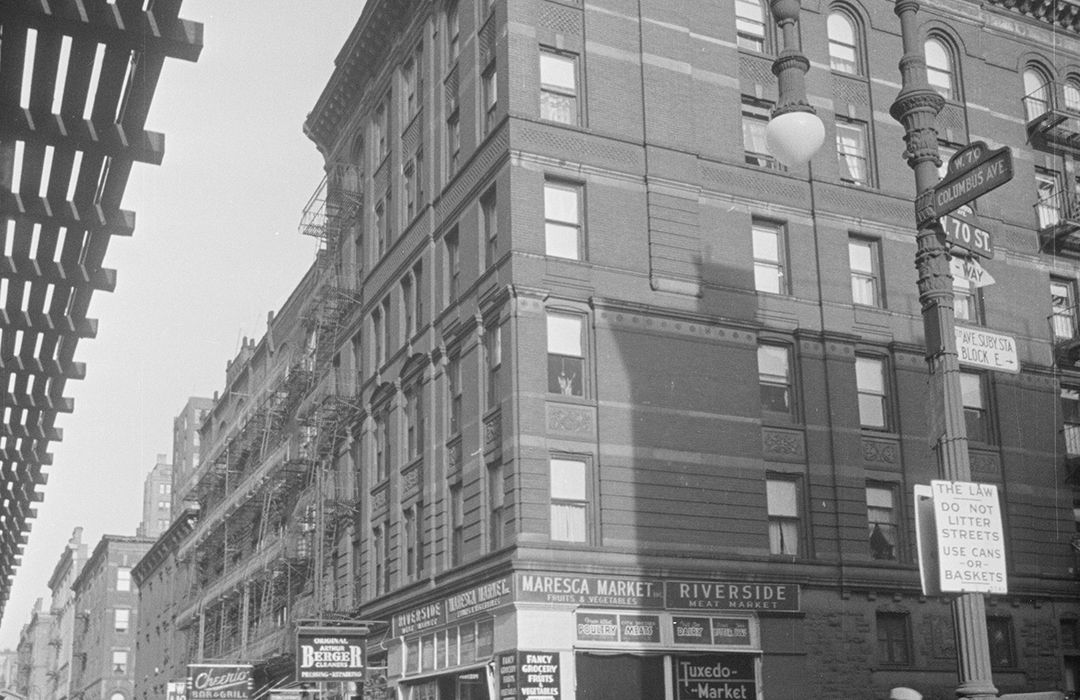 On Blind Violinists, Bootleggers and Brothels

On February 5, 1887, the Real Estate Record & Builders’ Guide reported that architect Arthur Donovan Pickering was working on plans for a six-story apartment house on the northeast corner of Ninth (soon to be renamed Columbus) Avenue and 70th Street for developer George W. Rogers.  The article noted, “The building will be of the Italian style of architecture…and will have three flats [i.e., apartments] on each floor.”

Completed in 1890, its five floors of red brick sat upon a base of rough-cut brownstone.  Decorative terra cotta panels and creative brickwork enhanced the building’s design.  The double-doored residential entrance was around the corner at 65 West 70th Street, while two stores occupied the Columbus Avenue side.  A handsome brownstone plaque near the entrance announced the building’s name “Tuxedo.”  It was a nod to the fashionable resort communities of Tuxedo and Tuxedo Park, New York.

The monthly rent for the six-room-and-bath apartments averaged $55—the equivalent of about $1,730 today.  The well-heeled tenants appeared in the society pages for their entertainments, engagements, weddings and funerals.  On June 24, 1892, for instance, The Yonkers Herald announced “At 8:30 this evening at the home of the bride’s mother, Mrs. Helen M. Scholefield, 65 West 70th street…occurred the marriage of Miss Virginia Scholefield to Rev. Arthur C. McMillen.”  The article noted, “The house was beautifully decorated with daisies and cultivated flowers and the spacious drawing room was quite filled with friends of the contracting couple.”

And on December 26, 1897, the New York Herald reported on the engagement of Louise Van Zandt St. John to Robert White Butler.  “Miss St. John is the only daughter of Mrs. William St. John, of No. 65 West Seventieth street, and is an extremely pretty girl of the brunette type,” said the article.

Among the more interesting of the residents in 1913 was Irish immigrant James Madden.  Known professionally as Professor Madden, he was the leader of the four-man Erin-Go-Bragh Orchestra.  What made the accomplished violinist particularly noteworthy to the press was that he was blind.

Another widowed socialite to see her daughter married was Sarah Chester Jones Rogers Whittingham, whose husband, Harrison Whittingham had died in 1889.  (Whittingham was the author of the posthumously published book, That Farm: Recounting the Adventures of a Dry-Goods Merchant Who Went Back to the Land.)  Anna Amelia Rogers was married to Theodore Franklin Conrad in St. Stephen’s Church on June 3, 1903.  Now alone with a staff of one or two, Sarah remained in her apartment in the Tuxedo until her death on December 19, 1909.

In the meantime, the corner store had originally been home to the La Rochelle Restaurant.  Following its closure in 1905, the space became the Riehl & Conghlin Market.

Among the more interesting of the residents in 1913 was Irish immigrant James Madden.  Known professionally as Professor Madden, he was the leader of the four-man Erin-Go-Bragh Orchestra.  What made the accomplished violinist particularly noteworthy to the press was that he was blind.  He was the guest of honor as a “very interesting reunion” at Gannon’s Hall on April 18, 1913, as described by the Irish-American newspaper The Advocate.  The article noted that his orchestra “will have charge of the musical arrangements,” and added, “Professor Madden would like to hear from parties holding wedding receptions or other social affairs.”

Another Irish-born resident was Frederick E. Richardson.  The son of John Richardson, he had grown up in the Georgian style manor house, Grove Hall, in County Donegal.  In reporting on his engagement to “the very well-known society girl,” May G. Oliver on May 27, 1917, The Brooklyn Daily Eagle noted that since arriving in New York he had become “interested in manufacturing.”

The press coverage of a few residents was less flattering.  Perhaps most notable was Anna Collins who was living here by 1914.  When Eliza Morris sued her husband, Harry L. Morris, for divorce in 1916, she named Anna as the other woman.  Private investigators had discovered that he was frequently seen at her apartment.  The implications went far beyond an extramarital affair, however.  Court papers claimed, “That as a result of said investigation…the said address in 1914 was a disorderly house.”  In other words, the private detectives suggested Anna was running a brothel. 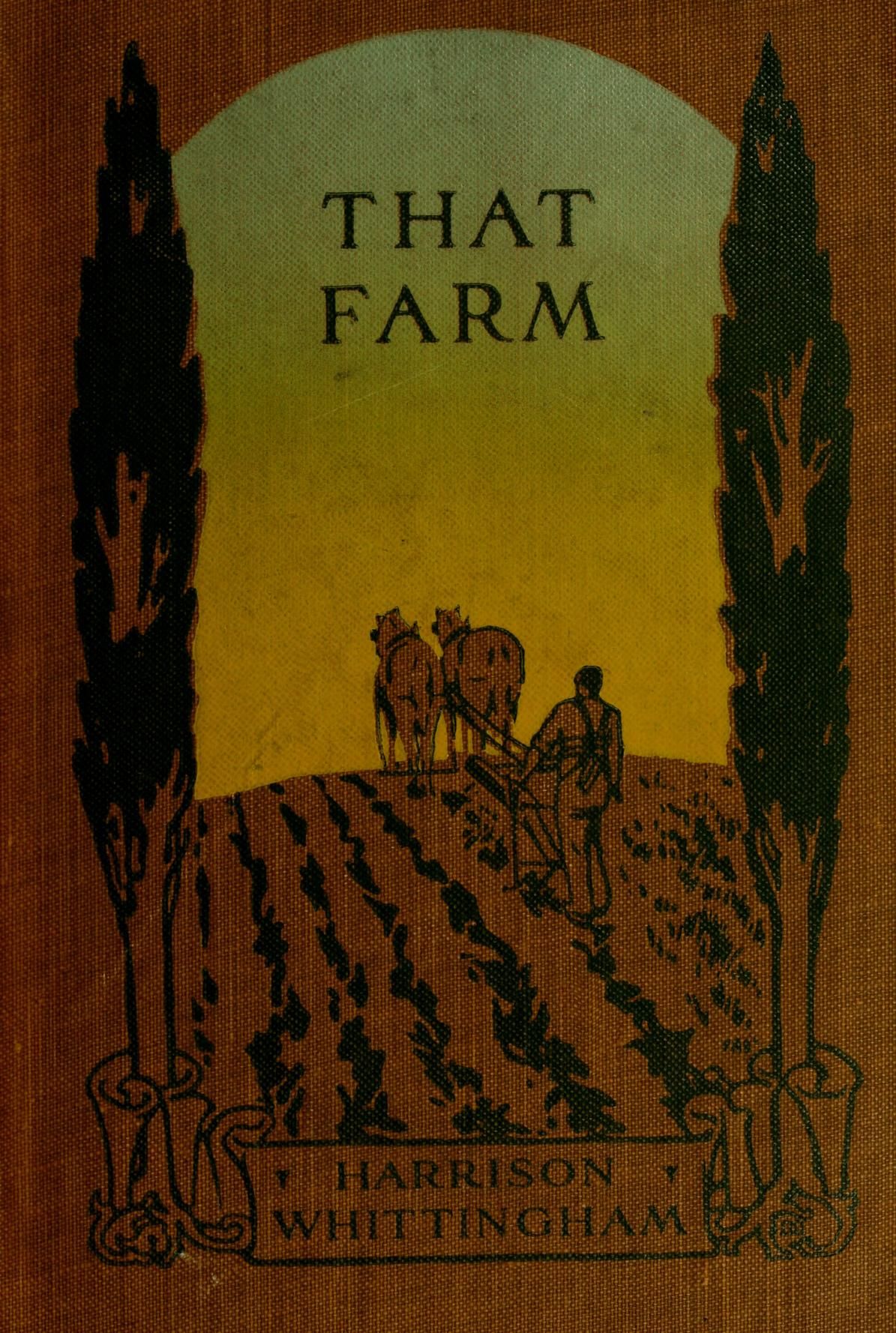 That Farm: Recounting the Adventures of a Dry-Goods Merchant Who Went Back to the Land

On Saturday July 21, 1928, resident Eugene Cloud was headed to work at the Edgemere Laboratories in Edgemere, Queens.  He was riding on a 10-car Long Island Railroad from Brooklyn to Rockaway Beach.  The train started to cross the drawbridge at Broad Channel at Jamaica Bay, but it had not been lowered.  The train derailed and some of the cars—including the one in which Cloud was riding—were plunged into the water.

He told a reporter that he had been looking out the window and was about to light a cigarette.  “As I put my hand in my pocket to get a match, the car lurched,” he said.  “I was pitched forward some five feet.  The passengers were all floundering about inside the car, which had become flooded with water.”  Cloud managed to escape through a window, and then held onto a rubber air brake line until he was rescued.    Luckily, he suffered only contusions of the legs.

Cloud and three other employees of the Edgemere Laboratories had come up with a scheme to make extra money.  During Prohibition, the Government allowed certain manufacturers to use alcohol in their products.  Edgemere Laboratories had a 1,000-gallon allowance for making perfumes and extracts.  Their plot fell apart in February 1929 and Cloud and his co-workers were arrested for “diversion of alcohol.”

On February 9, the Standard Union explained, “It was brought out that most of the alcohol was poured into a pipe that ran through an adjoining radio store and into a garage, located in the rear…and disposed of for beverage purposes, thereafter.”  Eugene Cloud was found guilty but got off with a relatively lenient sentence–$100 fine (about $1,500 today) and six months parole.

When his tenants refused to leave, Widlandski fired the super, and had the windows broken out of vacant apartments resulting in broken pipes and water cascading into lower apartments.

In 1932, with Prohibition ended, brothers Giacome and Frank Maresca obtained a liquor license for the corner space.  Exactly how long the tavern remained is unclear.

Many of the residents who lived in the Tuxedo stayed for decades.  Living here in 1979 was Robert Currie.  He had arrived in 1923 when, at four years old, he was orphaned and was taken in by his grandparents.  He told a reporter from New York Magazine that when he was a boy the building “was considered the best on the block…It had a doorman, and a tradesman wouldn’t dare come in the front door.”

In 1977 real estate operator Abe Widlanski had purchased the building with plans to modernize it and bisect the six-room apartments to three.  Eight tenants took his $1,500 offer to move but, according to Robert Currie, “Most of the remaining tenants have been in the building 40 years or more, and the lone ‘newcomer’ arrived in 1959.”  Several were elderly, living on pensions or Social Security, and one was nearly 90.

When his tenants refused to leave, Widlandski fired the super, and had the windows broken out of vacant apartments resulting in broken pipes and water cascading into lower apartments.  During the winters of 1978 and ’79 there were periods when the hot water was shut off.  In the end, the inhumane methods did not work and today there are still just three apartments per floor.

In 1974 the interior decoration shop, Iris S. Layne, opened in 223 Columbus Avenue and would remain for a few years.  For several years starting in 2000 the corner space, 221 Columbus Avenue, was home to Metsovo, a Grecian restaurant.   It was replaced in 2008 by Amber, which offered Japanese, Chinese and Thai cuisine.  The space is home to a Corcoran real estate branch office today.  Next door, Artiste Jewelers opened in 2007.

Shop local to support the businesses currently at 221-223 Columbus Avenue: